5 Keys to Q2 Trading – What Will Move Markets

It’s difficult not to keep sharing the updates on the 10-2’s spread, but it’s necessary to prepare you for the near-term trading opportunities and to help you position yourself for potential recessionary events. Potential.

The 10-2’s spread closed yesterday at 4 basis points (.04%), which makes inversion likely in the next one to three trading days, unless something changes, which at present, I don’t see happening.

It’s important to realize that inversion does not mean instant onset of recessionary events. Historically, it takes the economy 6-18 months to fall into recession (based on the long-term record of the 10-2’s spread inverting).

It’s also worth noting that in the 12 months after inversion occurs – and this is the weird part – the S&P 500 has typically GAINED 15%.

While you’ll hear the media banging the recession warning drum (over and over), remember that time is still on your side.

First, I don’t buy anything coming out of Russia; none of this peace talk. Any change in the invasion of Ukraine isn’t likely to move markets significantly because the sanctions imposed on Russia aren’t likely to be lifted immediately (if at all, give Biden’s recent comment on Putin).

Even if they are, you’re looking at weeks to months before any normalcy returns to supply chains, resources, oil, etc.

Another reason: If you’re a CEO of American company, are you going back into Russia to do business given the way they’ve treated businesses in the last month (confiscation, threats of arrest, etc.)? Nope.

This means stock selection will be both more difficult and more important for you as an investor or trader this year.

We’ll be working on data to support that analysis in the weeks ahead.

We have four negative impacts on the market right now: the Fed is number one (I’ve covered two others above, and I’ll detail the fourth in days ahead); and it isn’t just interest rate increases. The Fed’s plan to reduce its balance sheet is a greater threat to the markets (this is “QT” or quantitative tightening, if you want the technical details).

In the last decade, we’ve seen the Fed expand its balance sheet to prop up the economy, or outright rescue the economy. Now, the swing is to make the economy run on its own (more or less).

One thing to note – and apologies for the in the weeds discussion here – recessions are typically triggered when Real Interest Rates are at or above 2%.

How much of a threat does that pose right now? Surprisingly, the answer is none.

Yes, negative. Which means the Fed would need to raise interest rates by more than 5% to reach that 2% level.

(For those who care, the accepted definition of Real Interest Rates is the Fed Funds Rate minus 5-Year TIPS/Treasuries Break Even Rate). Here’s the math breakdown: 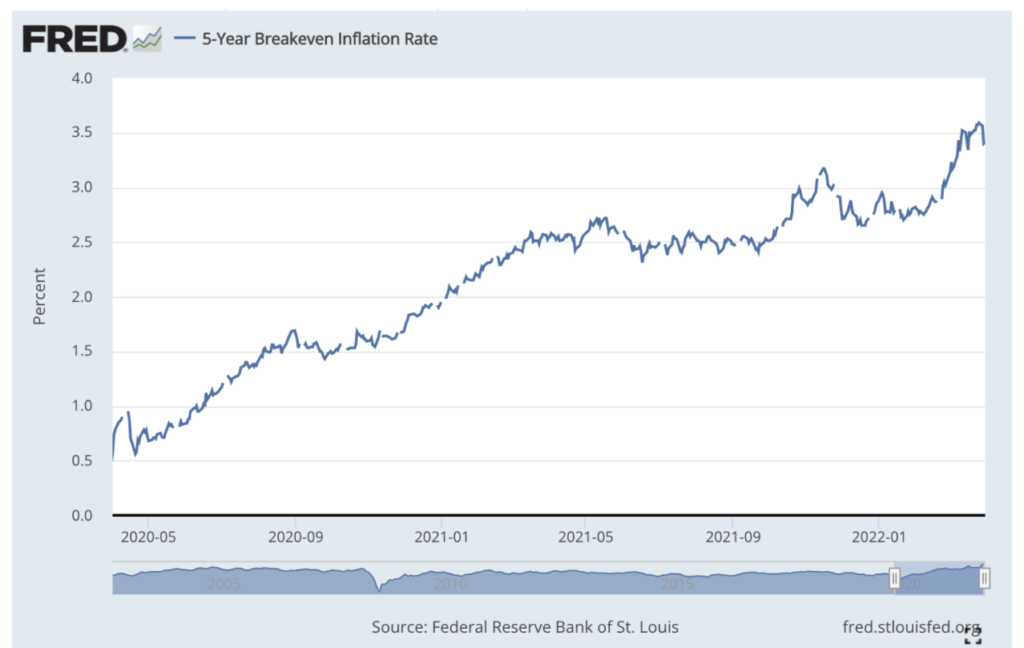 Why I point this out to you: inversion of yield curves, inflation, rising interest rates can compound into the rising of Real Interest Rates (the first two affect the 5-Year TIPS rate, the latter is in the formula I shared with you).

When or if Real Interest Rates approach that 2% level, that’s a time to get more defensive in your portfolio; to reduce capital exposure in your trading account or to hedge your portfolio against potential correction or bear market shifts.

It doesn’t mean stop trading. It means be prepared to trade differently than you are accustomed to trading. I’ll share an example of what I mean in the next section.

If you’ve typically traded higher beta stocks, you’ll find yourself temporarily out of favor. If that’s happening, don’t be afraid to hit up some ‘boring’ stocks for income.

Do any of these stocks look exciting? The returns do, but I don’t hear anyone shouting, “I OWN VALE!”

Those are the current top five performers in Triple Play Income, which targets higher dividend-paying stocks, and sells both put and call options against those stocks to increase the income collected, in addition to the dividend and potential appreciation.

CF, Consolidated Freightways, is turning in a stellar year as demand for transporting goods has increased with the supply chain recovery. We haven’t even collected our first dividend of the year and we’ve already returned 12.7%. 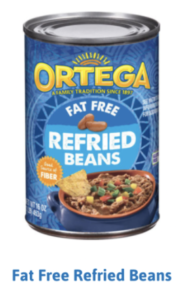 These are the types of companies that I call “boring” stocks. When everyone else wants the Amazons, the Teslas, the Apples … I think you’ll find the better opportunities lie with these lesser known, off the radar companies.

Don’t be afraid to target stocks like these. Given the returns to date, they are beating inflation, beating interest rates and beating the S&P 500 (by a wide margin).

Tomorrow, we’ll highlight Jobs (March), Weekly Jobless Claims and any other data necessary to get you through the weekend.