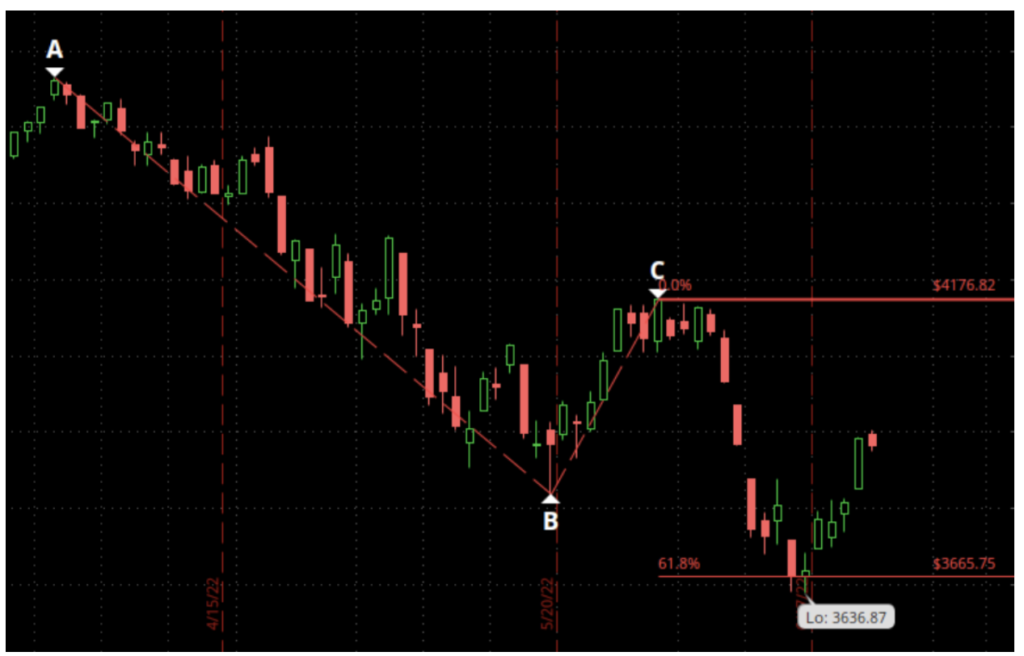 Now, if you’re like me when I first learned about this, you might be saying, sure, but hindsight is 20/20 and you didn’t know about point C until the market started coming down, and then maybe it was too late to use the 61.8% extension as a profit target, and so on.  That is true, but there’s a lot you can learn about how to anticipate pivot points to use as your Fib Extension points, but that would take way too long to discuss right now.
Next is the Fibonacci Retracement tool, which is similar to Fib Extensions, but it only uses two points and helps predict the levels we might retrace back to from the current trend.
Let’s take a look.  Using the Fib Retracement tool, I set my points at point C and the most recent low.  The retracement levels are in green and should give us some insight as to where we may go from here.  Remember, we’re in an overall downtrend, so we’re retracing back up before we head back down. 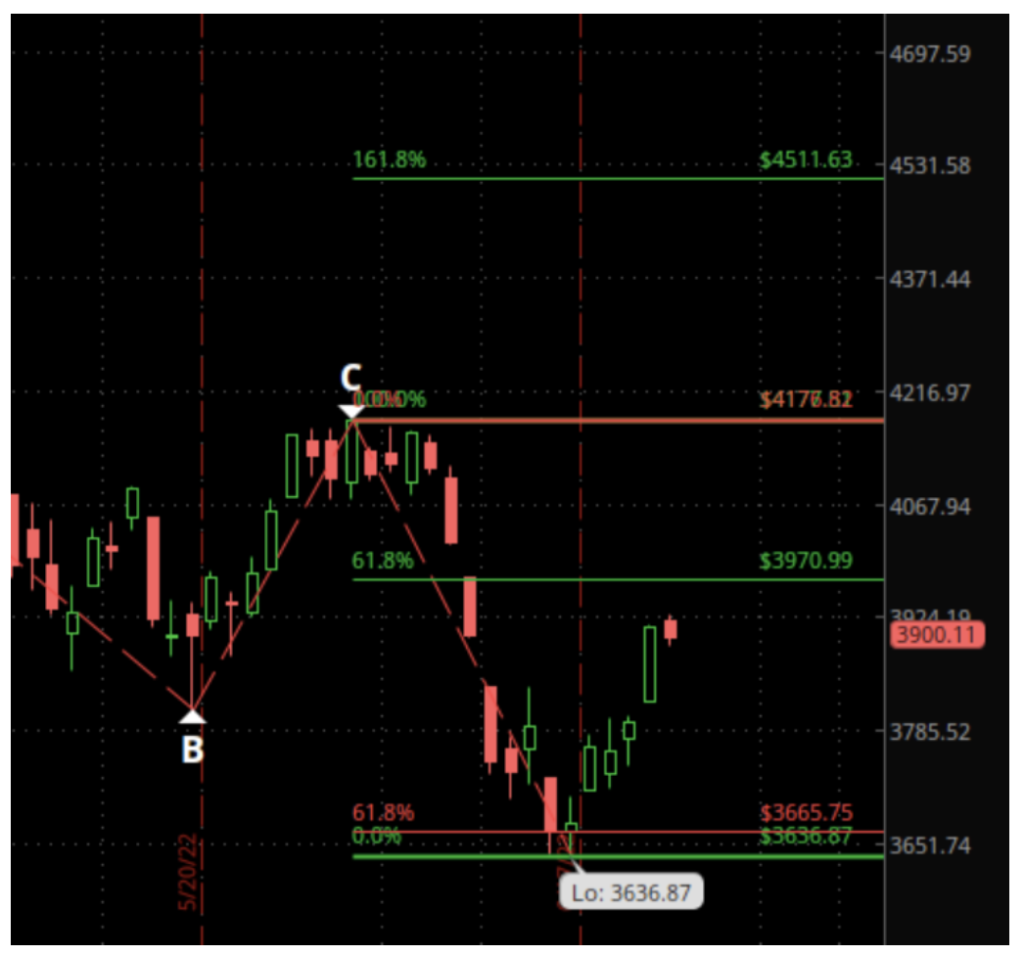