Are We Headed For A 100-Basis Points Rate Hike? 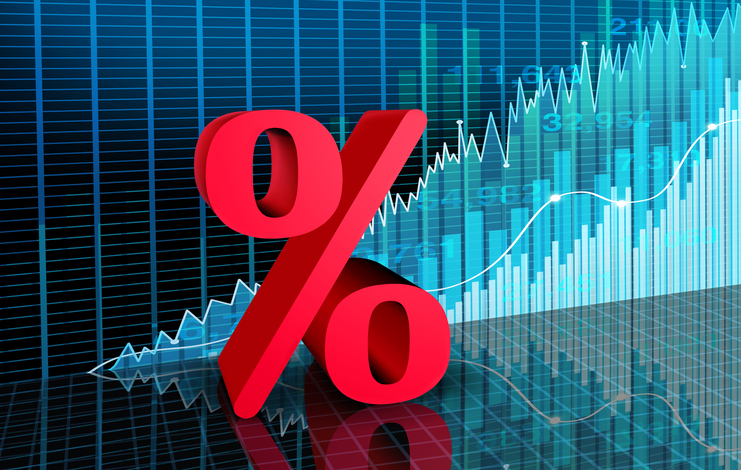 Sometimes you have to admit that you’re wrong, and I was wrong about the banks. After JP Morgan (JPM) announced earnings and fell to new lows, I thought the writing was on the wall for the other bank stocks, but Citigroup (C) announced better-than-expected retail sales data and helped lift the rest of the banking stocks.

The main difference is that JPM deals with more corporate clients and is affected more by a slowdown in corporate production. Wells Fargo (WFC) and Bank of America (BAC) each gained more than 5%, highlighting credit quality and capital reserve levels to help weather the last quarter.

If the Fed does raise interest rates by 100 basis points, we could see a global slowdown hurt the likes of JPM more than the other banks during this next quarter. Will we see this story play out during the rest of earnings where business-to-business companies are losers while consumer-related businesses squeak by?

What was announced on Friday? Retail sales rose more than expected. In other words, strong consumer spending. I would expect so – everything costs more so as long as people bought anything, retail numbers were going to be strong!

What I think is more telling is that Industrial production is DOWN by 0.2% month-over-month while the consensus was anticipating a positive number. Companies still have inventory to move and are slowing production in anticipation of slowing demand.

It’s a new week, so let’s check out the reports that will influence the market this week.

But first, I want to remind you that tomorrow, July 19th at 10 am ET, I’ll be participating in the Synergy Traders Event where I’ll discuss the 8 Trillion Dollar Market Place: The Metaverse. You’ll want to register for this 3-day event, where I’ll be one of 30 sessions covering some of the best advice on the topics of Investing and Long-Term Trading. Reserve Your Seat

Continue reading below for the list of reports impacting the market this week.

Tuesday – Housing Starts (8 AM EST) – It’s not secret the Fed wants to put the flame out on the red-hot housing market. They seem to be accomplishing their goals as housing starts and permits have been slowing down sharply. I guess millennials will have to wait a little longer to be able to buy a house.

Wednesday – Existing Home Sales (10 AM EST) – Similar to new home sales, we’re expected to see existing home sales slow as well, with an estimated decline of 8.6% year-over-year. A decline is ok to cool the market and curb inflation, but we’re looking to avoid the steep drop that we had during the 2008 recession.

Wednesday – Petroleum Status Report (10:30 AM EST) – Energy has been falling with the anticipation of a global recession and therefore less oil needed ro run factories, drive cars, etc. If this status report shows an increase in inventories, we should see prices at the pump decline some.

Thursday – Jobless Claims (8:30 AM EST) – Jobless claims have been moving higher with the 4-week moving average up to 235.75k. This is pointing to easing strength in the job market. As unemployment rises, companies get to pay their new employees less, increasing their profit, reducing their costs, and ultimately helping their bottom line and reduce inflation. Although I still have a hard time rooting for an increase in jobless claims.

Thursday – Philadelphia Manufacturing Index (8:30 AM EST) – The 6-month general outlook index in the June report posted its first negative reading since 2008. The market is already pricing in a variety of bad news, but this can drive the market if the reading is either better or worse than expected.

Friday – PMI Composite Flash (9:45 AM EST) – The flash report is released 10 days prior to the final PMI report. We will start to get an idea of new orders, stock levels, employment and prices from manufacturing and service industries.

Have a great trading week! Let’s do this.

PrevPreviousIs The U.S. Really About To Give This Industry $52 Billion?
NextSuffering From Inconsistent Trading Results?Next