Are We Headed For A Short Squeeze?

I took a day off from the market and I missed one of the most significant moves we’ve had in months.

As earnings are announced, we’re finding that more companies did a good job lowering their expectations last quarter and now they are “beating” expectations this quarter.

Ok, so yesterday the market rejoiced and pushed higher on all of this positive news.  But what was the positive news?  Consumers are spending while ignoring a possible recession?

Or maybe the market pushed higher on the news that Apple (APPL) said they are reining in their hiring and spending due to fear of a future recession.

This is why I love earnings season.  Anything can happen.

That’s also why I have a specific trading plan that I use during earnings.  The emotional swings can be a little much if you’re not comfortable with the price action.

If you’ve struggled with haphazard results or emotional swings with the market over these past six months, I urge you to take advantage of a quick, 2-part video series by Jody Samuels.

I’ve had the pleasure of getting to know her over the last couple of months and her training is worth your time.  I can’t stress that enough.  If you’re seasoned or a newbie, there’s something for everyone.

This free training is available for you here.

When you’re done with the training, come back and we’ll go through some key levels for the S&P 500.

The S&P 500 chart finally broke through a long-term downtrend line, which has the potential to be positive news, but we need follow-through and I would expect to see a return back to the trend line and use that as support.  Or, will we match the late May, early June price action (#2) where we broke through the previous downtrend line and then moved sideways before kicking lower?

We’re up about 5% in 4 days, so don’t be surprised if we see a pullback here.  But if there’s a followthrough today on the breakout above the trendline from yesterday, we could see some price action to the upside, even if the fundamentals in the market are still shaky.

That said, here’s a weekly chart, and a key level that we need to hold by the end of the week is $390.  If we can hold that level, we could be on the way to $407.  There is so much cash on the sidelines and so many people are bearish that there is a chance we get a short squeeze here. 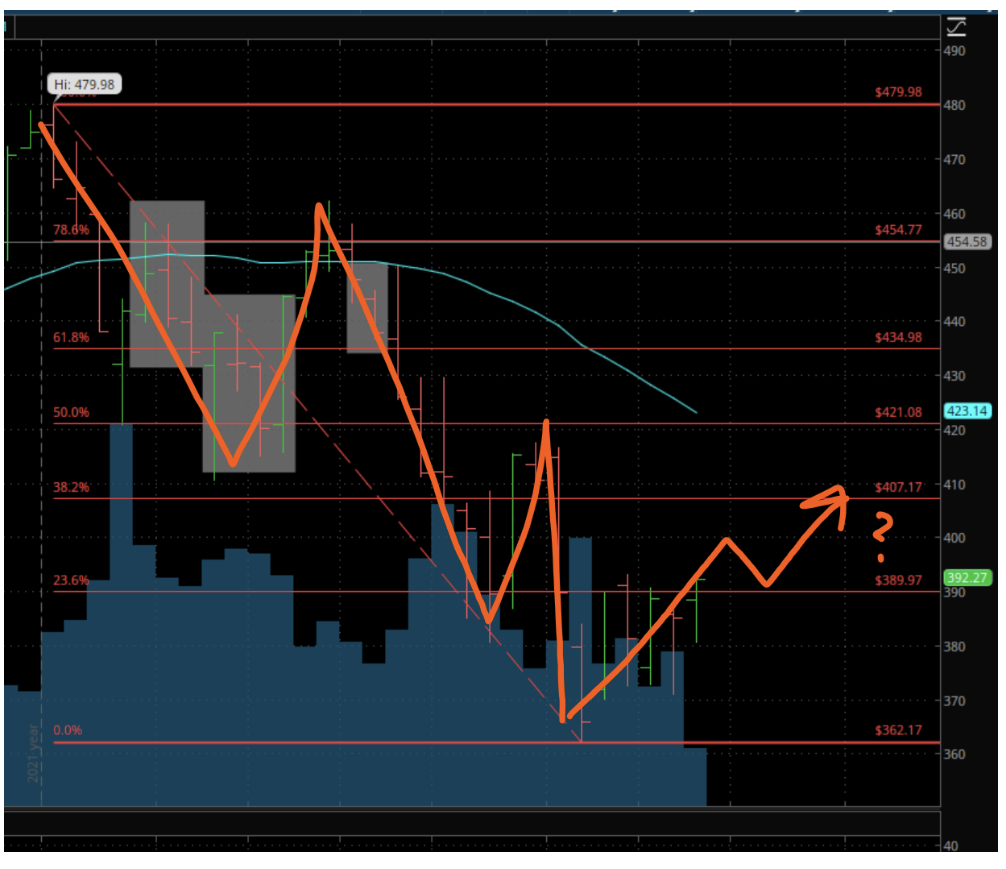 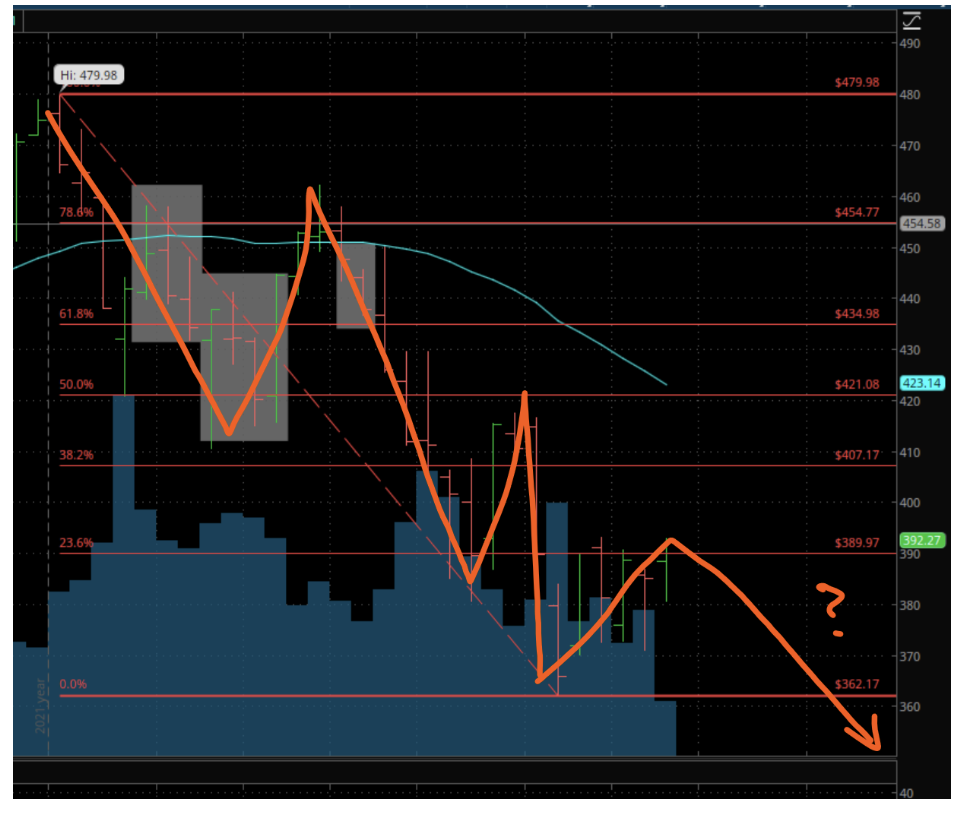 While we wait to see where we finish the week, we’ll turn our attention to the upcoming Fed meeting.  I’ll see you tomorrow!

If you have any questions, comments, or anything we can help with, reach us at any time.
Email: [email protected]
Phone: (866) 257-3008
Jeff
Guest Writer, Filthy Rich, Dirt Poor
Editor, Wealthy Investor Society
Receive the latest news