Are You Ready For Earnings?

This week is a shortened trading week with the US market closed on Friday, April 15th.  However, that doesn’t mean we can take a break quite yet because earnings week starts off this with reports coming from companies like JPMogan Chase, Wells Fargo, Goldman Sachs, BlackRock, Morgan Stanley, Citigroup, and PNC.  We’ll also see earnings from Delta Airlines and United Health.

The March Consumer Price Index is also set to be released on Tuesday.  The annual rate of consumer inflation is projected to climb to 8.3%, up from 7.9% in February.  However, despite rising prices, consumer spending and retail sales are projected to report higher numbers in March than in February.

With three weeks to go before a projected half-point rate hike from the Fed, we’re likely to see small bouts of dip-buying followed by bouts of profit-taking, leaving us with little in the way of momentum to either side.

Premium sellers crave volatility and we’re sure to get that this week with earnings.  There are several trading techniques that can be done depending on your goals.  If you own the stock already and want to hedge against a downside move, buying a put can help offset losses.  Later this week we’ll talk about using inverse ETFs to hedge your overall account, but today we’re going to talk about an options strategy called the Iron Condor.  See, this is why you should get into trading options tactics. They all have fun names!  More on that below… 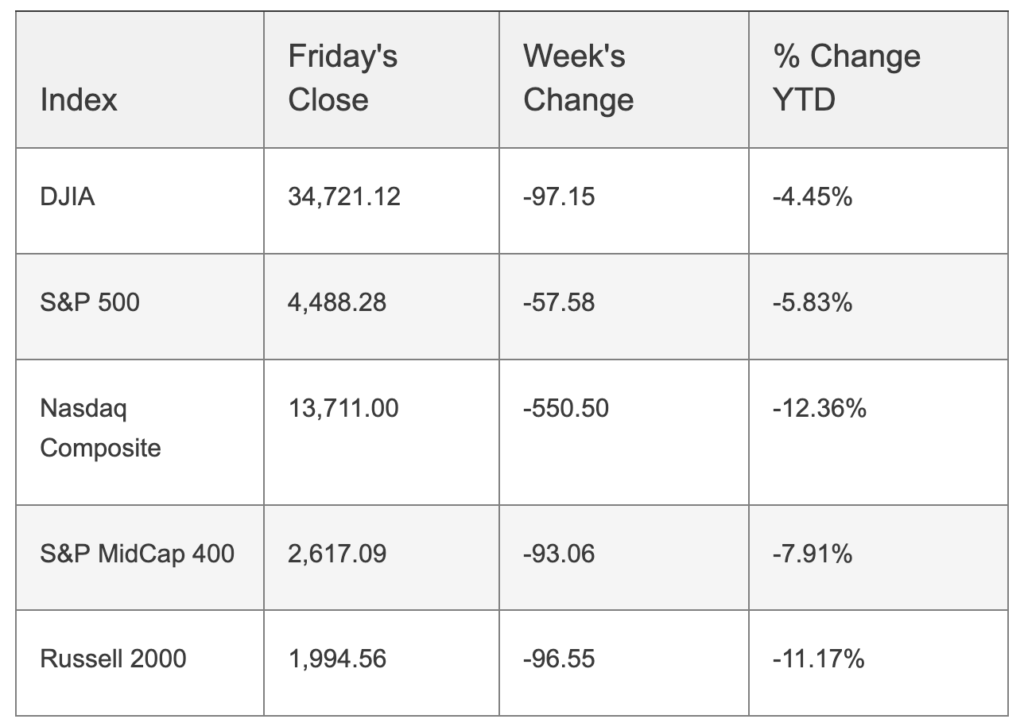 The strongest sectors based on a 1-week relative performance is Healthcare, Consumer Defensive, and Energy.

Meanwhile Healthcare, Consumer Defensive, and Utilities are performing the best over a 1-month period. 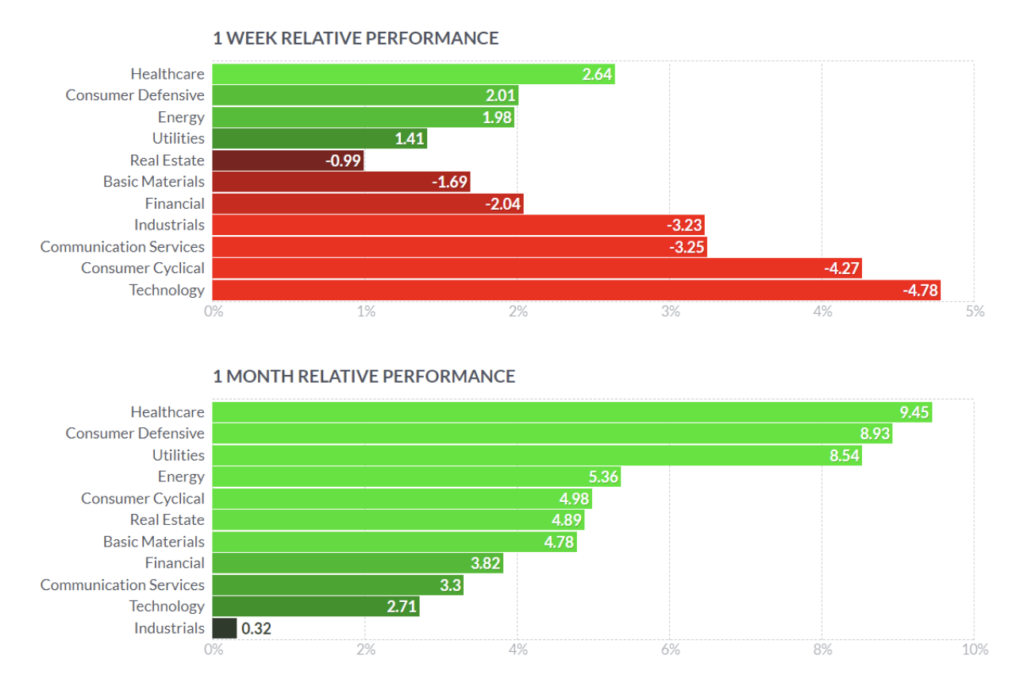 If you know what a stock price will do after learnings, by all means, let me know.  How many have you have been burned by companies releasing better than expected numbers only for the price to sink after earnings because a company reduced its outlook or maybe a company you invested in missed on earnings expectations but the price still went up because they didn’t miss as bad as expected?  It’s enough to make you mad.

If you think that JPM will stay within its expected range the week of earnings, you could look to sell options at the expected range.  For example:

If your trade is showing profits before the expiration date, you can always buy back the spread at any time.

How about you? What’s your favorite way to trade during earnings season? Let us know!