Are You Ready For The Second Half? 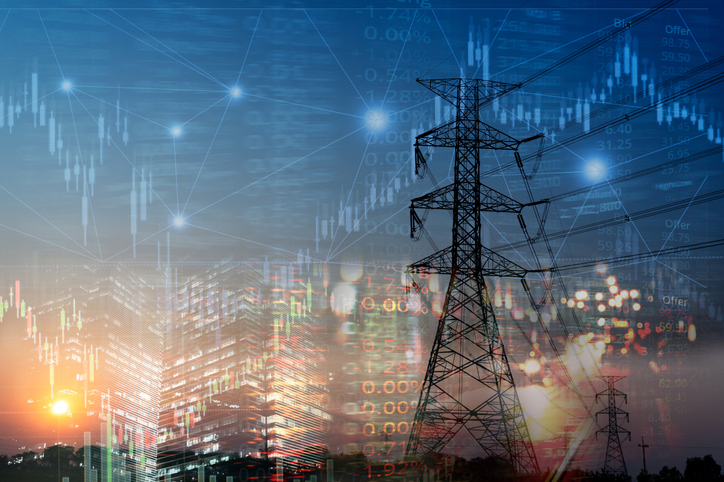 I hope everyone had a safe and happy holiday. My heart goes out to the people impacted by the shooting outside of Chicago. It certainly puts some things into perspective.

We’re looking at another shortened trading week, so let’s look at some key events you need to know about.

Wednesday – FOMC Minutes – The Fed releases its official view at the end of each meeting with a public statement, however, the minutes of the previous Fed gathering are reported three weeks after the meeting. Market makers pour over the meeting minutes, parse out every word, and then update their analysis.

Thursday – International Trade in Goods and Services – The consensus is that we’re at an $85 billion dollar deficit for May, but that would be an over $2 billion dollar improvement from last month’s report.

Thursday – Jobless Claims – We’re estimating that there will be fewer new jobless claims from the previous week, showing that while the job market may be cooling off, it’s doing so at a very slow, deliberate pace. We keep hearing about companies like Tesla (TSLA) and META (FB) laying off workers as they expect a global slowdown, but so far we haven’t seen a significant change in jobless claims so far.

Friday – Employment Situation – Friday’s report will go into more detail about nonfarm payroll growth in June. The report looks at a set of monthly labor market indicators and will be used to determine the official unemployment rate. The consensus is that the unemployment rate will remain at 3.6% with a year-over-year average hourly increase in earnings by 5%. A soft landing recession will need the unemployment rate to fluctuate slightly each month, but we could see more trouble in the markets if we see a substantial increase in the unemployment number.

Continue reading to look at the key SP500 levels I’ll be watching this week.

Here’s a chart of the SPY, which is an ETF that is 1/10 the size of the index, but the charts look the same.

I’d expect some light trading as many will be taking additional time off this week, but we could see trading volumes return on Wednesday.

We know that Utilities had a good week last week, so I set out to find companies in that sector that haven’t had a major move already. If Utilities continue to rise this week, I wanted to find a stock that might be lifted by its peers.

That brings me to Constellation Energy Corporation (CEG). It’s in a bit of a consolidation pattern, but if it respects the support line, it has more potential to the upside.

I like using bull put spreads to collect premiums by selling options, but limiting risk by purchasing a further-out-of-the-money “insurance” leg.

Ticker: CEG
Sell to Open 19 Aug 22 $55 put
Buy to Open 19 Aug 22 $50 put
Total Credit: $152 per spread
Total Cost to Place Trade: $348 per spread
Stop Loss: 4.5% away, if stock cross under $55
Target: Normally I’d want to purchase the credit spread at 50% profit, but with market volatility, you can look at a 25% profit target. Be careful though, because you have to make sure your profit targets, percentage of winners, and stop loss targets are still net positive over a number of trades.

Note: Option prices will adjust as soon as the market opens. I look for at least a 25% credit of the width of the strikes, so I will not look at the trade if I can’t get a minimum of $1.25 for a $5 wide spread.

If you set up the trade, the risk profile should look like this: 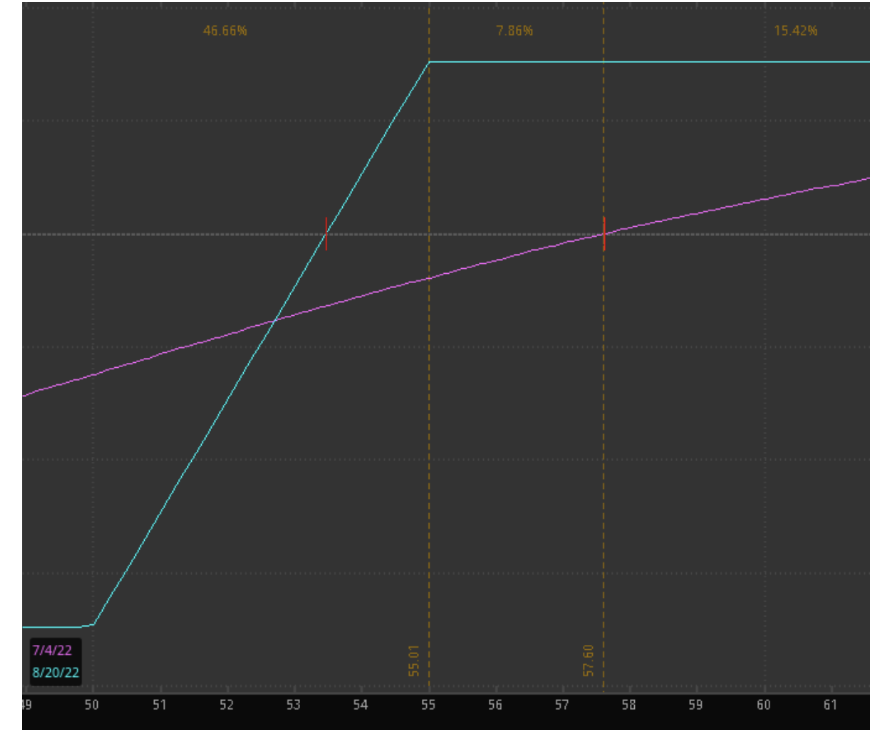 Be good to one another.

PrevPreviousCovered Call Income for Less
NextStream Your Way To SuccessNext