Are You Ready To Ride The Wave?

We will see if the ISM Manufacturing Index is the canary in the coal mine because it came in under the consensus reading of 49.9 and returned an actual print of 49. This is showing that of 300 manufacturing firms nationwide, the purchasing managers are seeing a contraction in new orders. We’ve been hearing for a while now that global demand is slowing.

The interesting story that I continue to follow is that as the Fed hikes up rates at unprecedented amounts and as PCE inflation numbers are slowly leveling out and coming down, the new jobless claims remain low. This week we were supposed to see 238k new claims, yet only 225k came in. That number is much lower than last week’s 240k.

Although it may not feel like positive news for those in the tech industry, the overall job market remains strong. If not strong, it’s resilient. I suppose that’s one reason we see volatility lately. When was the last recessionary period when the unemployment rate remained low? Maybe we’re not in new territory, but we are in a unique period of time.

With the jobs report out of the way, we shouldn’t have too many news stories to worry about until the next Fed meeting on December 13th – 14th.

Here are the strongest sectors as of yesterday and for the past week. Healthcare, Basic Materials, Technology, and Communication Services had a good day yesterday as well as a good week and are likely to continue being market leaders heading into next week. 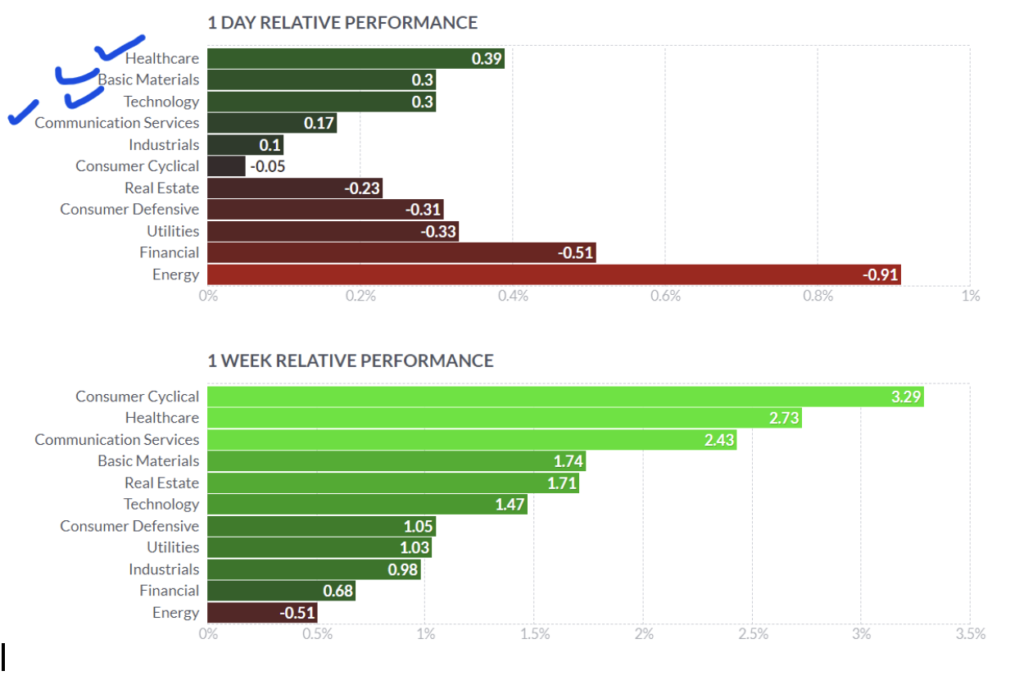 Now let’s look at the charts to identify key levels of support in the market and where we could go from here.

Here’s a chart of QQQ from December last year up until April.

You can see that we almost had a 61.8% retracement but that level failed and we headed lower for most of the summer.

Here’s the latest QQQ chart and once again we’re marching up to the 61.8% retracement level from the August high to the October low. Look for resistance around $304.25. That could signify a major trend reversal (going bearish to bullish) in the tech sector if the QQQs can trade higher than $304.25. 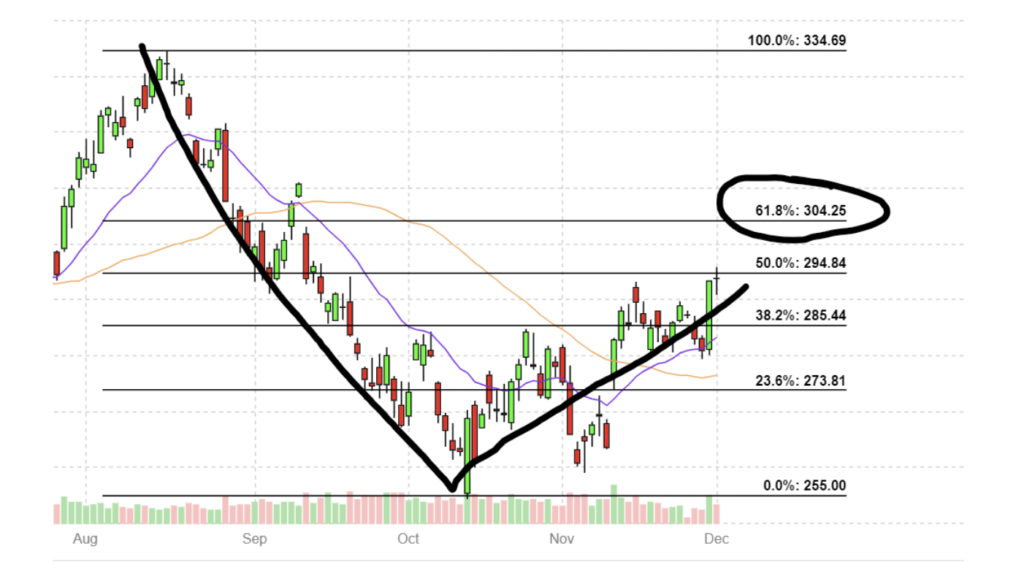 The DIA may be the key to saying this time is different than the previous fake-out.  Here’s a chart of the DIA over the same time period.  Again, it had two attempts earlier in the year to break over the 61.8% retracement and both times failed almost immediately after.  Fast forward a few months and the DIA has completely blown through the 61.8% retracement and has had a V-shaped recovery and is now sitting at the August highs.

One last chart.  This is the IWM, representing the Russell 2000.  Since this index is filled with less-known companies, it is often said to be a gauge of how much risk investors are willing to take.

It doesn’t mean the end of a bear market, but getting all four indices going above a key retracement level on their respective charts could be a sign that the overall trend is changing.

I still think 2023 is going to be a volatile year, but we could be moving in the right direction to start the year off.

Since December is the month of trading patterns, here’s the pick of the day.

Now let’s see if we can ride the Tidewater (TDW) wave. It recently had a blastoff (or impulse) move. Then there was a zig-zag wavy pattern followed by a pullback. If the stock completes the pattern, it could go as high as $40 by February. It doesn’t mean it will go straight up and I’d like to see it continue to trade higher than the 20-period moving average with a couple of consecutive higher highs, but I do like the setup. 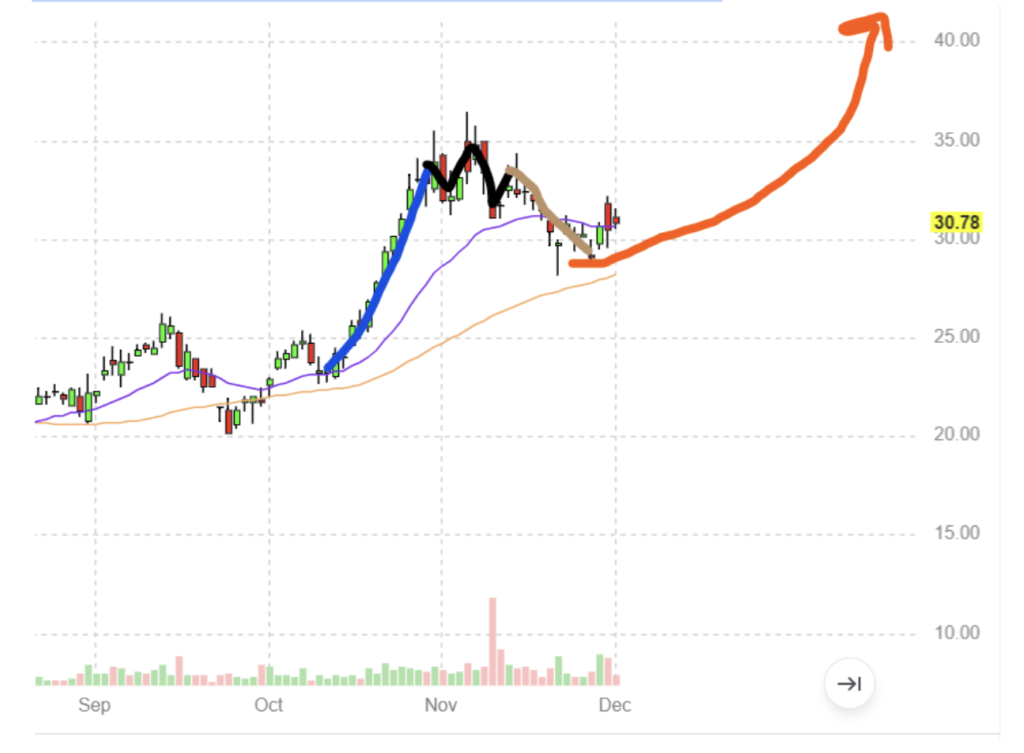