Bulls and Bears Clash With No Clear Winner 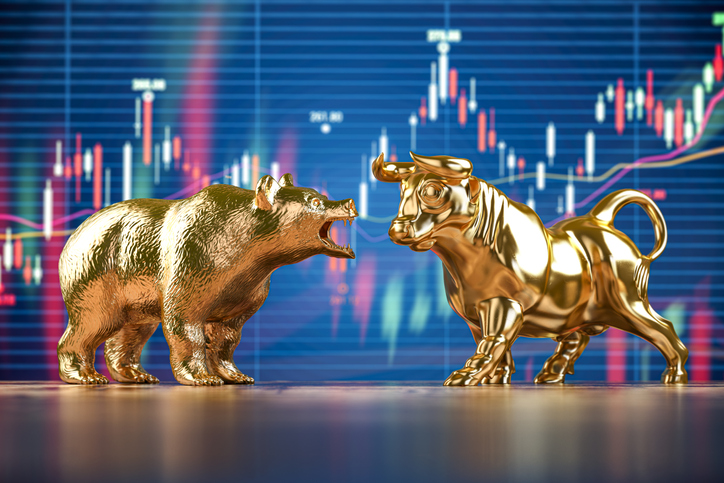 I’m writing to you from Traders Reserve’s Millionaire Trading Club event in beautiful Las Vegas! I know you’ll be watching two days of fantastic speakers, so I’ll try to get this brief…. I said ‘try’.

We saw an intraday move of about 5% in the Dow last Thursday, and after the market finished up more than 900 points, many came out professing the bottom was in. Then Friday happened. Apparently, they haven’t followed my writing, because I’ve written about how nasty Fridays have been all summer. That seems to be carrying over into the fall. The market retreated by over 400 points on Friday, giving back half of its previous day’s gains.

The Dow, as shown using the DIA ETF, fared better than others. It at least closed at its 20-day moving average, if not slightly below. That leaves some room for hope for the Dow bulls this week.

The Russell 2000, as shown using the IWM ETF, once again closed below its 20-day moving average and gave up even more of its Thursday gains. 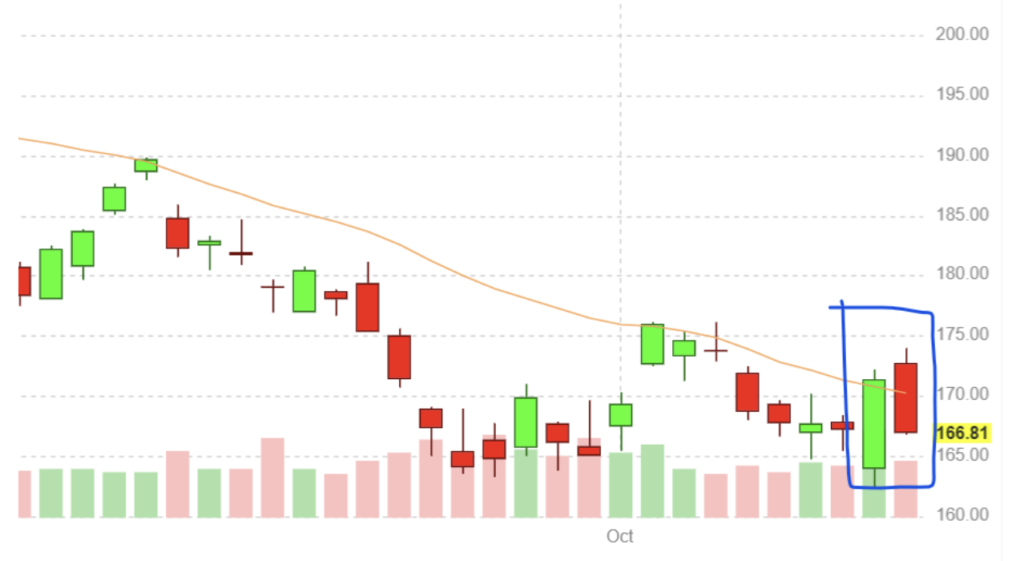 The concerning thing that I see with the recent attempt by the bulls, is that the Volatility Index (VIX), aka the “Fear Index”, hasn’t significantly broken down. Remember, the market and the VIX have an inverse relationship. If the bulls are going to take over, history says the VIX needs to start dropping.

Here’s a chart of the VIX and you can see even as the market went up by over 900 points on Thursday, the VIX stayed above its 20-period moving average. Between Thursday and Friday, the VIX is not showing fear and capitulation in the market, nor is it showing that fear is subsiding. This means volatility is set to continue, which is normal bear market behavior. 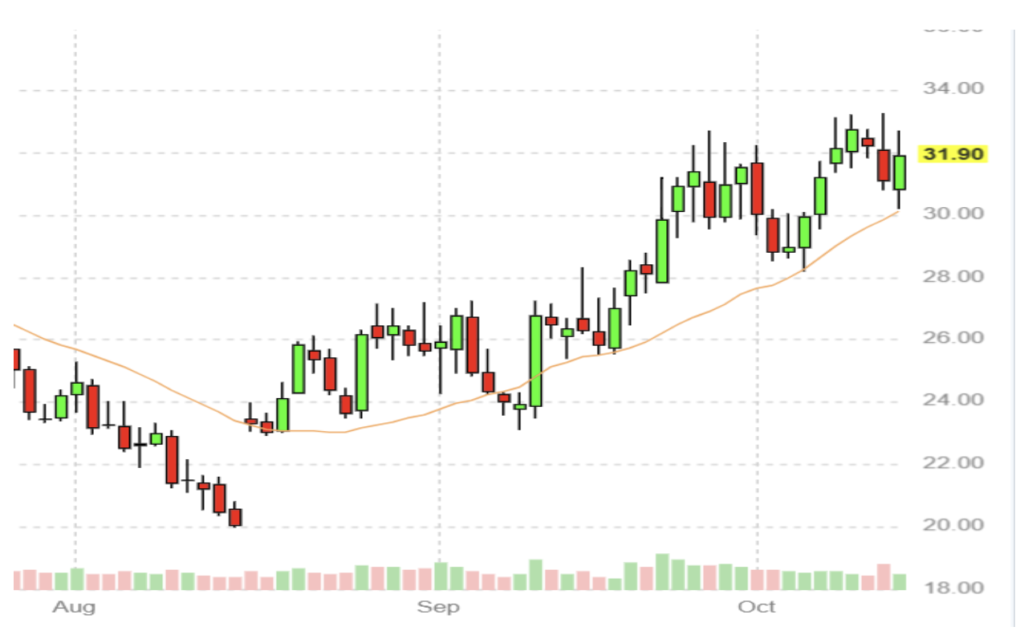 Ok, let’s get to the reports that may affect the markets this week.

I don’t have a specific trade idea for today. If you’re attending MTC, you’ll have lots of trade ideas over the next two days.

Tuesday at 9:15 am EST – Industrial Production – The market is expecting to see industrial production edge up slightly from last month, but remain mostly flat.

Wednesday at 8:30 am EST – Housing Starts and Permits – We’re expecting to see the number of housing starts resume their downward trend to a 1.475 million annualized rate. This would be a decrease from last month’s 1.575 million number. With sky-high interest rates, it’s not surprising that mortgages aren’t in demand, thus putting pressure on housing starts and permits.

Thursday at 8:30 am EST – Philadelphia Manufacturing Index – The report will be an estimate of if manufacturing is in a state of contraction or expansion. The consensus is a -5 reading, showing a contraction from last month.

Thursday at 10:00 am EST – Existing Home Sales – This should be a similar story to the new home starts. Existing homes have contracted every month since January and are expected to continue that path, dropping -0.4% month-over-month and-19.9% year-over-year.

Ok, that’s it for today. Will the bears come roaring back this week or did the bulls need a breather before marching higher? We will find out.