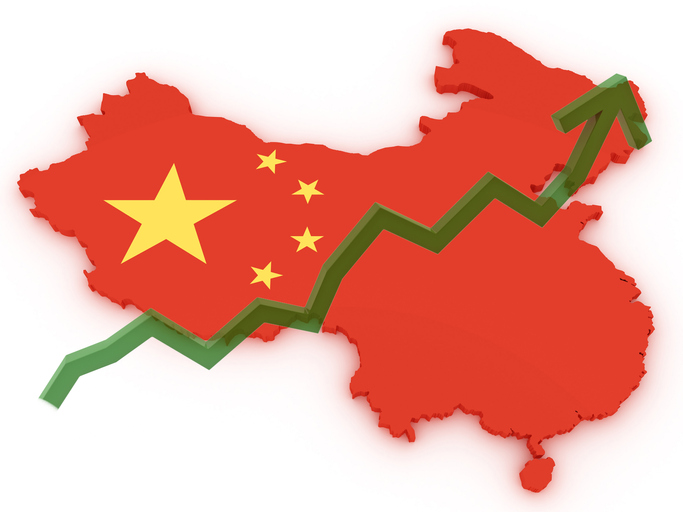 There are several valid reasons to be bearish or at least hesitant, but if you’re a bull you had to see last week as a sign that things could be turning around.

Powell spoke last Wednesday and while he didn’t confirm anything – he just said the future rate hikes may start to decrease from extraordinarily high to unusually high, and yet the SPY reclaimed its 200-day moving average.  So saying that he was open to future hikes being 50 basis points instead of 75 was encouraging enough to the bulls.

Then, despite a hotter-than-expected jobs report, bond yields fell back and the market finished mixed, but still above the 200-day moving average.

Meanwhile, crude oil and the energy sector have been the laggards lately, but Beijing is supposed to start easing Covid restrictions once again, which raises the prospect of higher demand for crude oil and other commodities.

The VanEck Oil Services ETF (OIH) typically gains ground from here until March, so that could push the ETF higher if China can remain open for a longer period of time.

Here’s a chart of OIH with my two initial profit targets from here. The first is around $320 and the second is $330. I’d use the 20-day moving average as a stop-loss level. 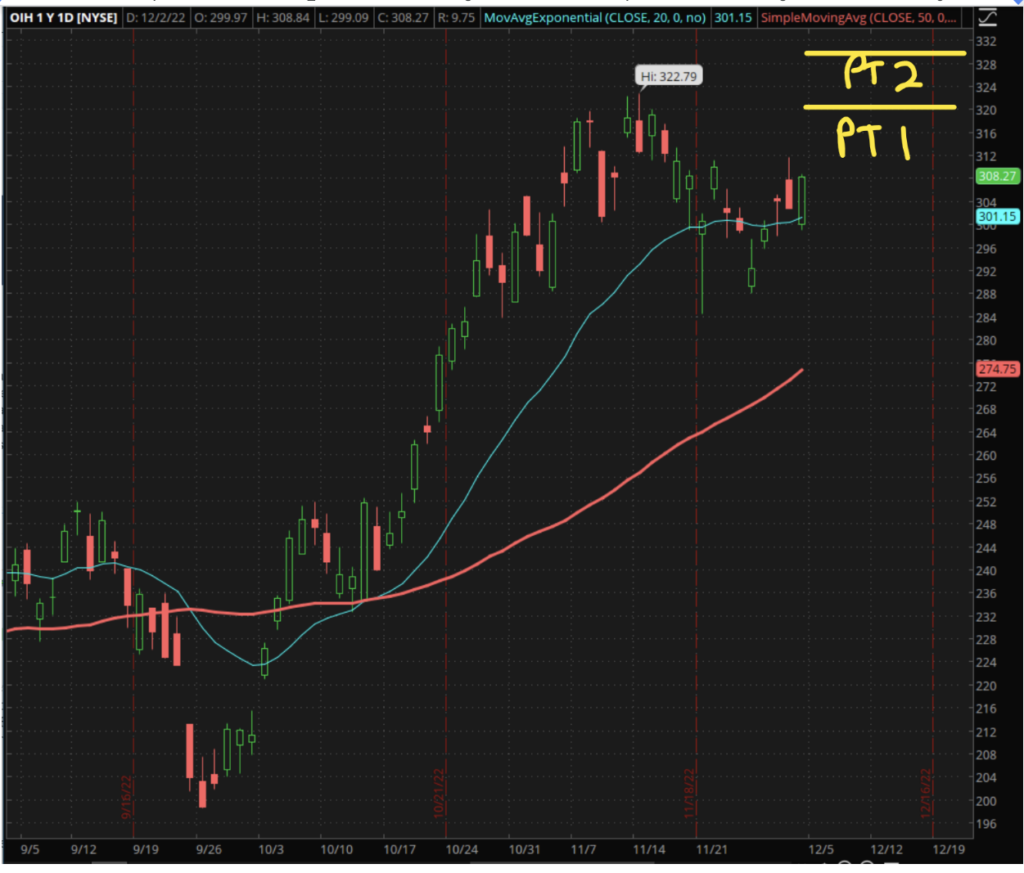 Ok, let’s get to the news this week. It’s shaping up to be a quieter week as everyone will be on edge, waiting for the FOMC meeting next week.

Tuesday – 8:30 am EST – International Trade In Goods and Services – I may start taking this one off the list because the market hasn’t moved much in either direction the last few times this report came out. That said, the deficit of -$80 billion is greater than the prior reading of -$73.3 billion. Typically the smaller the trade deficit, the more bullish it is for the dollar, corporate earnings, and the stock market.

Wednesday – 10:30 am EST – EAI Petroleum Status Report – Crude oil inventories are expected to drop -12.6 million barrels. If inventories are low, it should lead to an increase in crude oil prices.

Thursday – 8:30 am EST – Jobless Claims – Jobless claims are expected to tick up to 228k, up from 225k last week, however, last week’s numbers came in lower than expected. The four-week moving average is 228.75k. I’ve said many times before – little moves each week mean very little to me, and I would pay close attention if and when we get the four-week average up to 300k.

Friday – 8:30 am EST – PPI-Final Demand – This one could be interesting as the Producer Price Index month-over-month is supposed to remain flat and the year-over-year number is expected to fall from 8.0% to 7.2%. Excluding food and energy, the year-over-year change is expected to fall from 6.7% to 5.9%. I know people love that number, but I’m still not sure why you’d exclude two of the things most important to consumers, but the market does react to this number.

That is it for the reports this week. Nothing too bad, but once again the end of the week could have some movement to watch out for.

PrevPreviousAre You Ready To Ride The Wave?
NextThe Option Technique You Should Know Before The Market Breaks AgainNext