Combining Indicators To Give You An Edge 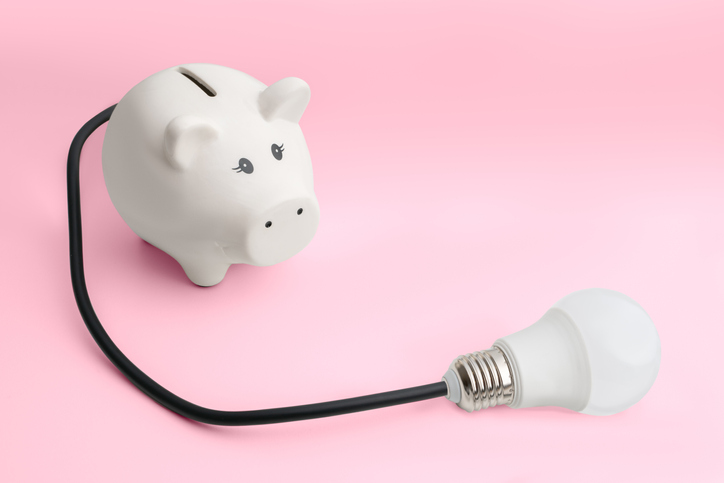 It’s been a rough week for bullish traders unless you were in the Energy sector.  I thought Healthcare would be more on the rise than it has been, but for now, Energy and Utilities are on top of the monthly performance charts. 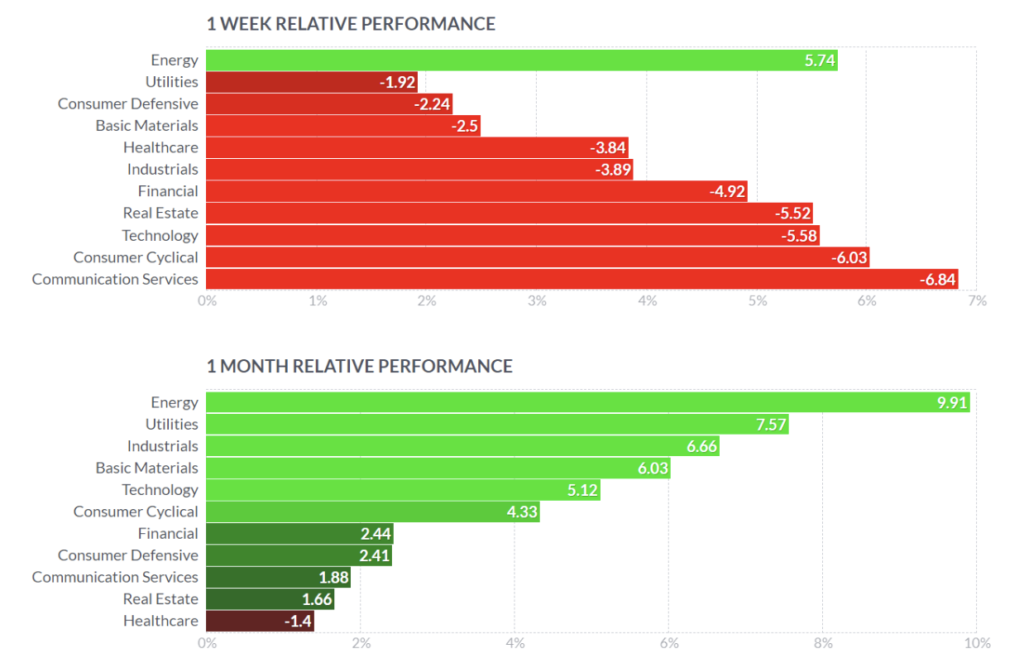 The reality is the market is waiting for any indication of future Fed moves during Friday’s meeting and the rest of the week is likely to be choppy.

We all cheer with excitement that inflation may have peaked, but you have to remember that inflation is stubbornly high and only coming down slightly each month.  If we don’t see a quick indication of inflation coming under control, the Fed will have no choice but to increase rates month over month, and eventually, that will catch up with stocks…again.

Ok, let’s move on to a question I received from a new trader.

I had a new trader ask me about moving averages the other day.  They asked which one to use and how to use them to trade.  Much like everything in trading, the answer is… it depends.

Every stock will react to different moving averages, so there’s not a clear winner.  However, there are the common ones that a lot of traders use, therefore algos use them, and therefore you should know about them.  If you’re trading the S&P 500, I’d look out for the 20, 50, 100, and 200-day moving averages.  You can see that the SPY ETF will tend to bounce off of the major moving averages.

As far as how I use them for trading? I don’t because they are a lagging indicator, meaning there are up to 200 days of price action being calculated in that long-term moving average.  It takes a lot of data to move that line in one direction or another and you may miss several moves along the way.  But I will use them as a market gauge.  Ideally, you’d like the see the moving averages stacked on one another.  You’d want to see the 20 above the 50 above the 100 above the 200.

I’ve added the lines to the chart below with the 20-day in green, the 50-day in yellow, the 100-day in red- and the 200-day in black.  In a bullish market, the chart will have green on top, then yellow, then red, and finally, the black line would be the lowest.  Here’s what the SPY looked like from March to August of 2021.

Now, let’s take a look at what the chart looks like today.  What does the chart show you?  What’s different?

This chart is saying we’re in a period of indecision.

You can use moving averages to help keep you out of moments of indecision.  Now, I know what you’re thinking – If I wait for all moving averages to be on top of one another, doesn’t that mean I would have missed the run that happened over the last couple of weeks?  The answer is yes.  Moving averages are lagging indicators, as I said.

I often hear traders ask if there was any warning about what happened this year.

Here’s the SPY chart in early 2022.  See what happened with the moving averages about half way through January?  They were no longer stacked on top of each other and that gave you a warning.  The other warning is when the SPY stopped respecting the 50-day average that it had done previously.

Had you liquidated your long positions back then, you could have avoided a good portion of the drop we’ve experienced this year.  The moving averages have yet to get back in their proper order for a long-term bull market. 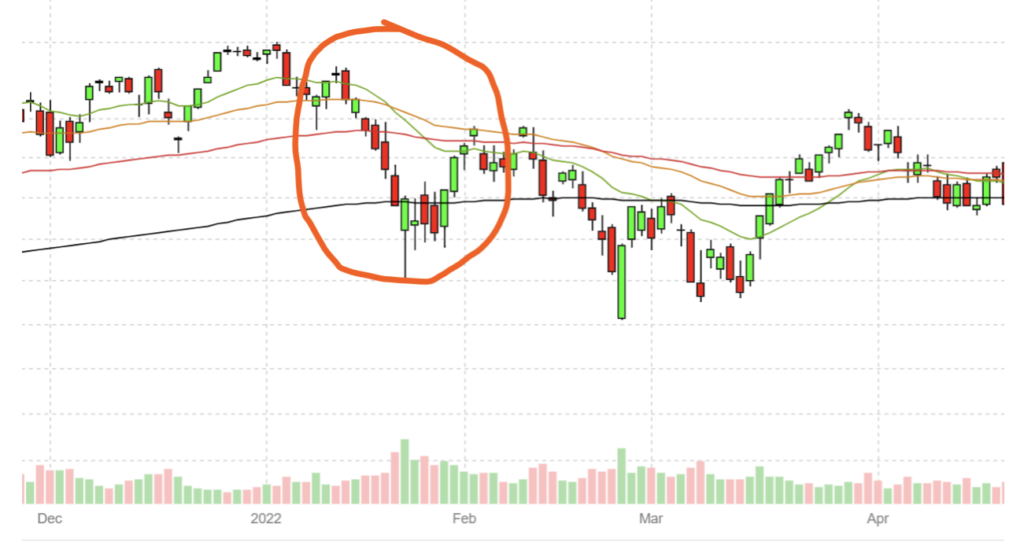 The trade idea is looking at an Energy sector stock, DTE.  The sector is on top of the leader board and this stock has all its moving averages stacked in the right order, indicating bullish momentum.  I’d wait for a reversal day before entry, somewhere in the blue box.  We may even see DTE use the 50-day average as its pivot point before making the next leg higher.