Heading into the previous holiday week, the markets climbed higher, but this week it seems like the professional traders are still at home, stuffed from turkey dinners. But this period of low volatility may be short-lived. The question is where are we going from here?

First, let’s look at the inverted yield curve of the 10-2 treasury spread against the movement in the SPY this year. The yield curve is the top line graph and underneath is the SPY. The last time we had a divergence between the 10-2 and the SPY was from July to mid-August, and that led to six weeks of weakness in the market.

Here we are again with a divergence in the chart with the 10-2 heading lower to -0.77%, while the market climbs higher. Could this lead to another six weeks of weakness? Not if you are the stock pick of the day, but more on that later.

Now, let’s look at the volatility index, VIX. Since mid-October, the VIX has been heading lower. The VIX tends to move inversely with the S&P 500, so the markets could be poised for a pullback if the VIX breaks the recent downtrend. 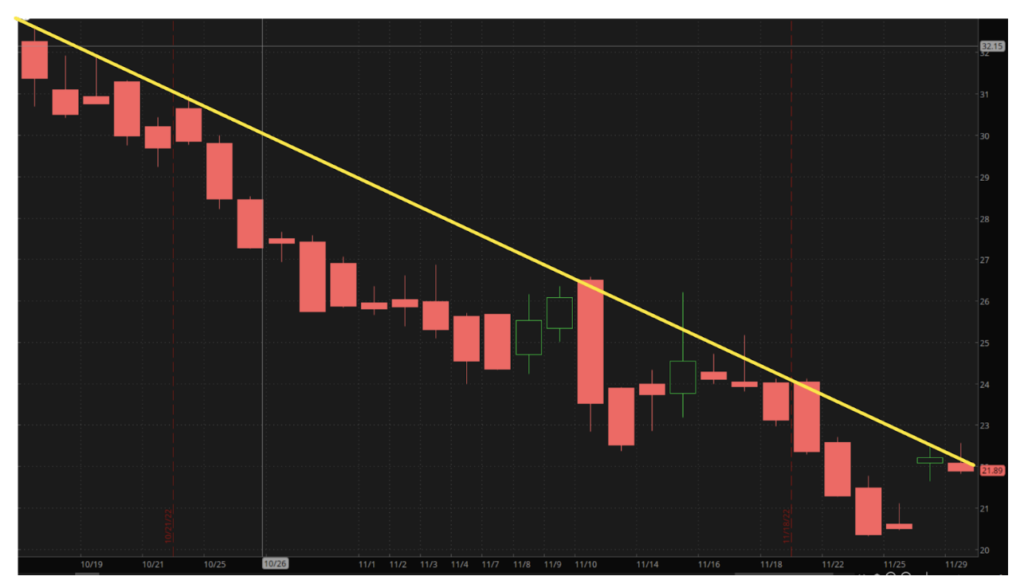 The Russell 2000, as shown here using the IWM ticker, just bounced off its 20-period moving average. The Russell 2000 tends to be more speculative and can make its move before some of the other major indices. Since November, there have been three attempts to bring the index below the 20-day moving EMA. Should it break down this time, look out for signs of weakness in the broader markets.

We have a few more Fed speeches to get through today, including Jerome Powell at 1:30 pm EST. That may be the catalyst for the next move in either direction. If that doesn’t move the markets, look for the PCE number Thursday morning to provide some volatility.

Today’s trade idea is a seasonal bullish play on the ticker, CBRE. Looking over the next six-week period, the stock finished higher 83% of the time in the last 18 years with an average return of just over 6%. 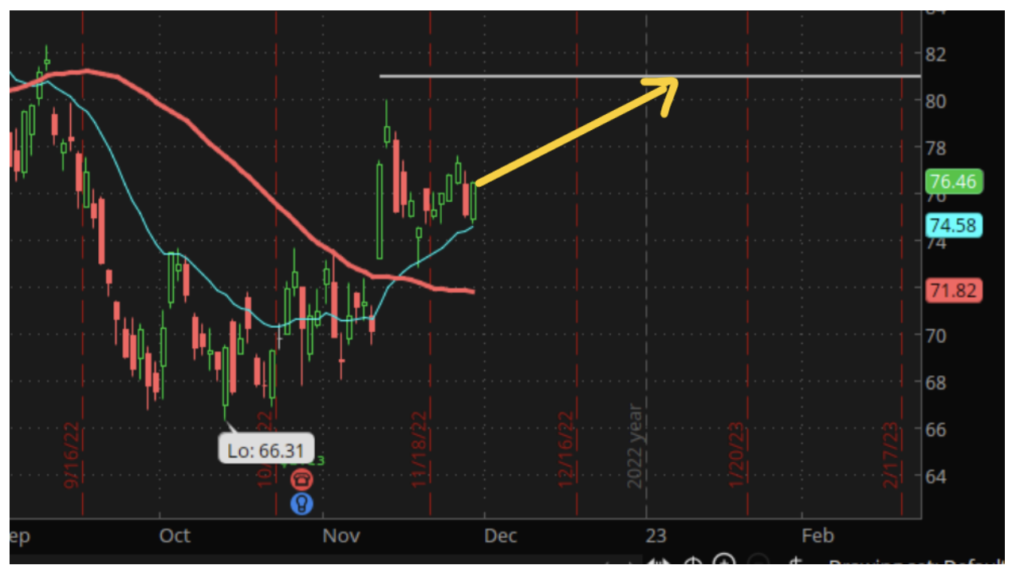 Let’s go out and look at a few different options.

We’re going to assume the stock is headed to $81 (6% from current prices) by January 9th, so we’re going to look at the 20-JAN options.

Option two is buying the cheaper, out-of-the-money $80 call, but you can see that while it only costs $205 per contract, the expected return falls down to 8.57%.

Option three is to trade the 75/85 call debit spread. That means buying the $75 call and selling the $85 call to help offset the cost of the purchased option. You can see this trade cuts the cost to $372, and has the potential to return over $200 should everything hit the targets. This trade offers the best return, but which one do you like best?