As we muddle around, waiting for the Friday inflation numbers, I wanted to show you some charts of where we are in the market.  The first is the SP500.  The blue lines are our long-term down trend.  The red and green lines are our current support and resistance range.  You can see that for the last couple of days we’ve been in a very tight range and I expect that to continue up until we get some key numbers on Friday.

Going back a couple of weeks, we were finally able to break above the previous swing high on our way to that tight consolidation zone. If we break out to the upside of the consolidation area, we’d be breaking right into that long term, blue trend line.  If we’re able to break out of that with any type of significant follow through, we could really see a rally.

If we break through that red resistance line sooner, let’s say the next couple of days, we have a good 3% rally before we’d hit the long term trend line.

But what you really see is this chart pattern is showing more risk to the downside and given the amount of negative news in the market, I’m not sure that we have enough for a sustainable upside push.  I think we’re going to be dealing with choppy markets with short-term opportunities in both directions.

The Russell 2000 chart is also interesting because it monitors 2000 stocks vs 500 and the Russell is sometimes an indication of how much risk investors are willing to take, since it’s made up of more lower-cap stocks.  The Russell can outperform the SP500 in bull markets, but also tends to lose more in bear markets.

The Russell 2000 was in its consolidation pattern (blue box) and it recently tried to break above, but has since retreated back into the box.  There’s also a horizontal resistance line near, but again, if the Russell shows strength and can break through, I would expect the SP500 to follow.  We need some type of market catalyst for that to happen. 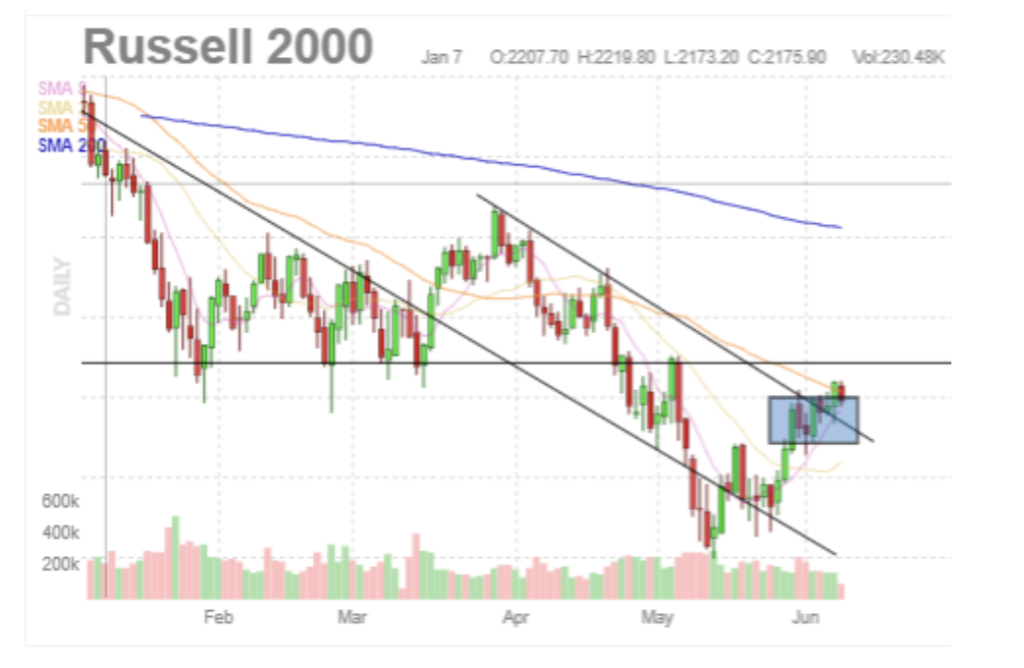 And if you didn’t know yet, Energy is still the best performing sector.  Even though some companies in the sector are showing levels of being extremely overbought and overpriced, people are still pouring into those stocks. 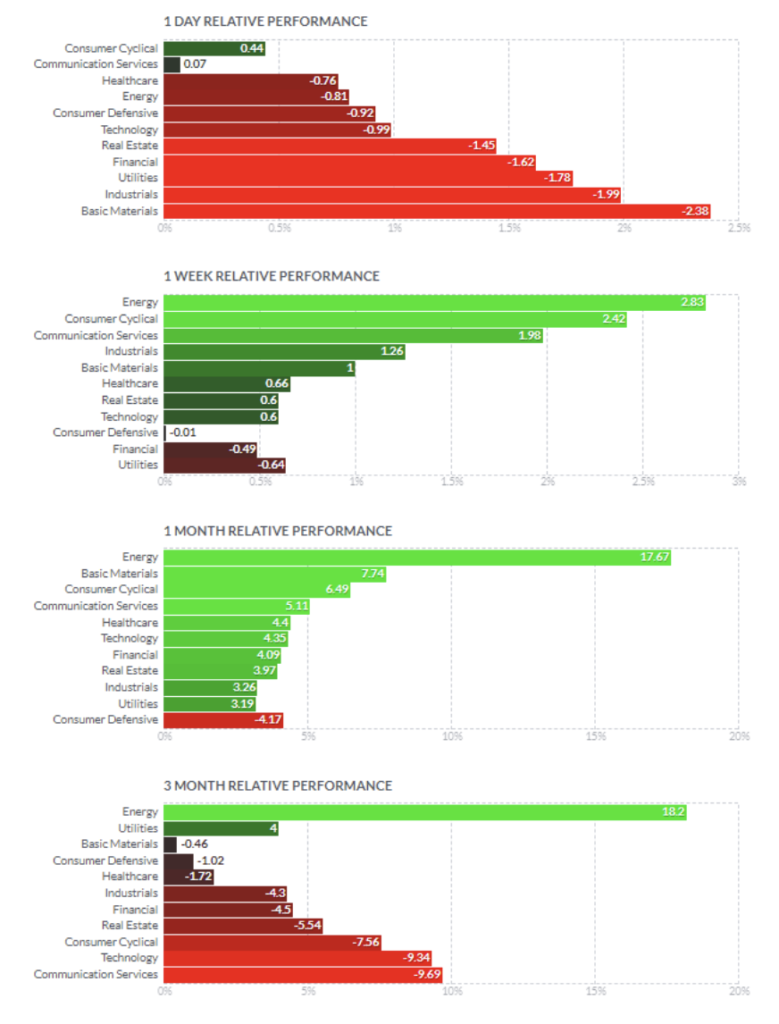 In other news, mortgage applications fell 6.5% last week, which was the fourth consecutive decline and 22-year low.  Either the inventory is so low and people are giving up, or the rising interest rates are making homes more expensive and as a result, pushing applications lower.

Either way, that means home values should slow down for a while.

The Fed wants home prices to decrease, but without causing a commotion.  Home values went up some 15% last year alone.  If there’s a recession and people can’t afford homes that are overpriced, we could see another housing bubble.  I don’t think it’s going to be anything like 2008 because applications aren’t being handed out as freely as back then, but the last thing the Fed wants to see is overpriced homes during a recession.

I would say it’s a good time to short mortgage companies like Rocket Companies (RKT) and United Wholesale Mortgage (UWMC) but both are already under $10/share and I’m not a fan of shorting stocks that low.  I don’t think either of them will go to $0.  They are up off their lows, but stuck in a trading range for now.

I did find a residential construction company that could be a good shorting opportunity.

If you want to know what it is, you have to keep reading….

I came across Cavco Industries (CVCO), which is a company that designs, produces, and retails manufactured homes mostly in the US. Oddly enough, their EPS and Sales have been increasing year-over-year, and yet the chart is pretty ugly looking.

If new home sales decrease and that includes manufactured homes, this stock could be on its way lower.

Why did I select those?  I like getting out of spreads at 50% of max profit and yes, the $230 level for a stop is the short strike, but let me zoom into the chart and show you why I said bail if it crosses above $230. 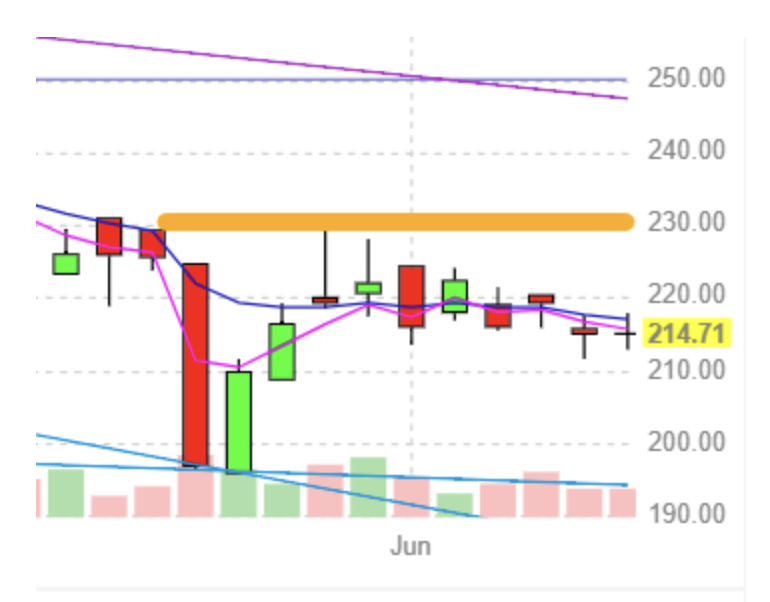 That’s a level that hasn’t been broken in days.  That said, the open interest is less than I like.  Don’t go flooding the market with a bunch of orders at once.  Due to low open interest, don’t chase the trade either. It’s best to walk away if option premium dramatically changes.

Remember, the CPI number comes out on Friday at 8:30a EST.  That will tell us about consumer prices and if we’re getting any sort of indication that inflation has peaked.