I used to work for a Chief Operations Officer who used to tell me time and time again, “Jeff, hope is not a plan.”  It’s a phrase that has stuck with me for years and helped shape the decisions I make in everyday life.

I mention it because as we are going through earnings season I’ve read enough statements from firms saying something to the effect of, “we hope the recession won’t be so bad” or “we hope we can avert a slowdown.”

Analysts are reinitiating buy ratings on stocks and the market is reacting with optimism and hope.  I understand after last year.  No one wants to go through that again, but stocks are moving on analyst upgrades and news of impending tech sector layoffs.  We don’t know if companies will be able to find growth this year.

The positive news is that within two days the S&P 500 (SPY chart below) bounced from its swing low and crossed above the recent swing high.  We’re still butting up against resistance and while I think we could see higher movement on earnings this week, I think we’re overbought and due for a pullback. 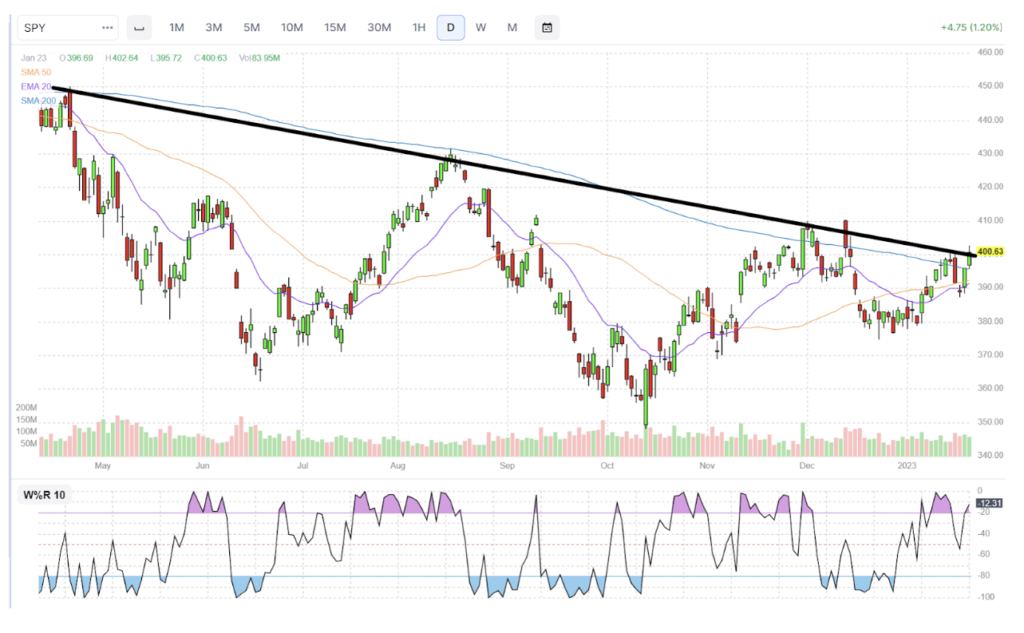 While the market has had some powerful up days, the gains over the last five days have been limited to four out of the eleven S&p 500 sectors and largely from earnings and upgrades. It would be nice to see the broader market also participate. 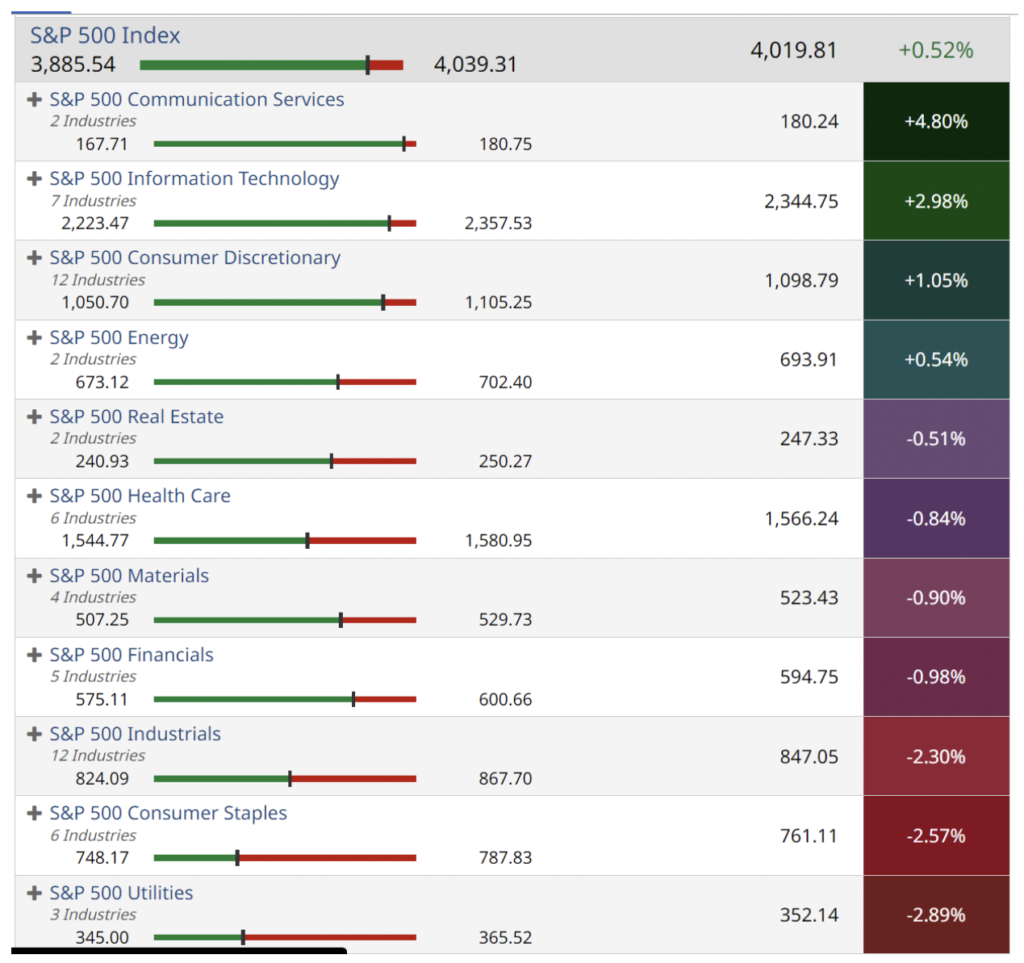 Ok, Let’s see if we can find a trading candidate for today.

Let’s take a look at Turtle Beach Corp (HEAR). The company designs and markets premium headsets for use with personal computers and mobile devices.

Here’s a chart of the stock, which shows that the downtrend is starting to reverse. 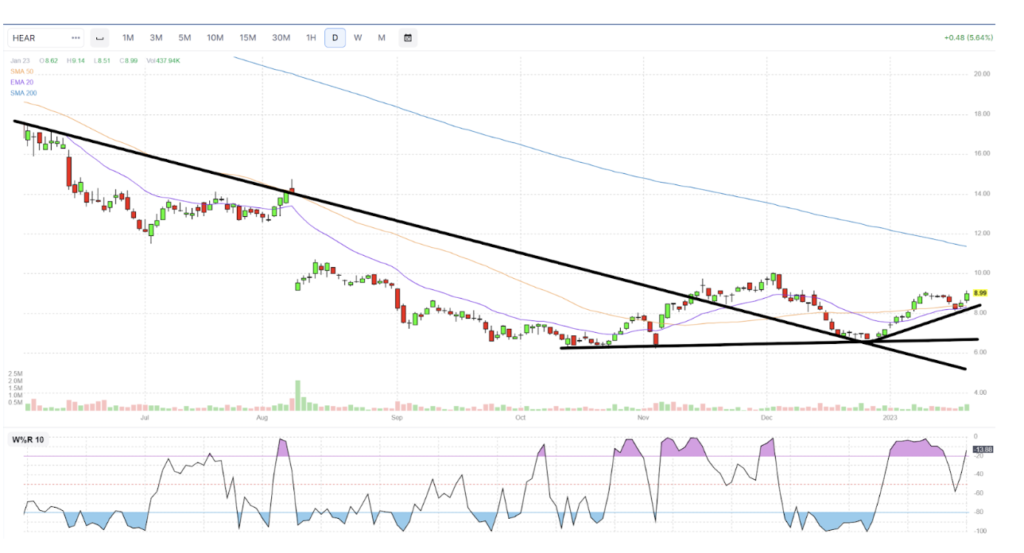 Similar to selling a covered call, we can sell a short-dated option against our long call with the intent of bringing the cost basis down. We have the 17 FEB and 17 MAR expirations between now and 21 APR, so we have two opportunities to sell calls.

The risk profile of our trade looks like this:

I’ve marked the current price (middle line) and -10% and +10% move in the underlying. Yes, I just said the stock moved over 5% in a day, so a 10% move in either direction could certainly happen quickly, but the move we had in the market on Friday and Monday has created some big moves in stocks.

As that expiration date comes closer, you can roll the call to another strike price and to the March expiration to bring in more premium. If the stock stays at $9 by the February expiration, the trade will make $40 on your initial $55 investment. That’s not likely to happen, but this tactic gives you a wide range to be profitable on this trade.

Of course, this is for educational purposes only, but trade is only $55 and a relatively inexpensive way to try trading a calendar spread if you’ve never tried one.