News to pay attention to will hit the wires on Friday morning when the February jobs report is released. Here’s what you need to know:

This month’s release will determine whether the Fed raises interest rates .25% or .50% at the March meeting. Next week’s Consumer Price Index, or CPI, report will give further clarity to Fed action.

What to look for and how to trade the markets:

If we see total job additions at or under 500k and wage inflation at or under 5.3%, this furthers our belief that the Fed will stick to a .25% increase.

We see that as providing the backdrop to a rally, primarily in the NASDAQ in the latter half of March.

Job additions greater than 500k, OR, wage inflation higher than 5.3% will fuel fears of the .50% increase, which will add to market volatility and could lead to another round of selling pressure across the major indexes.

The 10-2s spread, or Yield Curve, violated the 40 basis point line it had held for several days, reaching a new two-year low of 36 basis points. This gets us uncomfortably close to inversion.

The yield curve is only important in your trading (unless you trade treasuries) as a guide to potential recessionary impact. We’re not there yet, and we’re not calling it. We are, however, watchful. 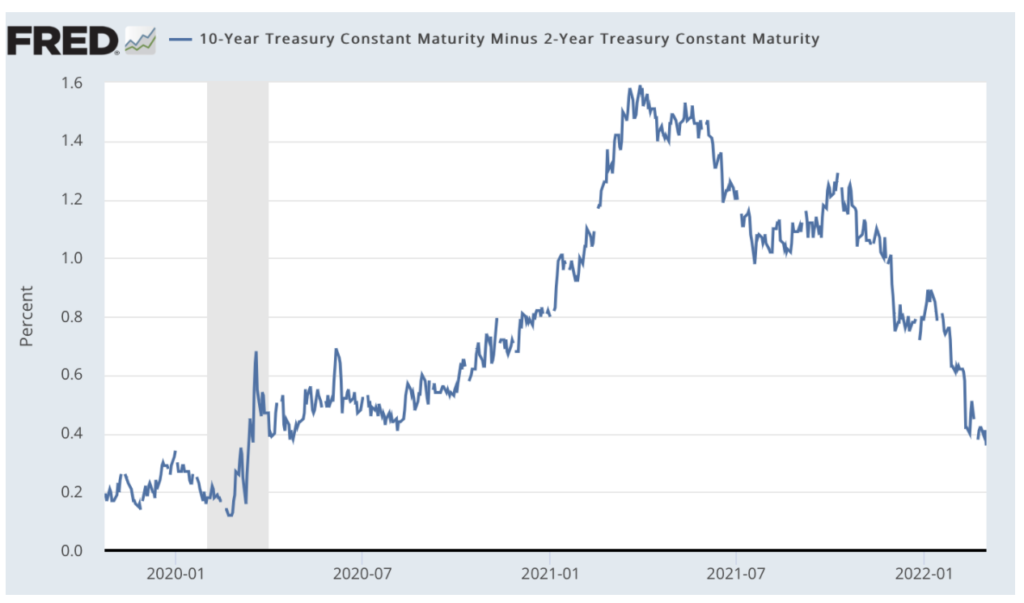 Given the crisis in Ukraine, the impending Fed meeting and likelihood of three interest rate increases by June, we see a sideways market developing in the second quarter (and we hope we’re wrong!).

Q1 Earnings season is several weeks away, but a stronger than expected start to 2022 earnings would give more support to stocks moving higher in the short-term. As it is, we have too many negatives weighing the markets down.

The Fed raising a quarter point at the March meeting would be a dovish surprise that could lift the S&P back to 4,600. 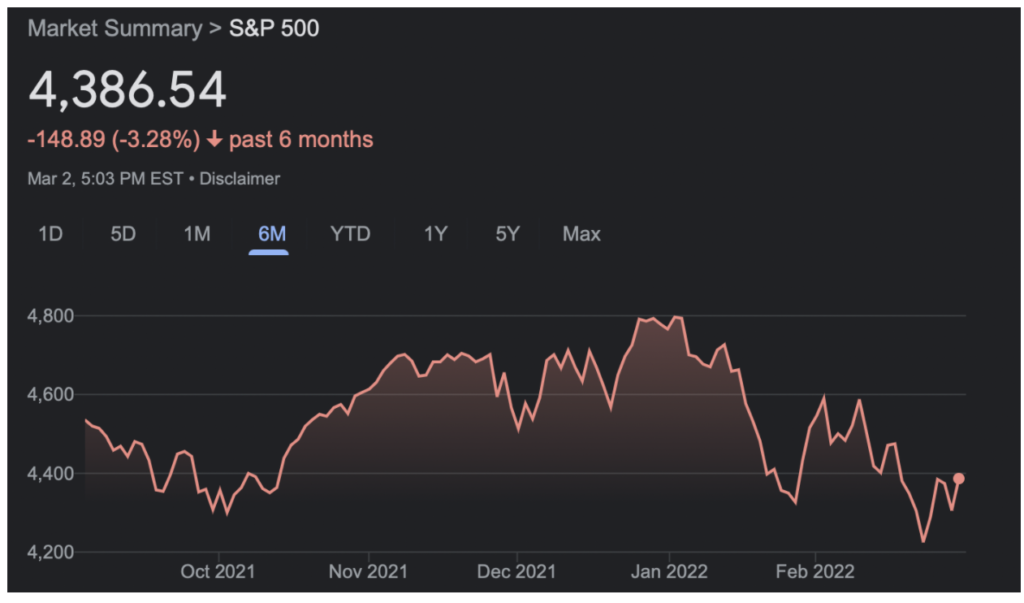 More news tomorrow and next week as we get more economic clarity.