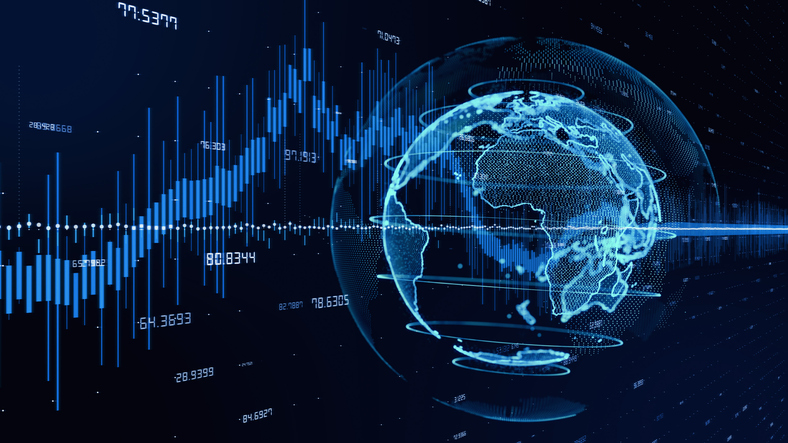 Friday’s rally ended a week of volatile trading, giving investors a 2.3% return for the week. The S&P 500 is still down nearly 22% on the year, but the rumor is that the Fed will ease its monetary policy starting in December. That doesn’t mean lowering interest rates, but that might mean going from a 0.75 basis point increase to a 0.50 increase.

Once again, I heard, “The bottom is in! Buy, buy, buy!” I’m not as convinced but remember I said historically the market starts a rally after mid-October. Here’s the SPY chart, showing the next bullish sign would be a cross above the swing high of just under $380.

We will review the reports of the week, as we always do on Mondays, but first, there are a few developing stories that you should be aware of before getting too excited about a potential bottom.

Story 1: What’s the problem with Britain?

The British Prime Minister quit after 45 days in office, which hasn’t been a sign of stability that Britain needs since breaking from the European Union. Leadership is left to pick up the pieces as the country faces a global recession.

Story 2: Russia won’t back down.

Russia continues to extend fighting, shaking off mounting losses. While the U.S. has been content with supplying weapons, the war is escalating more than de-escalating, and eventually, that may require the U.S. to alter its response. However, U.S. foreign policy may be shifting soon.

The U.S. midterms are only a few short days away, and we are now seeing the two sides split on how to handle the response to the Russian-Ukraine war.

Earnings are heating up and Alphabet (GOOG, GOOGL), Enphase (ENPH), and Apple (APPL) will be in focus this week.

Let’s review the reports likely to impact the markets this week, including GDP and Core PCE.

Monday – 9:45 am EST – PMI Composite Flash – This is an early estimate of the Purchasing Managers’ Index (PMI). A reading above 50 signals rising output versus the previous month and the consensus is 51.2. The question is if a positive number will be negative for the market because that means the fight against inflation will continue.

Tuesday – 10:00 am EST – Consumer Confidence – The last reading was 108 and this month the consensus is 106. A small move, either way, is not likely to have an effect on the markets and I don’t see enough news to show an unexpected reading.

Wednesday – 8:30 am EST – International Trade In Goods [Advance] – Imports and exports are set to decrease by -1.7% and -0.9%, respectively. As long as the dollar remains strong, the cost of importing American goods will make it difficult for several countries to purchase goods, thus decreasing the amount of U.S. exports.

Wednesday – 10:00 am EST – New Home Sales – The market is expecting to see an annualized rate of 585k new home sales, much lower than the previous month’s reading of 685k.

Wednesday – 10:30 am EST – EIA Petroleum Status Report – Crude Oil inventories are down week-over-week, showing us that the demand for oil isn’t decreasing.

Thursday – 8:30 am EST – Durable Goods Orders – The consensus is that new orders month-over-month are supposed to show an increase of 0.6% for the September timeframe.

Thursday – 8:30 am EST – GDP – This is one of the more important numbers to be reported. The traditional way of telling if we’re in a recession was to measure two-quarters of negative GDP growth, which we had. This report is expected to show a GDP growth of 2.3% quarter-over-quarter, up from last quarter’s reading of -0.6%.

Thursday – 8:30 am EST – Jobless Claims – The 4-week moving average remains low at 212.25k. Claims are expected to increase this week to 223k, but still well below my 300k threshold before I pay attention to this report.

Friday – 8:30 am EST – Personal Income and Outlays – This is probably the more important number being reported during the week. The FED has said they use Core PCE as their measure for inflation. The Core PCE year-over-year is expected to increase from 4.9% to 5.2%, however, the month-over-month reading is expected to decrease from 0.6% to 0.5%. Personal income is supposed to remain steady at a 0.3% increase from last month, while expenditures are supposed to increase by 0.4% from last month.

I’ll be back later this week and we’ll look at a potential earnings trade on Apple.