Gaming Will Never Be The Same 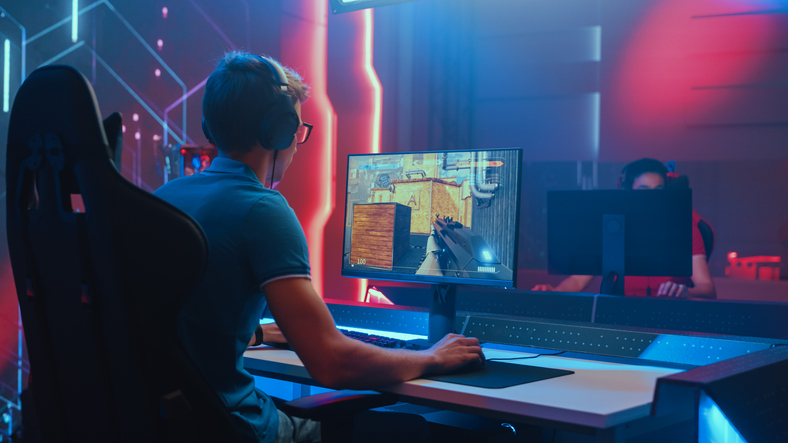 There was a gaming company that first came to the scene in 1982 and was founded by an ex-Apple employee. They only started off with 11 employees and eventually grew into one of the largest gaming publishers of all time.

The differentiating factor was they wanted their designers and programmers to be known as “software artists” as they pushed the boundaries of what was capable in the home computer gaming industry. This kicked off an era where the developers were promoted with full-page magazine ads and given credits in the games.

Steve Wozniak, also of Apple fame, agreed to sit on the board of directors and help guide this gaming company to find a way to sell directly to buyers, rather than going through a series of distribution partnerships. This idea was completely unheard of at the time.

In 1987, the company came out with Skate or Die! for the C64, which was eventually ported over to the Nintendo Entertainment System and sold over 100,000 copies.

They had the recipe for success and shared lavish profits with their developers, which again was unheard of.

Then in 1987, the founder approached a football hall of fame coach, asking for his expertise in creating a football simulation game. That deal would cement this company’s success for decades to come. The tag line, “if it’s in the game, it’s in the game” gave clear direction to developers and players alike, that they would make the most realistic sports simulation games anyone had ever seen. If it was in the real game, their mission would be to put it in the video game.

I’m talking about Electronic Arts (EA) and they’ve had quite the history. For all of their success, sometimes they tried and failed, and yet their failure still changed the industry.

EA was embroiled in controversy in 2017 over adding micro-transactions, a digital purchase that users make after buying the base game that provides unique and sometimes game-changing enhancements. Kids were spending hundreds of extra dollars to get the coolest-looking gear or the best skills for the games they were playing.

Now, the juggernaut publisher wants to sell or merge with another company, citing stiff competition and a changing marketplace.

If you want to know more about who is interested in buying the company, keep reading below.

It only seems fitting that years later, Apple (AAPL) is one of the suitors, but they have not officially announced an interest.

Disney (DIS) is another candidate since they own the ESPN sports network. It would make sense for Disney to merge with one of the best-selling sports simulation gaming publishers. If Disney’s streaming service, Disney+ wasn’t going through the heartache with the other streaming companies, we might have seen a deal come earlier. Of course, Disney is also denying any interest.

Amazon (AMZN) is another potential suitor as they keep launching new products and services. Amazon has yet to have success in the gaming industry, after attempting Prime Gaming. I know EA is about more than just sports games, but Amazon did secure a deal to show NFL games this upcoming season. Could EA Gaming and Amazon be a good fit?

Insiders are also mentioning Comcast/NBCUniversal (CMCSA) as a potential buyer, but it was announced recently that the deal fell through.

If you’ve been following the Twitter (TWTR) saga, you know how much a company’s price can move when it becomes a takeover target and I think EA is one to watch.

If you thought that deal was interesting, I have another one for you…

if you haven’t heard yet, there’s an exclusive Millionaire’s Trading Club event coming up this October and right now it’s only being sold to members of Traders Reserve, but if you email us today, ([email protected]) we’ll put you on the waiting list and if we have any room left, we’ll send you the details for how YOU can learn the new rules to build wealth, new tactics to get income and simple steps to protect your portfolio.

I’ve seen some of the materials being prepared for this and it’s incredible. You won’t want to miss this!!