Give Your Portfolio Energy

The economy is still in too good of shape and that once again has investors spooked.  Treasury yields jumped and rattled the market to start the month.  Manufacturing growth came out as being stronger than expected last month and that also has investors worried that the Fed will need to continue to raise interest rates aggressively to slow the economy in hopes of slowing inflation and preventing a recession, or even stagflation.

The number of job openings is dropping, but still above 11 million when the number of people looking for employment is nowhere near that level.  This has investors fearing that the Fed will double the usual rate hike at upcoming meetings in June and July.  There was some speculation that the Fed would pause the rate hikes at the September meeting, but with the latest round of positive economic news, hopes were quickly diminished.

Energy prices continue to climb and now the airlines and cruise lines are coming out saying fuel costs will be higher than the prior forecast and will eat away at potential earnings.  The companies don’t know how much they can push off onto consumers without scaring them away from the upcoming travel season.  Hmm, didn’t I just write about staycations yesterday?

Despite a strong rally last week, the 6% move on the SP500 ETF (SPY) was done on decreasing volume.  It was a shortened trading week, but increasing prices on decreasing volume usually supports the bears.  If we were going to break any major trends, it would be nice to see increased volume as more people take part in the rally. 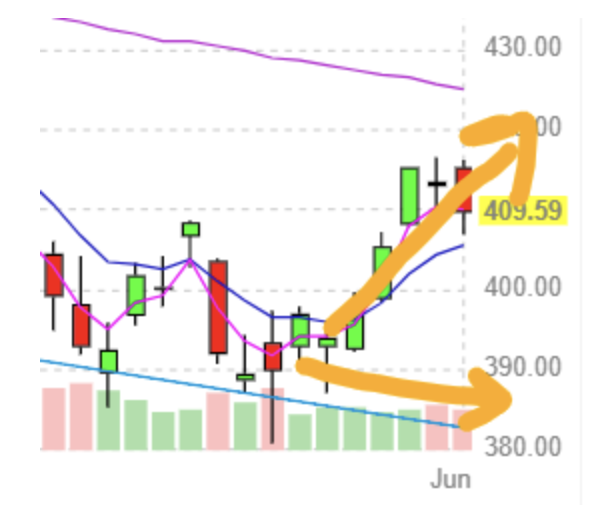 That brings us back to our relative performance charts for the various sectors.  Energy and Utilities are still performing the best over the longer time frames.  We will take a deeper look at Energy after the OPEC meeting today. 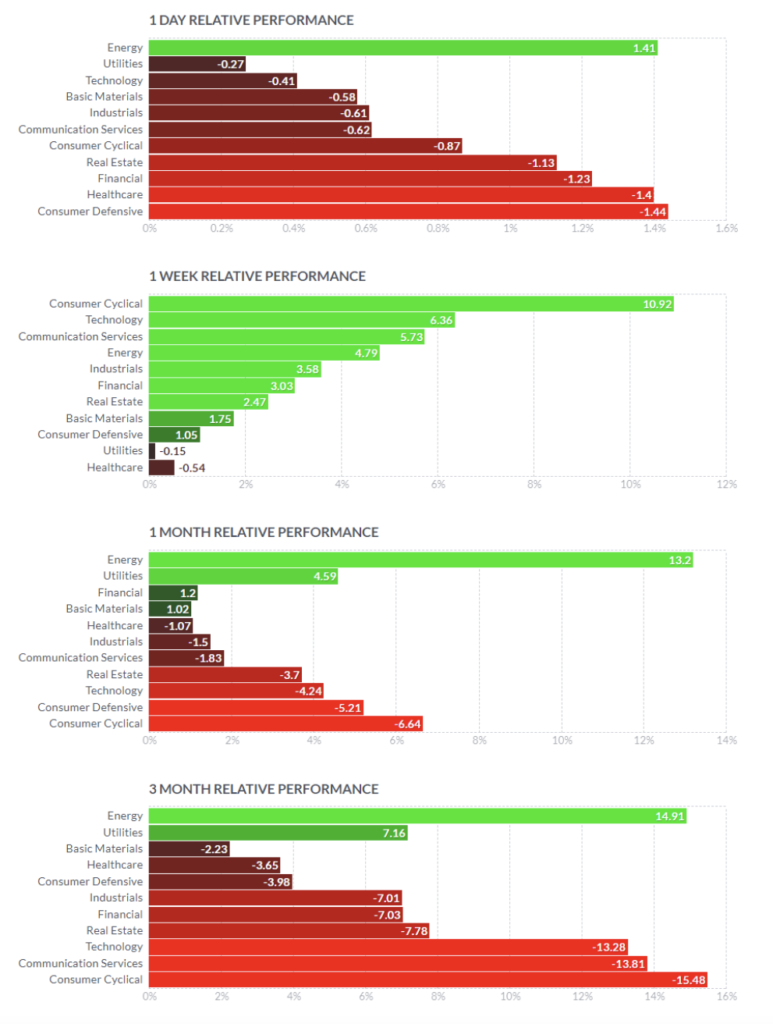 I know some of you would say that stock has to come down because it hit its upper trend line, but in fact, I enjoy trading stocks that keep making 52-week highs.  I don’t shy away from it.  Sure, each of the last couple of peaks it retraced for a couple of days, but then it returned to its upward trajectory.  Depending on what OPEC has for us, I think Energy is a bit overextended and could pull back for a couple of days, but I’d look for a buying opportunity to get into MPC.

You can also be more aggressive with your strike price selection, but $95 is right around that bottom channel.  Should the energy stocks take a brief dip over the next day or two, you should be able to place the same trade for more premium.

Stay tuned because I’m working on some semiconductor plays and I’ll share some research over the next couple of days.  I hope you enjoy it.