How To Predict Major Market Moves 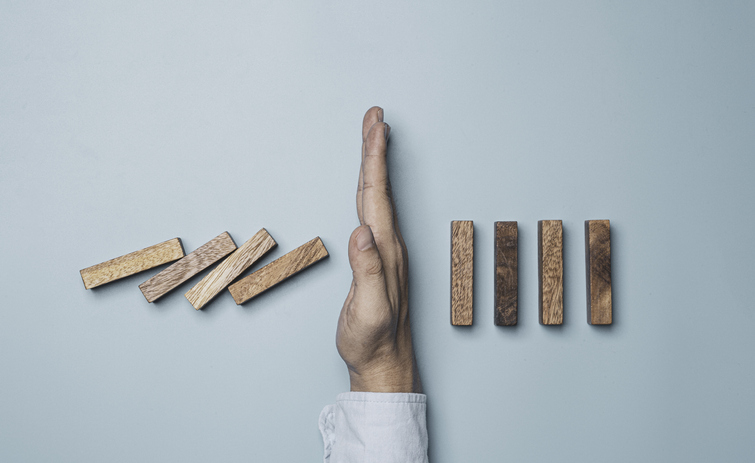 When you start to learn technical analysis, one of the first things you are taught is to look at the stock’s 200-day simple moving average (SMA) to help determine the trend. Because 200 days is the same as 40 weeks of price action, it’s commonly used to help traders determine if a stock is in an uptrend (if the stock price is above the 200 SMA) or in a downtrend (if the stock price is below the 200 SMA).

What if we want to know how the overall market is doing? You might pick the S&P 500 ETF, SPY, draw a 200-day SMA and try to determine the trend that way. But I have another way you can go deeper and start to look inside the market to see the trend underneath the surface.

By looking at this one technique, you can see that we’re just 9% away from a major shift in the market.

For those who aren’t aware, you can look at charts of the percentage of stocks above their 200-day moving average! If you’re using the ThinkOrSwim platform, the ticker is $SPXA200R. If you are using barchart.com, they make it even easier. Their ticker is $MMTH.

The chart below graphically shows the percentage of stocks above their 200-day SMA and is range-bound from 0 – 100%. Now, look to the left and you can see even as the market was making new highs in January of 2022, it was being done with fewer than half of the companies above their long-term trends. You can see from the chart that the percentage of companies above their 200-day SMA had been declining since November 2021 and kept falling lower and lower. The market was headed to new highs with fewer companies participating – that was an early warning sign that danger might be around the corner. 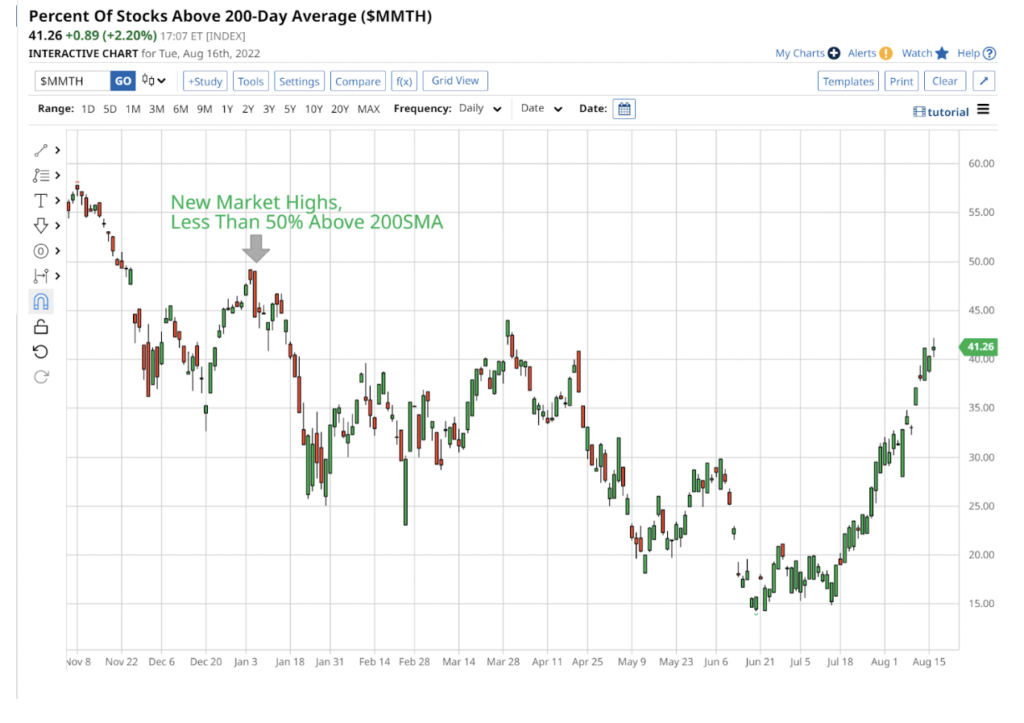 Now, let’s take a look at the right of the chart. Since the mid-June lows, you can see the percentage of companies above their 200-day SMA steadily rising, meaning that several companies are participating in this rally.

The market was making all-time highs when 49% of the companies were in an uptrend and we’re around 41% in an uptrend now. Does that mean we’re marching up to make all-time highs? NO! Of course not. It does mean that we’re in a better long-term position since more and more companies are participating in this rally.

Let’s take a look at the same percentage chart but over the last 10 years. 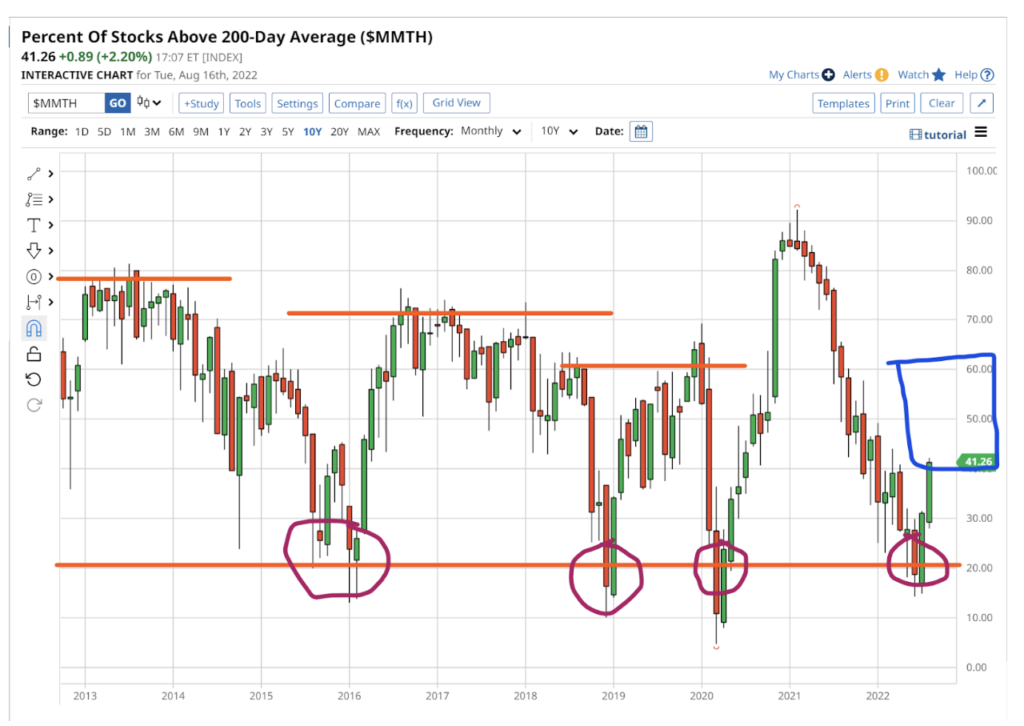 Remember, it’s a range-bound percentage chart from 0 – 100%. Over the last 10 years, look at when the percentage of companies above their long-term average got down to about 20%. It didn’t happen that often but if you overlay this chart with a market performance chart, you can see rallies in the market occurred afterward. The resistance level on this chart ranges from 60% to about 80%, which makes sense. We’re not likely to have 100% of companies in the stock market move up at the same time.

This chart shows that we’re in the low 40% range now and the next level of resistance is around 60%. What will the overall market do if another 20% of the S&P 500 companies cross over their long-term moving average?

This is always a great chart to come back to from time to time and look for a divergence in the close of the market and the percentage of companies above their long-term average. We’re looking for an increasing percentage of companies above their long-term average while the overall stock market goes up. Any divergence is a warning sign to at least be careful and reduce your risk.