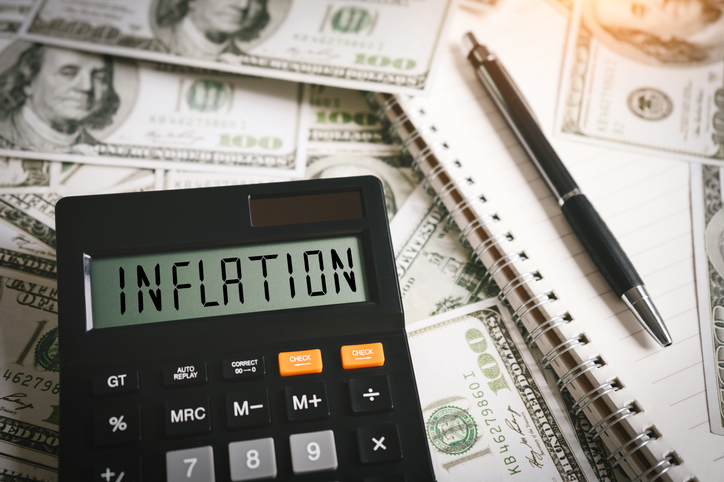 Welcome back to the first whole week of trading after the 4th of July break.  I know several people who used the day off and created a whole week of vacation, but now it’s time to get back to trading and investing.

As we get closer to the July earnings season, I wanted to give you a review of the second quarter of the year.  I’m working on a full quarterly insight report, but for today we’ll cover the highlights and give you some ideas for the future.

After a rebound in March, the S&P 500 dropped sharply in April to start the second quarter. While some of the reasons for the declines were similar to the first quarter (rising rates, high inflation, geopolitical concerns) the primary catalyst for the April sell-off was something new: a massive COVID-related lockdown in China.

Unlike most of the rest of the world, China continues to enforce a “Zero-COVID” policy, whereby small outbreaks are met with the extremely intense city- and province-wide lockdowns. At the peak of the recent COVID outbreak and subsequent lockdowns throughout China, it was estimated that 46 separate cities and provinces, impacting 300 million people and representing nearly 80% of China’s economic output were shut in and shut down, essentially halting the world’s second-largest economy.

The selling continued in early May, as the Federal Reserve raised interest rates by 50 basis points at the May 4th meeting, the single-biggest rate hike in 22 years. Additionally, at the press conference, Fed Chair Jerome Powell clearly signaled that the Fed would continue to hike rates aggressively to tame inflation and that weighed on stocks, pressuring the S&P 500 to fall to new 2022 lows in mid-May.

Then we had the news that some inflation metrics implied price pressures may be peaking. Those metrics, combined with deep, short-term oversold conditions in equity markets, prompted a solid rally in late May and the S&P 500 finished the month with a fractional gain.

But the relief didn’t last long. On June 10th, the May CPI report showed inflation had not yet peaked as CPI rose 8.6% year-over-year, the highest reading since 1982. That prompted a violent reversal of the late-May gains, and the selling and market volatility was compounded when the Federal Reserve increased interest rates by 75 basis points on June 15th, the biggest rate hike since 1994.

On a sector level, all 11 S&P 500 sectors finished the second quarter with negative returns. Relative outperformers included traditionally defensive sectors such as utilities, consumer staples, and healthcare, which are historically less sensitive to a potential economic slowdown.

Sector laggards in the second quarter were similar to those in the first quarter, with communication services, tech, and consumer discretionary sectors seeing material declines.

Specifically, internet stocks again weighed on the communications sector, while traditional retail stocks were a drag on the consumer discretionary sector following unexpectedly bad earnings from several major national retail chains. Financials also lagged in the second quarter thanks to rising fears of a future recession combined with a flattening yield curve, which can compress bank profit margins.

The factors that pressured stocks in the first quarter, including high inflation, the prospect of sharply higher interest rates, geopolitical unrest, and rising recession fears, also weighed on stocks in the second quarter and until investors get relief from these headwinds, markets will remain volatile.

Where are we going from here?
Keep reading for the third-quarter outlook.

While the volatility and market declines of the first six months of 2022 have been unsettling and painful, the S&P 500 now sits at much more historically attractive valuation levels. And at current prices, a lot of negativities have been priced into the market, opening the possibility of positive surprises as we move forward in 2022.

Markets have aggressively priced in stubbornly high inflation and numerous additional rate hikes from the Federal Reserve between now and early 2023. But if we see a definitive peak in inflationary pressures in the coming months, then it’s likely the Federal Reserve will hike rates less than currently feared, and that could be a materially positive catalyst for markets.

The Chinese economic shutdown has increased global recession concerns, but recently officials in Shanghai declared “victory” against the latest COVID outbreak and if Chinese economic activity can return to normal, that will be a positive development for global economic growth. Meanwhile, recession fears are rising in the U.S., but stocks are no longer richly valued, and as such, aren’t as susceptible to an economic slowdown as they were at the start of the year.

The human tragedy in Ukraine continues with no end in sight, but any sort of peace between the two nations will likely reduce commodity prices.

The sentiment is very negative at the moment, and a lot of potential “bad news” has been at least partially priced into stocks and bonds at these levels, again creating the opportunity for potential positive surprises.

Obviously, past performance is not necessarily indicative of future results.

At Traders Reserve, we understand the risks facing both the markets and the economy, and we are committed to helping you effectively navigate this challenging investment environment. Successful investing is a marathon, not a sprint, and even extended bouts of volatility like we’ve experienced over the past six months are unlikely to alter a diversified approach set up to meet your long-term investment goals.