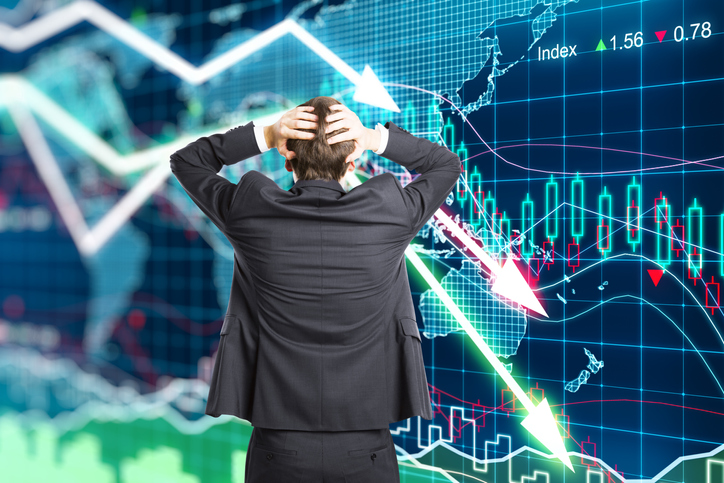 Ok, most fear is irrational, but right now it’s causing markets to sell off, even while stocks are on sale compared to forward earnings multiples. Sure, we have some hurdles ahead, but Traders Reserve is here to help guide you through so you can spend less time watching the markets and more time doing things you love.

This week has a full calendar of events, so let’s get started.

Tuesday’s market was all about the Composite Purchasing Managers’ Index (PMI), which provides an early estimate of private-sector output by obtaining surveys from about 10,000 manufacturing and service-sector companies. The consensus was 55.5 and the actual came in at 53.8. The Manufacturing index consensus number was 58.9, but the actual number came in at 57.5. All that means is that manufacturing is slowing and showing yet another sign of a looming recession.

But there’s some information that I found interesting in the report.

“Average prices levied for goods and services also rose markedly, albeit with the rate of inflation easing from April’s series-record high as some companies reported challenges passing further surges in costs on to customers.”

“Firms continued to raise employment levels midway through the second quarter, and at the fastest pace for 13 months. Manufacturers registered a steeper upturn in job creation, with service providers noting another sharp rise in workforce numbers just shy of April’s one-year peak.”

That’s why I don’t think the jobless claims are going to be skyrocketing any time soon. Despite inflation, companies are still hiring or at least trying to. The economy is still moving and people are still spending money. I still think we will see record numbers for travel this summer. My projection is that we’ll see a more dramatic cutback in consumer spending after the summer season.

We may see numbers that support inflation peaked in April, but the growing concern now is stagflation. We still have supply chain issues, a rapid increase in oil prices, and a job market that is short on workers.

I mentioned the 1970s a couple of articles ago, and I find the comparison from then to now interesting because we had a large rise in oil prices followed by central banks using excessive stimulative monetary policy to counteract a recession. Sound familiar?

All of this is resulting in earnings compression. Companies like Target (TGT) and Walmart (WMT) tried to stand up for the little guy and said they want to play the long game and not increase prices for short-term gains. Both retail giants said they are interested in long-term market share even at the expense of short-term profitability.

Investors are a fickle bunch and rewarded the two companies by selling hard. Target lost 25% in a single day. Did the company really change that much overnight? Yes, their bottom line will take a hit and earnings won’t look as nice, but Target isn’t going anywhere. They have the cash flow and will be fine.

There’s a lot more to the economic calendar this week that you don’t want to miss.

You certainly don’t want to miss the announcement coming out later TODAY. Keep reading below.

Today @ 2pm EST – We have the Fed meeting notes and we’ll find out more about their plans for 2023. Will the Fed have to cut rates in 2023 because they over-engineered the fight with inflation? Will they pause rate hikes in September?

Friday – Personal Income and Outlays report – if there’s any hint that inflation is softening, we could see a market rally. The report comes out at 8:30a.

I wrote about retail getting smacked around last week and I want to take a look at the Dollar General (DG) chart.

We’re now around a support level that goes back a couple of years and remember, DG fell last week because the entire retail industry was hurt by Target and Walmart. This wasn’t news about poor earnings or a scandal and yet Dollar General still lost over 15% in one week.

Let’s now take a look at the daily chart.

We’re now around a support level that goes back a couple of years and remember, DG fell last week because the entire retail industry was hurt by Target and Walmart. This wasn’t news about poor earnings or a scandal and yet Dollar General still lost over 15% in one week.

Let’s now take a look at the daily chart.

Dollar General gapped down to the support level as shown on the weekly chart. Gaps like to get filled and I’m looking for Dollar General to head up from $196 back up to at least $210 (the blue line). If we see any momentum beyond that, we could see DG march back up to $225 over the course of 2-3 months if not sooner.