Consumer expectations fell to a 9-year low due to inflation, the ongoing war in Ukraine, covid lockdowns in China, supply chain issues, and a host of other reasons.

Let that sink in for a second.  Consumer expectations are worse now than at the beginning and middle of a global pandemic that had most of the world sheltering in place for weeks, if not months.

The consumer expectation index is based on consumers’ short-term outlook for income growth, job market, and overall business conditions.  The last time the reading was this low was back in March of 2013.

Just how correlated are consumer expectations with the reality of the market?  Can this be used to predict where market prices will go?

Here’s a chart of Consumer Expectations over the years.  Focus on the orange line.  The shaded areas are periods of recessions. 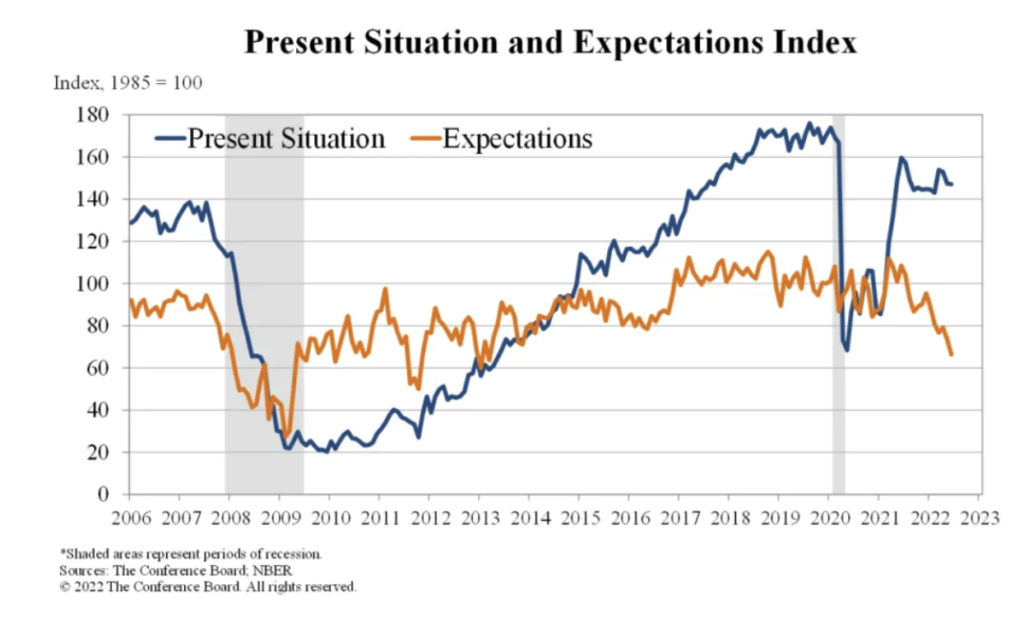 I went back to 2013 and did some searches to find out why people had such low expectations about the economy back then.

We had the budget sequestration in 2013, which refers to automatic spending cuts from the federal government as part of the Budget Control Act of 2011.  Maybe they didn’t know where the money printing machine was located.  I can’t remember a time when the government had budget cuts.  I thought we just printed money when we needed it.
There was also a higher payroll tax, and new taxes coming from the Affordable Care Act which together caused consumers to believe the market was headed for a rough time ahead.  Around the same time, reports came out saying durable goods climbed, home prices rose, and sales of new homes sank.  Sound familiar?  So, yes, there was some bad news in 2013, but was the low expectation rating warranted?
The S&P500 was already in an uptrend and that is different from where we are today, but over the next six months after the report came out in 2013, the market continued to climb, not fall.  Consumers’ expectations were not correlated at all with what happened in the market. 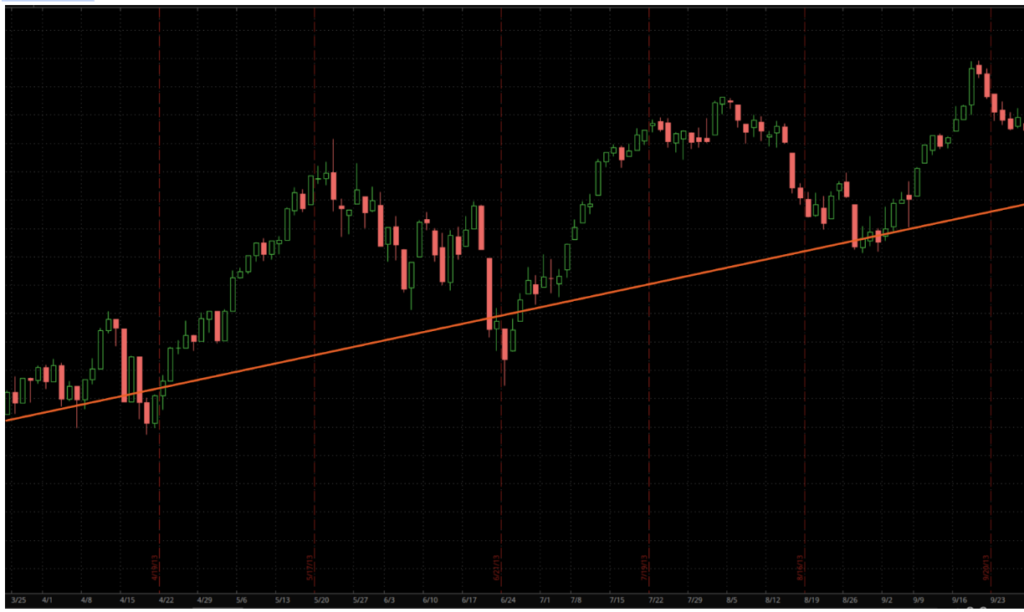 Let’s use one more example…

Here’s a headline from CNN Money from August 2011, another time when consumer confidence hit a new low.

And here’s what happened in the stock market after the report.

The market came off a nasty dip and then the report came out showing confidence in the economy dropped.  There were another volatile two months before the market started going back up.
My point is that yesterday’s headlines were filled with stories about consumer confidence and consumer expectations and a feeling of hopelessness.  Based on previous times, I am saying consumer sentiment tends to be a lagging indicator.
I’m not saying we’ve hit a bottom.  I still think we have at least another leg down to go, especially with resistance at the $3970 area, as I wrote about yesterday.  To be fair, I did think we were going to break through that resistance level and try to fill the gap before we turned around back down, but so far this week that isn’t happening.  We will see if the start of the new quarter can inject some cash into the market.  Otherwise, I’m looking for us to go down and retest the $3665.75 level. That’s a 4% drop if that happens.
If you have any questions, comments, or anything we can help with, reach us at any time.
Email: [email protected]
Phone: (866) 257-3008
Jeff