Is This The End Of A Tech Giant?

Remember when IBM built a personal computer and no one had a clue of what it would do or how it could impact lives decades into the future? Or when cell phones still had buttons and Apple (AAPL) and others introduced us to the world of apps and personal computing in the palm of our hands? Or when Google (GOOG/L) gave us the power to access the world’s information by searching for a term and pushing a button?

We might not have understood the ramifications at the time, but we are standing at the precipice of everything changing to the likes we haven’t seen in over a decade or more.

OpenAI is a company involved with artificial intelligence and earlier released their DALL-E-2 program which allows users to type in a phrase and the AI draws a picture for them in a matter of seconds.

I entered, “a dachshund, chihuahua, and mini Yorkie sitting on a couch with a Christmas tree in the background, digital art” and here’s the image: 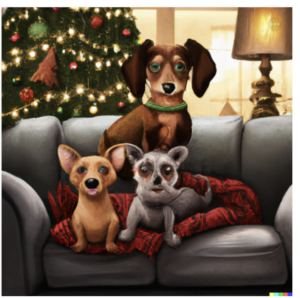 Now take that same AI and apply it to digital information.

Yes, everyone is talking about OpenAI’s new ChatGPT. What is it?

At the moment it’s the best artificial intelligence chatbot ever released to the public. It was opened to the public this week and the site is down due to overwhelming demand.

Ok, but why is a chatbot going to end everything around us? Think about the implications this could have on every industry.

Let’s look at search engines. What is Google now? A data aggregator that gives you a list of websites, videos, and images it thinks will be relevant to answering your questions. Google then makes money from advertising when users click on links for ads during their search journey.

What if AI could take all of those search pages and chat with you to give you the information you need instead of showing you other websites? Google might be dead!

This was taken from a forum page I follow, and the person mentions their preference to use ChatGPT over Google search:

Still not convinced? What about a computer programmer who is getting an error and doesn’t know how to fix the code? A user could ask the chatbot how to improve the code and provide an example and ChatGPT will answer in neural language. 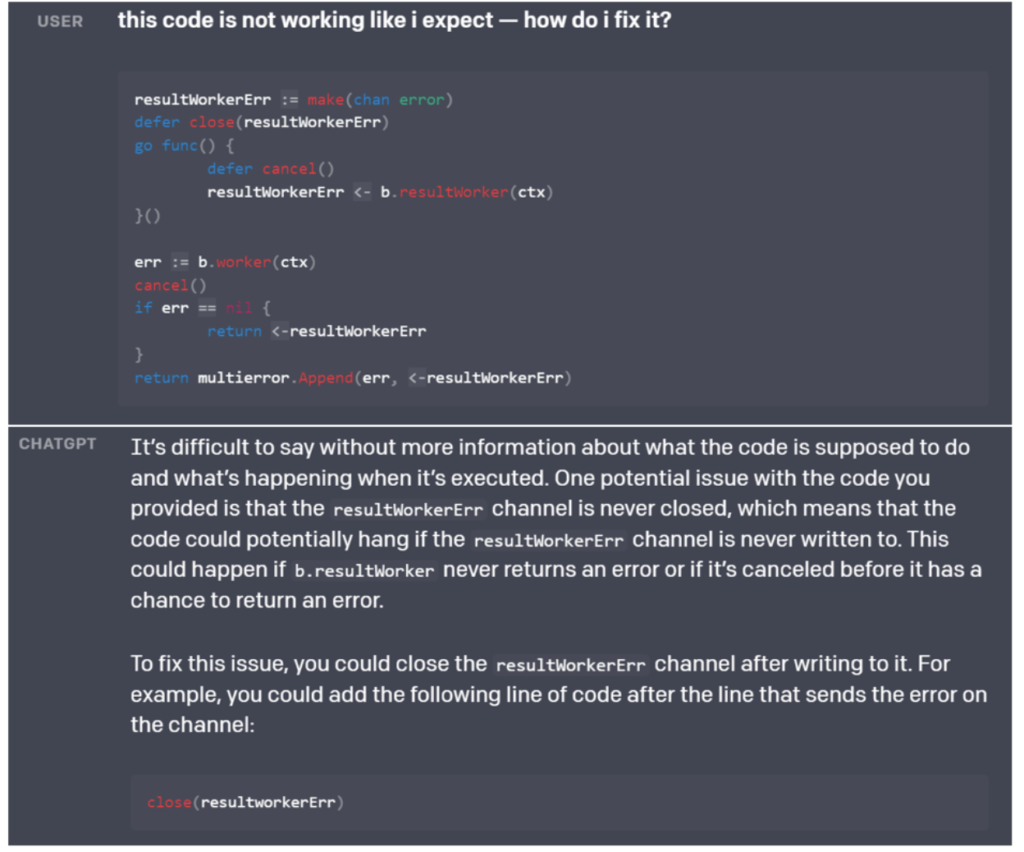 It’s not a search engine. It’s a supercomputer that uses reinforcement learning from human feedback (RLHF) – an algorithm reliant on human responses – to create a new model that is presented in an intuitive chat interface.

Don’t we already have IBM Watson? Yes. And this is more of a Watson 2.0 given the simplicity of the user interface.

This could be the beginning of the next seismic shift. How can you profit from it?

One way to profit from the coming wave of AI technology is in the form of the ticker, BOTZ. It’s the Global X Robotics & Artificial Intelligence ETF.
It was beaten up with the rest of Tech this year, but this ETF, which has exposure to companies in developed markets that are involved in the development of robotics and/or artificial intelligence, has the potential to rise back to its old level of around $40.

It’s currently trading at $20.84, giving you the opportunity to make a 100% return. It may not be the time to buy now, but this should be on your radar.

If AI can fix computer code now, how long will it take before it is writing the code in the first place? Is that the end of programmers? Entire industries might be wiped out, but that will mean brand-new ones will form.

For all I know, this could be my last post of Filthy Rich, Dirt Poor. Tomorrow you might have an entire article written for you by AI.