One Method To Determine An Upcoming Trending Day 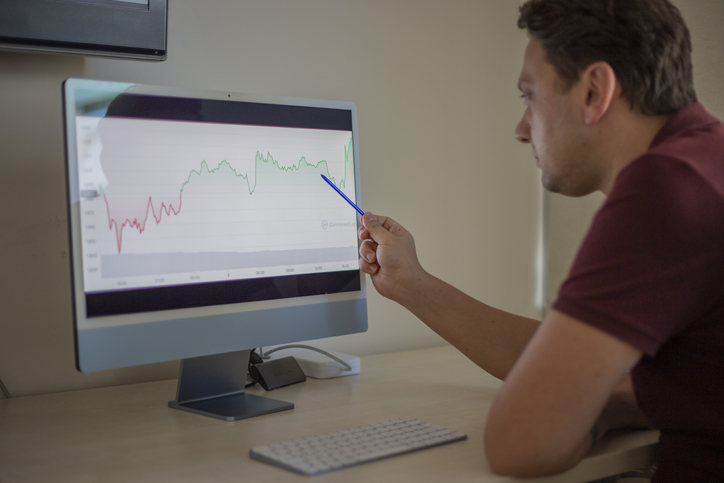 For those who like looking at charts and can sit in front of their computer during trading hours (ok, maybe I’m off to a bad start already), I have a chart pattern that you can look for to help determine the market direction for the following day. More on that in a second.

This morning we have jobless claims and our friend Jerome Powell speaking before the market opens. The last time he spoke, the market dropped 1000 points in a day. At least he’s not speaking on a Friday. The market seems to always fall apart on Fridays this year.

We’re likely to hear about a 0.75% increase as that has become the global norm. The European Central Bank as well as the Bank of Canada are also set up for a 0.75% hike.

Let’s review where we are in terms of market direction. The S&P 500 bounced off of a support line that has been in place since May, but I’d still be cautious that this is anything more than an opportunity to go back short.

The 3900 level, which is a major psychological support level for no other reason than it is a major round number, was also the support line that formed back in May. But right above here are still the 20-day, 50-day, and 200-day moving averages to get past.

For those who like to follow Fibonacci Retracetracements, we fell down near the 61.8% level and a break below would invalidate the previous trend higher and signify the start of a new trend lower.

Ok, here’s one way you can determine if the following day has the potential to be a trending day in the market.

Let’s first take a look at Tuesday’s end-of-day chart of the SPY. Tuesday’s price action drifted lower and into a wedge (a period of lower highs and higher lows). The close of the day had a large volume spike and an up bar to close the day. The next day, the market opened and broke out of the wedge and then zig-zagged higher all day, almost at regular intervals for each leg higher (horizontal red lines in the chart below). 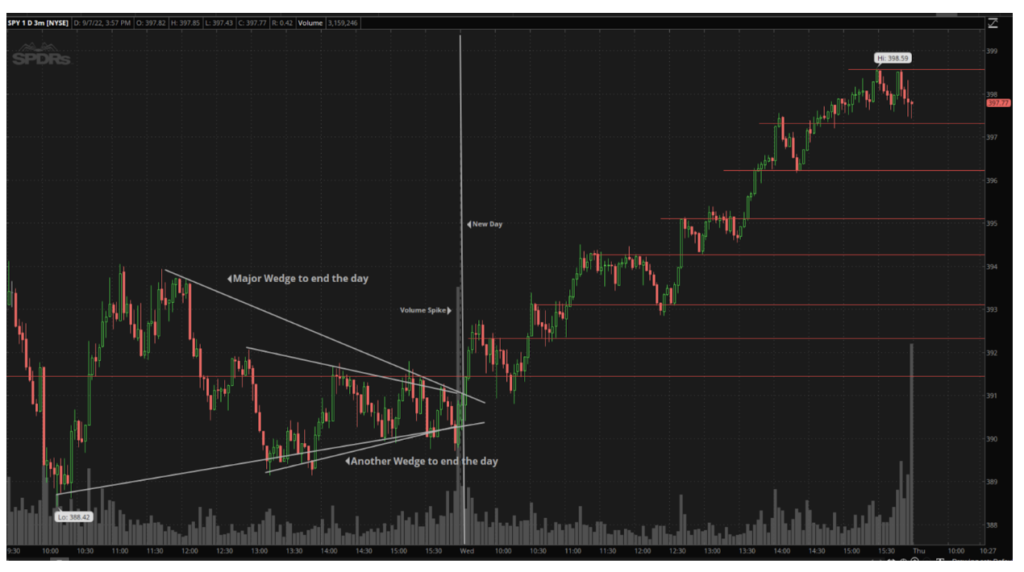 One way to help determine if the following day has a probability of being a trending day is to review a 3-minute chart with about an hour left in the trading day and watch out for wedges. The wedges may have formed earlier in the day, but you’re looking for that end-of-day wedge with increasing volume. Then watch for an explosive move the next morning in either direction and the rest of the day is most likely going to continue in the same direction of the breakout.

As with any new tip, idea, or trading tactic, test this out using paper trading and see if it works for your style of trading.

PrevPreviousShould We Expect Launch Day To Bring Gains To This One Stock?
NextMobile Gaming Is On The Rise As Jobless Claims DecreaseNext