Sometimes investing is tough when there’s a humanitarian crisis.  It certainly puts things into perspective for one, but, as crummy as it is to talk about, it also starts affecting the market.  I get it, the humanitarian effect is much worse, but since this is an investing newsletter, we’ll talk about it from that perspective.

As we’ve been talking about all week, we’ve been scouring the earnings reports to get a picture of what is to come.  And while some big-name companies have shut down services in Russia in protest, the result is reduced revenue.

Netflix reported earnings and they were expecting to gain 2.5 million subscribers, but instead, they lost over 200,000, the first net loss in over a decade.  That wasn’t all due to Russia, but shutting down customers didn’t help the $40 billion loss in capitalization.  It wasn’t all bad for Netflix, but the increase in competition from Disney+ and other streaming services as well as suspending operations in Russia led the streaming giant to lose over 27% in pre-market yesterday.

While free cash flow was up, Netflix also announced that they will crack down on users sharing passwords.  They estimate over 100 million households globally are using their service without paying.  This isn’t the first time they’ve threatened to do so, but money a 27% drop in share price, while looking at a staggering number of shared passwords just may push the company to take action.

They also mentioned that they’re running out of markets, so they have to get creative in getting new subscribers, like offering a lower-priced, ad-supported tier.

Netflix’s bad news wasn’t all a direct result of the Russian invasion of Ukraine, but the longer this conflict goes on, the bigger the humanitarian crisis, and the greater chance of impacting investors and traders like us.

If Netflix’s growth story changed overnight and they are now a value company, they have a ways to go down before value investors will think they are worth picking up.  Netflix was $700 in Nov. 2021 and now $251.  They broke a yearly low support line.  The next support line is down around $135.

With the rally on Tuesday, Technology came roaring back to lead the 1-day performance and first the first time in a long time, is in the upper half of the 1-week chart.  Is there a broad-based turnaround happening or was this a one-day phenomenon? 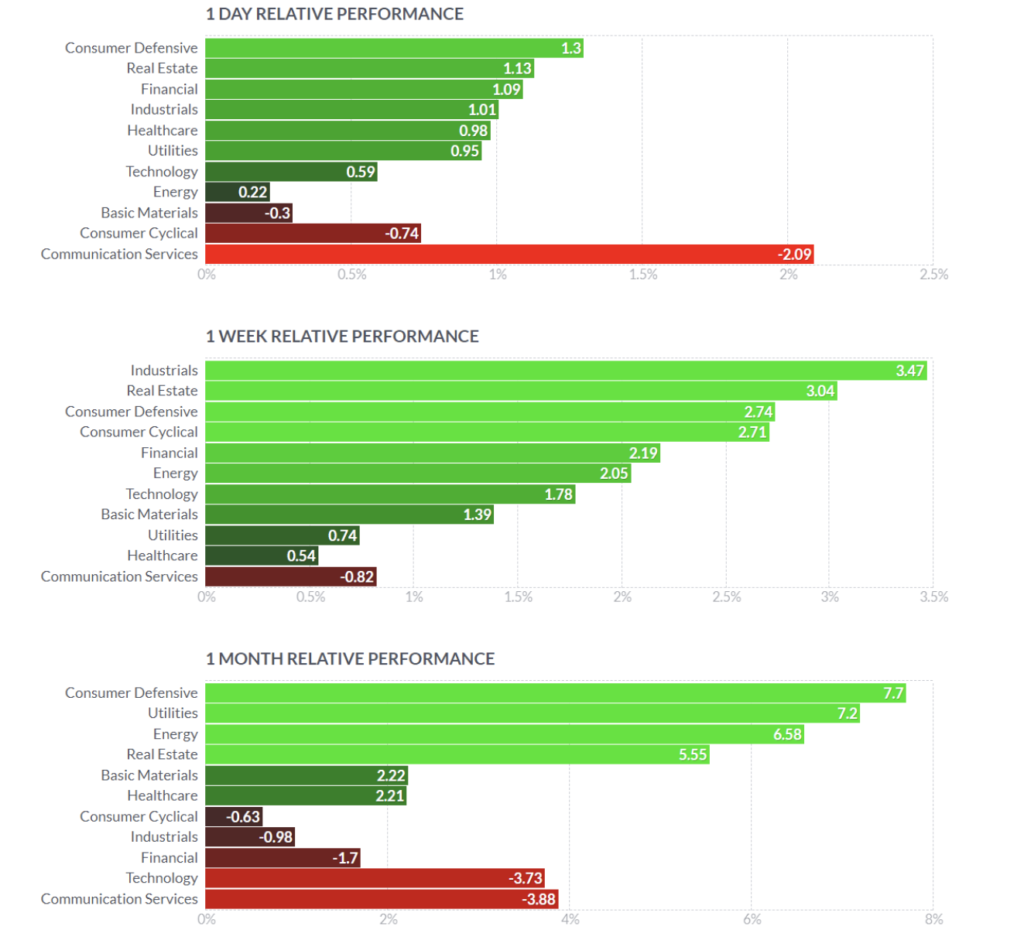 Ok, this whole article has been about the struggles of Netflix, but what if we’re completely wrong and Netflix heads higher.  There is an options strategy that allows you to profit off stock moves, as long as the underlying has a strong move either up or down.

A straddle option play is when you buy a call and a put at the same strike price.  Since you are buying two options at the same time, this has a higher net debit, but as long as the stock moves strongly in one direction, the gain from either the call or put option will offset the loss in the other option. 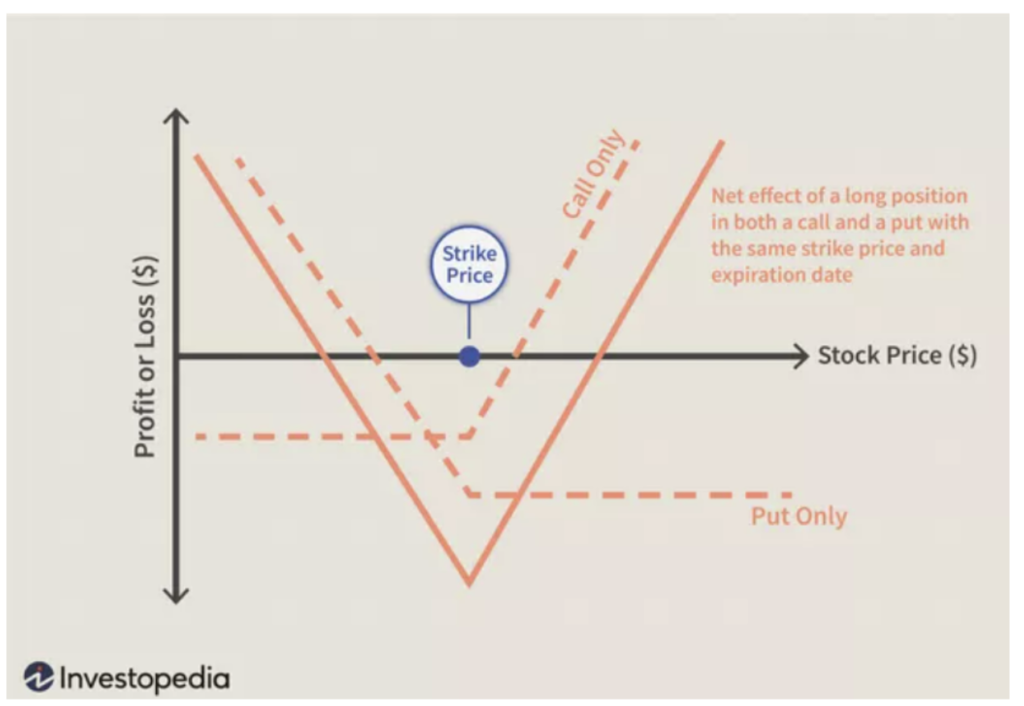 Some investors chose this strategy during options seasons if they believe a company, like Netflix, has the chance to make a large move after an announcement or event.  I didn’t know NFLX was going to move 27%+ overnight, but let’s say I assumed that could happen, now let’s look at how we could have played this a couple of days ago.
Rewind to 4/18/22 and NFLX was trading at $337.86.  The 29 APR 22 $337.50 call was $19.70 and the same strike price put was going for $19.45.  Your net debit would have been $3835 per contract to place the trade.

Before getting too excited and putting on straddles on every earnings play, just remember this was a historic day for Netflix and most companies don’t drop by 36% in a day.  If you like the idea of this strategy over earnings though, my advice is to look at companies that tend to have large moves after earnings and determine the average move.  If the average move after earnings is $5, you need to make sure a $5 move will still be profitable since you are buying two opposing option legs.