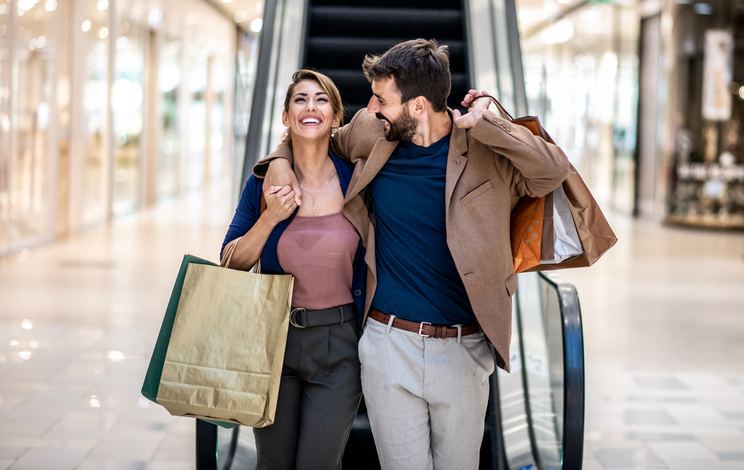 As part of round three of opening up after covid, I expected people to get out of the house and start traveling again.  Mind you, people have been traveling, but we haven’t seen a return to the pre-pandemic levels just yet.  With more countries opening their borders, my theory was that people would shrug off the cost of travel and go enjoy the summer months in locations that may have been closed off or more difficult to get to over the last two years.

Certainly, we saw earnings from the airlines like Delta Airlines (DAL) agree with my theory as they projected an uptick in travelers this quarter.  Some of the other travel plays like Airbnb (ABNB) also projected a strong summer.

But let’s just take a step back and look at what we saw from retail numbers last week.  Walmart (WMT) and Target (TGT) announced that the number of customers is steady, but their data is showing that consumers are trading down to the lower-priced items vs some brand-name staples.  If people are altering their shopping habits, does that mean summer travel is off the table now?

Or maybe in an odd way the retail numbers support the travel theory.  Instead of spending money on things, people are still willing to shrug off higher costs to buy experiences.  A mentor of mine often talks about one key to happiness is through experiences over things.

Going out for experiences doesn’t mean traveling far.  After all, who wants to travel after we saw more than 2,800 canceled flights over the weekend because airlines are short-staffed in one key area – pilots!

The EU banned Russian oil, which sent prices soaring to a 1.5-month high, which is sure to raise the cost of traveling to distant destinations.  How do you still go on vacation without going anywhere?

Numerous stories are coming out about going on a staycation rather than a vacation.  You can still visit with family and friends, but you don’t have to travel.

Either way, staycation or vacation, If you’re going to go explore the world or your own backyard with family and friends, you need to make sure you’re looking good, right?

That got me thinking about companies in the specialty retail industry.  Companies that focus more on clothing and beauty products.  What do the numbers say about spending in those industries?

First I wanted to see how clothing companies like Stitchfix (SFIX) are doing.  As long as people are working from home the majority of the time, the subscription-based clothing retailer has hit headwinds that it can’t seem to clear.

Sales have actually increased year-over-year for the past five years in a row, but earnings-per-share has yet to recover to positive levels.  The company lowered guidance for the rest of the year, citing the difficulty to onboard new clients.  The only good news is that spending per existing client is on the rise with the launch of their Freestyle service.

Likewise, The Gap (GPS) has been struggling to break out of its downtrend from May of 2021.  They cited similar issues – difficulty finding new customers led to deeper than normal discounts combined with increased costs.

Ok, so people are not spending money on clothes… got it.

Then I came across Ulta Beauty (ULTA).  People are still spending money on beauty products.  Ulta CEO, David Kimbell said, “Consumers continue to be highly engaged with the beauty category as they participate in more in-person activities, engage in more travel, and lean into experiential spending,”  It doesn’t matter if you’re doing a vacation or a staycation, people are still interested in beauty products.

ULTA had earnings last Friday and shares popped over 12% on news that sales climbed 21% year-over-year and in-store traffic rose 10%.  Their average ticket price rose by 7.3% as shoppers spent more per visit.  We’ve seen this with some other retailers as well.  One theory is that consumers are making fewer trips to conserve gas, but spending more per trip.

Another company to look out for is The Beauty Health Company (SKIN).  SKIN’s CEO has worked for several big-name brands, one being Kylie Jenner Beauty, Unilver, and Loreal.  Their Chief Experience Officer worked at Google and Target.

SKIN’s main brand is HydraFacial, which claims to cleanse skin deeper than traditional microdermabrasion.  They recently unveiled an upgrade to their HydraFacial system, called HydraFacial Syndeo.  This new delivery system is connected to the cloud, allowing providers to see consumer history and preferences.

The company has an interesting story with long-term growth prospects and is currently on a watch list of mine for Wealthy Investor Society for a possible upcoming issue.

It’s currently trading around $14 and its 50-day moving average is around $20.  Its 52-week high sits around $30.  The overall market is still bearish, despite the rally from last week.  But if beauty stocks continue to deflect inflationary pressures, we could see a bounce in this stock.