During the pandemic, investors poured into the high-growth tech stocks since money was essentially free. Companies like Apple (AAPL) got to take loans at essentially 0% and that drove their trading multiples higher. People were willing to pay a premium for the growth potential. Remember when this is what Apple looked like?

Now that interest rates are higher and liquidity is drying up, the market is realizing that paying the premium P/E ratios, even on a company like Apple doesn’t make sense.

What if I didn’t name the company already and asked you how much you would invest in a company with shrinking margins, a heightened concern with geopolitical issues between China and Taiwan that could shut down a large customer base and suppliers, and it’s a company that hasn’t released anything truly new in years and only projecting single-digit growth in this year?

That’s why Apple has been on a losing streak. They are a cash-generating company by selling essentially subscriptions to its billion customers. I understand that iPhones aren’t subscriptions, but the loyal fan base buys the phones each year, even if they are essentially the same as the previous model. One day, whether it be a new AR or VR or some other product, Apple will utilize its customer base of over a billion people and then they will enjoy a new growth period.

Everyone says the market trades in the direction of Apple, but this is where I think we are entering a change wave. I don’t think the same big-name tech stocks that dominated the previous 3 or 4 years will be the ones to lead us out of the bear market.

The problem is that I don’t see a market leader, or leaders, who are ready to be part of the changing of the guard. That’s why I think we’re muddling along right now. Apple and those like it can use their cash reserves to buy back shares and protect their stock price and wait this out.

How rotten can Apple become? How could you trade it from here? 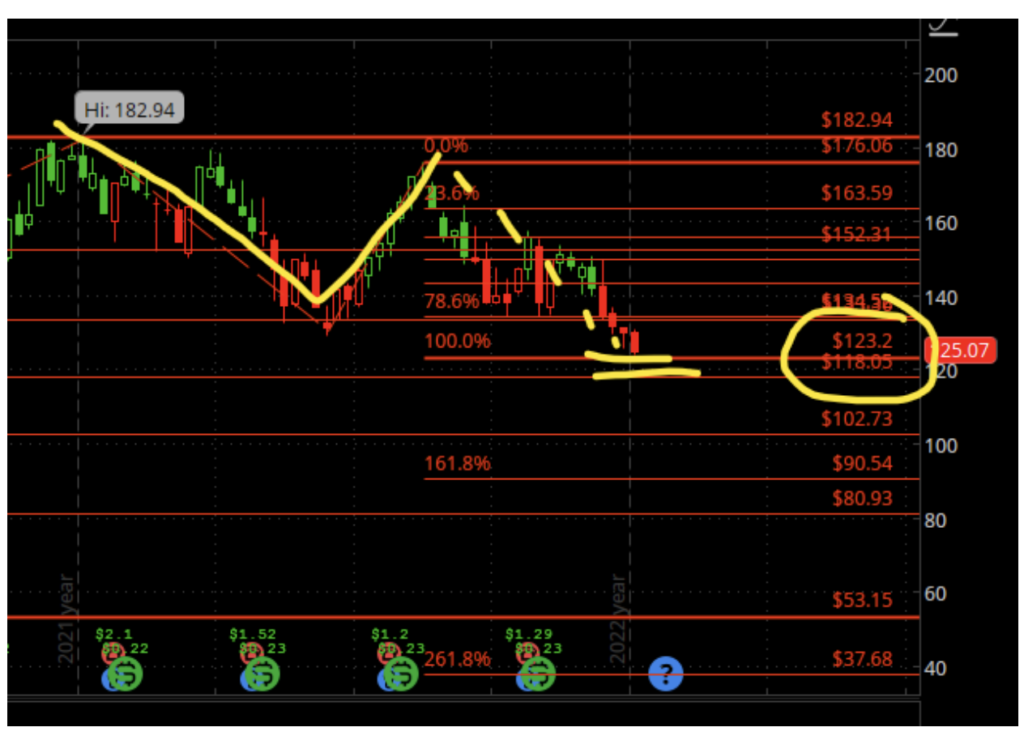 That means we now have two different tools telling us a potential pivot level is $118 and $123. So, I think there is a key level there. A break below that level will send it to the $100s in my opinion.

They have earnings on 1/26/23. Let’s look at the options data for the 1/27/23 expiration to see where the market might think Apple will go. 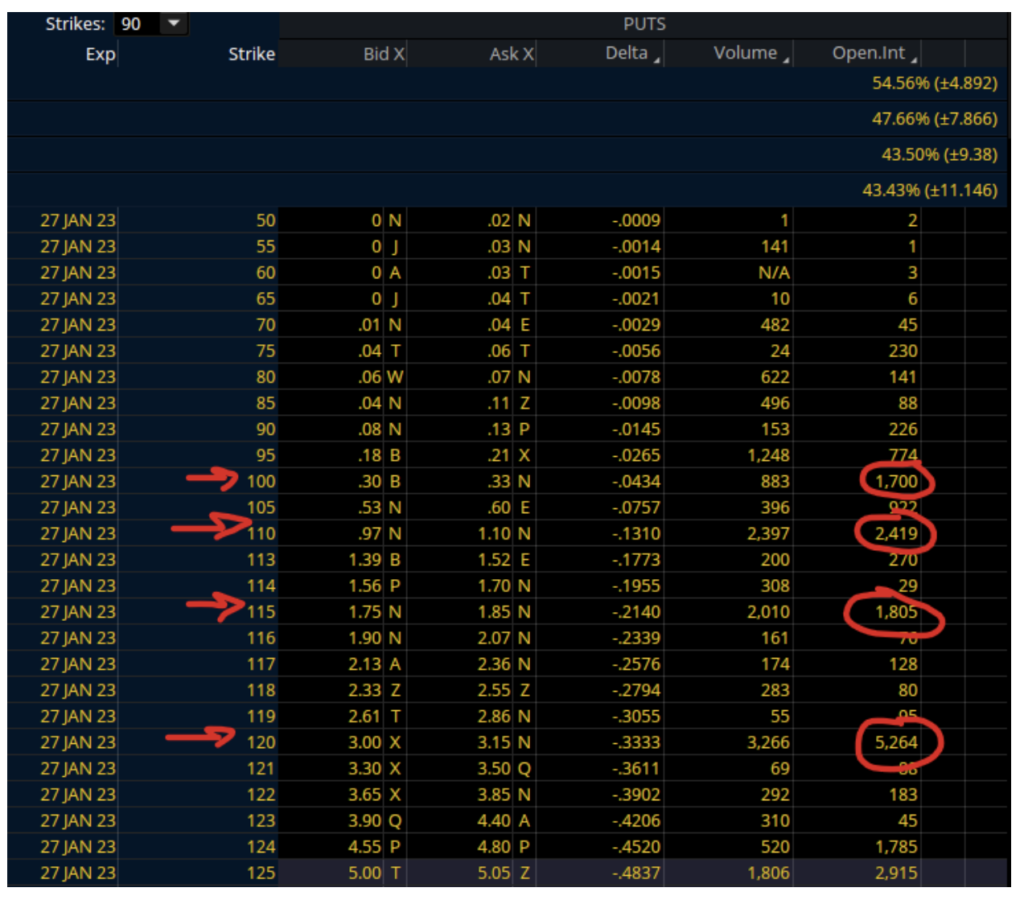 You could sell a cash-secured put at $120, but if the stock continues lower, the put will be challenged until time decays.

You could sell an Iron Condor, but again, selling puts right now could get challenged over the next few weeks.

You could create a butterfly trade for a low cost. It’s a low-risk, high-reward trade, but that also means the probability of success is usually lower.

If you want to reduce the debit, wait for an up day before putting on this trade. Apple lost nearly 4% in a day. It might have an up day or two in the near future.