Volatility has been sinking and has dropped nearly 25% in the past month. 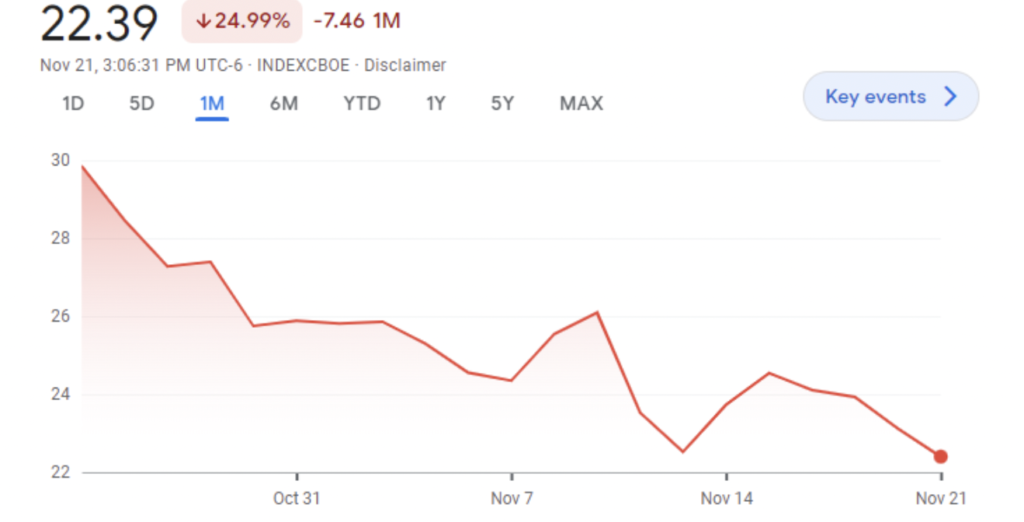 In a bull market, it’s not surprising to see a falling VIX, but in a bear market, a VIX below 22 can signal the top of the most recent bounce. Look at the last few times this year when the VIX flirted with 22 or less and look at what happened in the SPY chart. 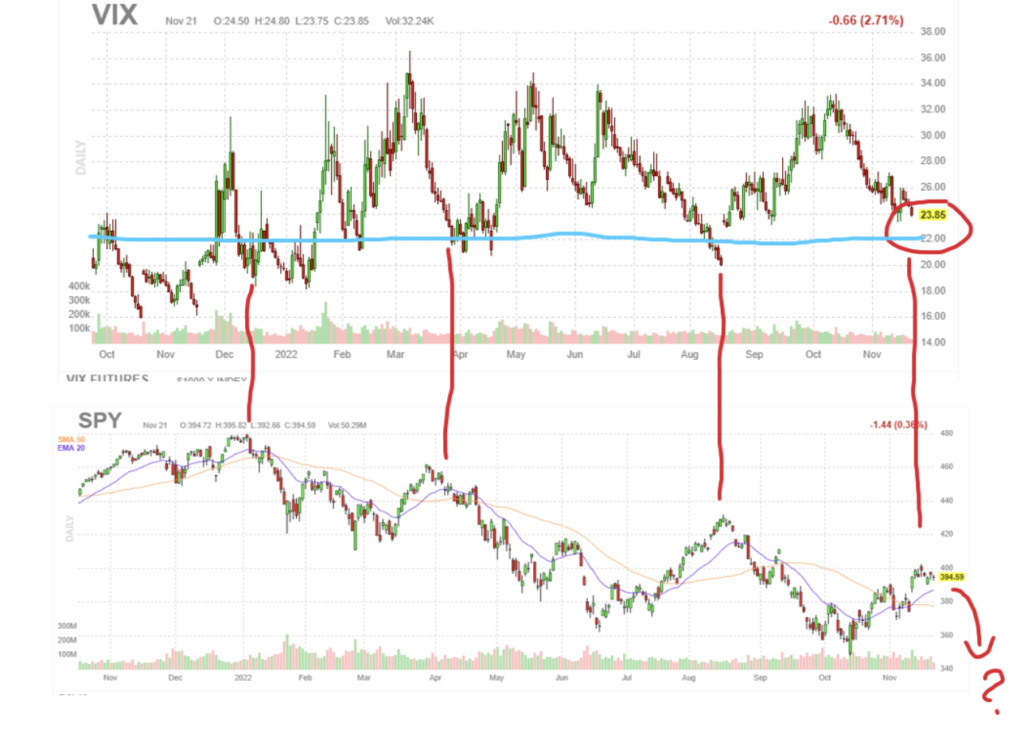 Historically the week of Thanksgiving has been bullish, with an average gain of 0.5% with a 68% win rate. But we had Fed representatives mention that another 75 basis point increase is not off the table and Mary Daly from the Federal Reserve Bank of San Francisco said the U.S. central bank may need to lift the key rate above 5% if inflation doesn’t ease.

If that wasn’t bad enough, the U.S. dollar gained against other currencies, and the crypto market is still reeling from the recent FTX collapse.

All of this is potentially putting a damper on the recent market rally and leaving us with choppy trading this week.

So while the market digests the news and also figures out if Bob Iger’s return as Disney’s CEO will help stop the freefall of the stock, we’re going to look at a holiday trading strategy I like to use any time the market takes a day off. This works well when the market can’t make up its mind.

Let’s start by looking at the foundations of a calendar spread. This options strategy is established by entering a long and a short position on the same asset but with different delivery dates.

The spread involves selling a short-dated option while buying a long-dated option. For example, you’d sell the December contract while buying the January contract for protection against an unlimited theoretical loss. Don’t worry – I’ll give you an example.

The calendar spread is most profitable when the underlying asset does not make a significant move in either direction.

A calendar spread can be done using either calls or puts, but the trade must involve the same type for the anchor leg and the offset let. No mixing calls and puts here.

Ok, let’s break down the components.

Start by selling a call or a put. For this example, we’ll use calls and we’ll look at the ticker, SPX. If you sell an at-the-money call (the option strike price that is closest to the current stock price), you have a risk graph that looks like this. As a seller of a call, you’re obligated to buy shares at the price you sell, therefore if the stock goes up to infinity, you have an unlimited loss.

Ok, now let’s look at the second part of the trade. Buying at an at-the-money call has a risk graph that looks like this.

As the stock price rises, your position has a theoretically unlimited profit potential.
Remember, a calendar spread involves selling and buying the same strike price but in different months. So when you merge the two risk graphs together, you get something that looks like this. The max profit of the trade occurs if the underlying asset stays at the strike price that you bought and sold – in our case, the SPX at-the-money strike price.

With SPX currently trading at 3950, let’s see what would happen if we sold the December 16th 3950 call and simultaneously bought the January 20th 3950 call.

In other words, this trade will be profitable as long as the stock finishes within the yellow box by December 16th. However, unlike an iron condor, the amount of profit on this trade will depend on where the underlying price closes relative to the option strike price you sold. The further you are away from the sold strike will yield less profit within the yellow box. 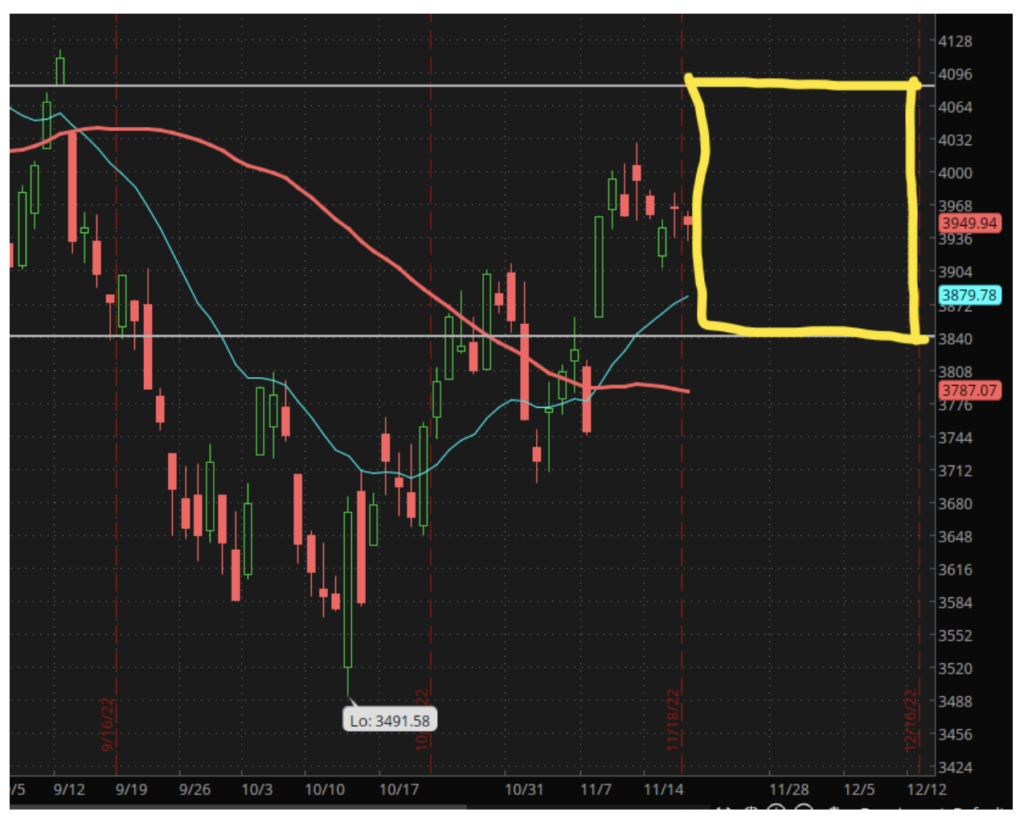 See you tomorrow for part two of the Holiday Trade. To be continued… 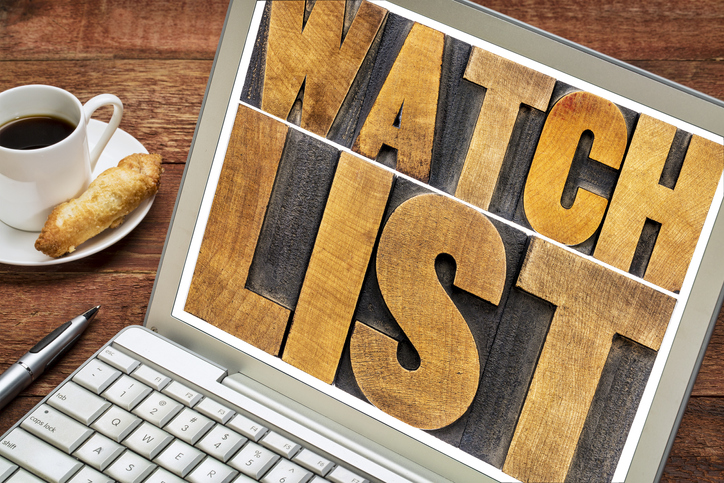 Three Stocks Headed Higher With An End Of The Year Rally