The Most Dramatic Move In The Market Is Coming This Week 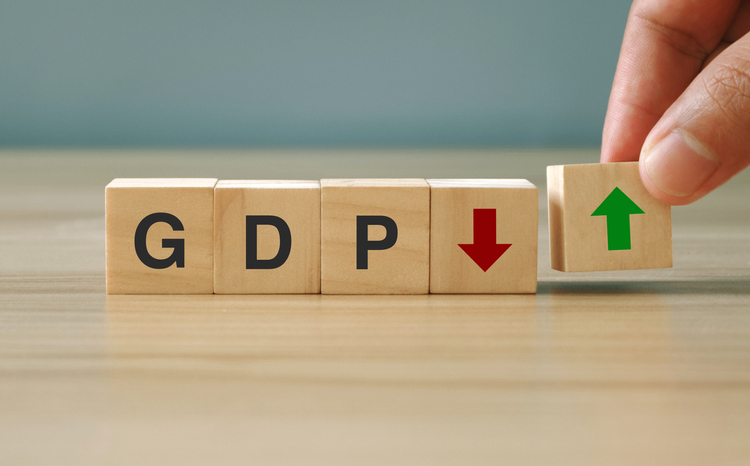 This is perhaps going to be the busiest week in the market and won’t be for the faint of heart. I’m not trying to be overdramatic, but up until last week when the markets shrugged off the news of major tech companies announcing slowdowns or complete shutdowns of new hires, the market has been whipsawing on every new piece of news that comes out. That’s one of the main reasons why I try to highlight the major reports each week.

This week will be like no other. We have over 175 of the S&P 500 companies reporting earnings. Last week was going smoothly until Snapchat (SNAP) showed a decrease in ad revenue, which represents a good source of income for companies like Meta (META) and Alphabet (GOOG/L).

Of the 175, we have some of the largest weighted stocks in the major indices reporting earnings. Microsoft (MSFT) and Alphabet (GOOG/L) report on Tuesday, Meta (META), formally Facebook, reports on Wednesday, and Amazon (AMZN) reports on Thursday.

If that wasn’t busy enough, the Fed speaks on Wednesday, with an estimated 75 basis point rate hike on the way. Now, the last couple of Fed meetings has given us positive trading on the day of the announcement, followed by hard selling the days after. Could earnings of some of the top S&P 500 companies help break that trend?

Let’s not forget that the GDP report comes out Thursday and could show two consecutive quarters of GDP contraction, which would give us the necessary data to support the most widely used definition of a recession.

It’s time to protect your portfolio from some potential violent swings. We could be in a world of pain if the Fed says anything about inflation not going away and we get some negative earnings (Alphabet already lost over 5% on Snapchat’s news) and if we get the reading of a technical recession from the GDP report.

Conversely, we could skyrocket if those all come in better than expected. No matter what happens, I see some major market moves to come this week.

My opinion is that with one week to go to finish out this month, the SPX will finish above 3890 and ultimately finish with an up month. If we suffer a breakdown and finish below 3890, we will still have an up month, but that will show some signs of major weakness going into the new month.

Ok, let’s get ready for the trading week ahead. Continue reading to find out more about the reports that have the greatest chance to impact the markets.

Tuesday – Consumer Confidence @ 10 am EST – The anticipation of a weakening job market and a recession brought last month’s reading to its lowest levels since the pandemic. Forecasters are expecting this number to drop even further.

Tuesday – New Home Sales @ 10 am EST – We are expecting to see a significant drop off in new home sales as rising interest rates are making it less attractive for new home buyers. We’re looking for a 664k number vs the annual rate of 696k,

Wednesday – Durable Goods & International Trade in Goods – 8:30 am EST – Normally I’d say this can impact the markets, but all attention will be focused on the Fed announcement later in the day. That said, the durable goods report is set to show orders falling from the previous month and the international trade deficit is expected to narrow slightly.

Wednesday – FOMC Announcement – 2 pm EST – Forecasts are showing a 75 basis point hike, which has come down from earlier estimates of 100 basis points. The true test is that Microsoft (MSFT), Apple (AAPL), Alphabet (GOOG/L), and Meta (META) all report earnings this week as well. In fact, 175 of the S&P 500 companies are set to report this week.

Thursday – GDP & Jobless Claims – 8:30 am EST – The widely followed definition of a recession is two consecutive quarters of negative GDP growth. We had one last quarter and the consensus range is anywhere from -1.1% to positive 1.5%. If we see a positive number here, we could in theory say we’re not headed for a recession. If we see a negative number, we could see the markets overreact to information that has already been known. I think the market has tried to price in a lot of bad news, so I think the risk is to the upside here, but you never know what will happen if the ‘R-word’ can legitimately be used.

Jobless claims are expected to remain steady at 249k, which would still be higher than the 2140.5k 4-week moving average.

Friday – Personal Income and Outlays – 8:30 am EST – Again, this is a report that normally carries some weight, but with GDP and the FOMC meeting earlier in the week, I don’t expect much of a market move from this report. Intraday traders may see a blip and should be aware though. Personal income and consumption expenditures have been beating expectations as of late.

Stay tuned as we will continue to update you as this week progresses.

PrevPreviousWhich Sector Is Most Likely To Beat Earnings Estimates?
NextCould This Industry Be The Next Subprime Mortgage Crisis?Next