These Three Words Can Change Your Trading 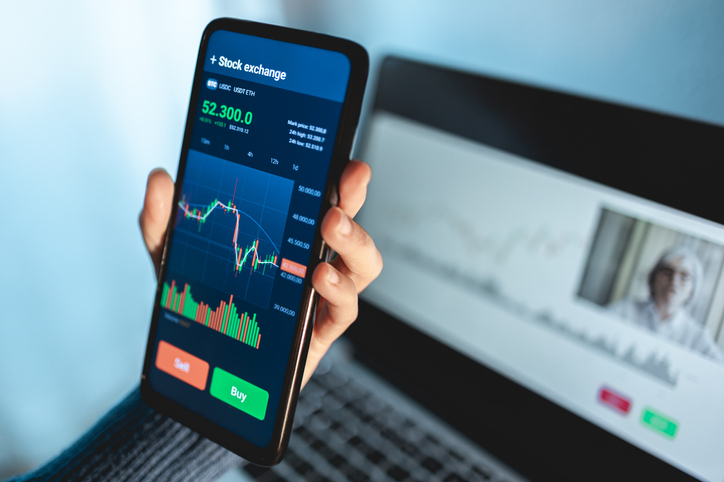 I never thought three words would completely change the way I trade. I can’t believe I’ve been trading as long as I have and just recently discovered the power behind these three simple words. In fact, I’ve made over $100 this week alone by following these words and you’ll see why that’s important in a moment.

Before we get to what those words are, let’s look at what the market has to offer. As I mentioned yesterday, there are a plethora of reports coming out this week and as expected, trading was choppy, but ultimately settled into the afternoon. I also mentioned that the UK’s search for a Prime Minister was going to be in focus this week and could cause instability, but that was resolved as Rishi Sunak was announced as the next PM, easing the political crisis that was unfolding.

With the Euro stocks gaining ground, the U.S. stocks followed suit. Even as the 10-year T-note yield increased with a jump in inflation expectations, there’s still optimism in the market as investors look forward to mega-cap tech earnings.

Over the last two months, the SPY hasn’t been able to keep going higher for more than about 2 days, aside from early September when we enjoyed a four-day march higher. Can we break the cycle?

Lastly, before we get back to the three words, the PMI came in weaker than expected, showing the steepest pace of contraction in 2 ¼ years. But remember, we’re in this cycle where the bad news ends up playing out positively in the market and vice versa.

Ok, as promised, here are the three words that can change your trading.

I have to give credit to one of the Millionaire Trading Club presenters, Haley Bjorklund, for telling everyone this piece of advice. It is so simple and yet so incredibly effective.

What does that mean? Well, it means it’s ok to put your trade order in and ask for a discount. If you’re buying, don’t place your trade at the asking price. In fact, most will tell you to start off at the mid-price (the price between the bid and the ask), but not Haley. She said to ask for even more. Isn’t the mid-price already asking for more? How much more can you get?

I tried it out this week when I was placing a long call and had my order ready at the mid-price, my default action. Then I remembered I deserve better. I asked for more.

Now, I was trading 5 contracts, but not only did I get in for $50 cheaper by putting my long call order in for even less than the mid-price (meaning I was willing to buy the call at a discount to the listed price), but I also made an additional $50 when it came time to close. I entered the order between the mid and the ask and I was filled.

That is just one of the pieces of information she shared during her presentation. And there are two days of presentations! Imagine the nuggets of information you can learn from all of the presenters, not to mention I gave away my complete 4-day trading system and held nothing back. I gave out all of the rules to follow, including entries and exits.

Go here to get your copy of all of the presentations before the price goes up!

Don’t miss your chance to get the recording of Haley’s presentation, along with all of the recordings from the Millionaire’s Trading Club event for a discounted price (just under $100!). Ask for more with your next trade and you too, might be able to cover the cost of the MTC recordings.