After the year we had in 2022, everyone wants some indication that this year will be better. So we start comparing where we are now with previous years to see if we can predict where we might be headed.

Yale Hirsch developed the January Barometer in 1972 by looking at the first five trading days of January and then looking at the return for the month of January to see if he could predict how the rest of the year would perform.

The indicator is supersized if we have a greater than 2% return in the first five trading days of the year. With yesterday’s fall, that didn’t happen, but the first five days did finish in positive territory and that’s still a good sign. 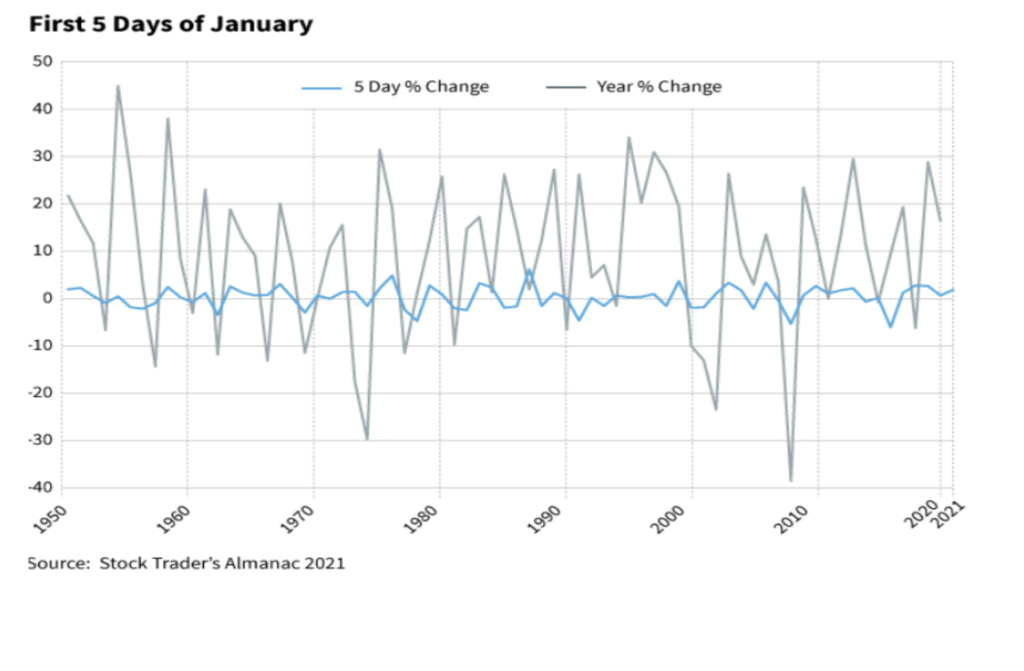 Ok, so we’ve cleared the Early Warning System, so now it’s on to see what the rest of January will look like. 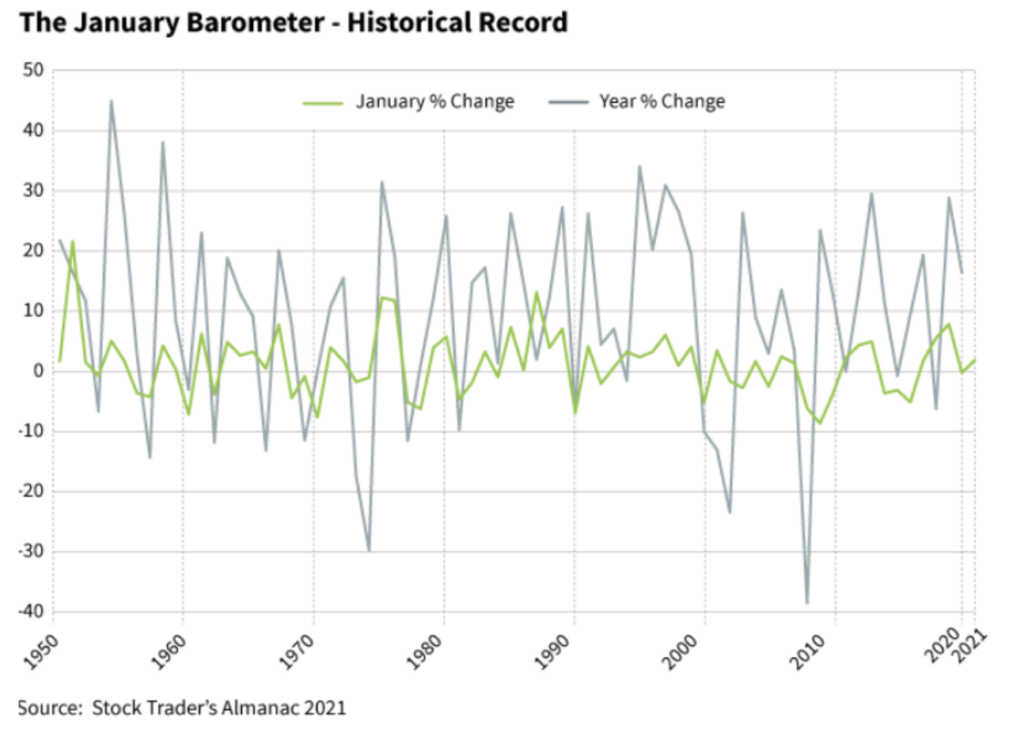 Keep in mind that the market has a bullish bias and there are other months and 5-day periods that are more correlated with positive yearly returns, but I understand why everyone looks to January as hope for the future. No one is going to wait to see how April does before they start investing for the year, even though April has been more correlated with yearly returns in the last decade.

With this week’s CPI report and Jobless claims report, we will see where the market wants to go. Just remember the ongoing themes – recession, stubborn inflation, higher interest rates, etc. We may get a bump higher here and there, but there are plenty of hurdles left to go before we are out of the bear market.

Today’s trade idea is a simple options credit spread for income trade on Microsoft (MSFT). This particular trade has worked well for me, but of course, results can always change, and past performance doesn’t guarantee future results. This is a strategy that is currently under development, but I’ve been forward testing this to compare it against backtested results.

Microsoft is bouncing off a support line and has been trading mostly flat for the last few months. I’m looking for MSFT to remain flat or head higher from here. The trade can still be successful if MSFT heads lower, as long as it remains above 190 at expiration.

I’m working on the backtest for this strategy and so far the largest loss I’ve come across going back 5 years was $593 per spread and that occurred in November of 2022.

What do you think? Is a bull put credit spread the best options strategy here?