Timing Your Entry On Trending Stocks 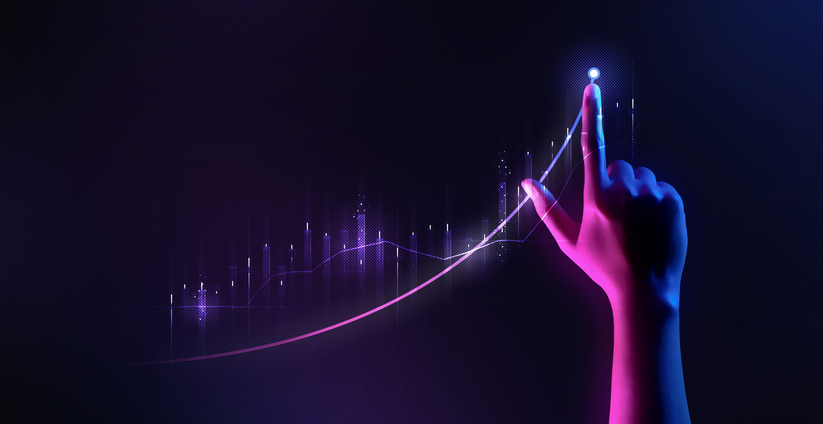 I thought this was supposed to be a week of low volume and no movement.  We got the low volume part, but someone forgot to turn off the selling algos before they left for an early vacation.

Before I get into some trade ideas and we look at placing spread trades on trending stocks, let’s look at a bearish case for the market and a bullish case by viewing a couple of charts.

Here’s the bearish case…The mid-June collapse happened over 6 days and the SPY dropped 12%.  The 5-period RSI dropped below 30.  Now, look to the right and you see that the 5-period RSI dropped below 30 again on Friday.  If we see another 12% drop, the SPY would fall to $370, and wouldn’t you know, $370 is a line of support (shown by the red horizontal bar)!  That’s another 6% drop from where we closed on Wednesday and entirely possible at the rate we’re going.  This would be a higher finish than the June low, but it would be close.

If you look at the last drop in mid-June, the RSI and Stochastic indicators were near overbought territory. The drop that started on Friday started with the RSI and Stochastics already at oversold levels, meaning those two technical indicators were already at the low end of the range before the selling started. Oversold doesn’t mean the selling move is over, but we could see a reprieve from the selling around the $393 level, which also happens to be a line of support going back to mid-July. 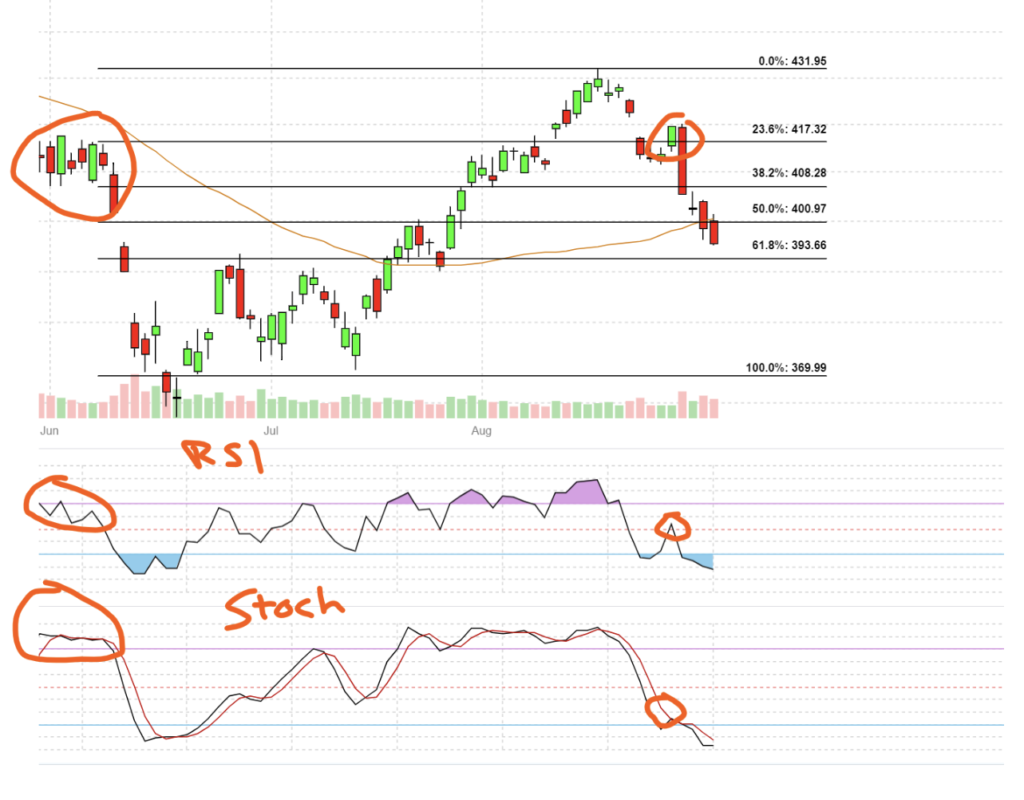 So, what do you do if you want to trade? Here are a couple of ideas depending on your stance in the market.

Here is a list of stocks that are trending up:
DUST – Direxion Gold Miners Bear 2x ETF (inverse ETF) (not meant for long-term holding and will move 2x in the direction of the underlying asset)
EDU – New Oriental Education & Technology Group
FSLR – First Solar
UUP – US Dollar Index Bullish Fund (needs to break through current resistance)

One way to play these would be to wait until they come down and bounce off a key moving average, or look for credit spreads and place your short strike underneath a moving average like the 50-day.

Just because the stocks on these two lists are trending, does not mean it’s the best time to enter (long or short). Let’s use LBRDK as an example. It’s in a clear downtrend and you could place an 21 OCT $110/$115 call credit spread of $0.70 (as of after hours on 8/31). Based on the projected trend lines, I think there’s a good chance this stock finishes below $110 by the OCT expiration date, so the trade would be profitable if that happens.

But it may be better to put this on your watchlist and wait two weeks from now for this stock to be up near $110 and then place your bear call credit spread. The closer the stock is to $110, the more premium you will receive for the $110/$115 call credit spread.

If you place the trade now, you may be ok by the expiration date, but you can enhance the premium received by waiting for the stock to come up a little closer to that higher trend line and then place your bearish trade.

PrevPreviousThe Economy Won’t Quit – But Will The Market?
NextAre Bonds Showing Weakness Or A Bounce Coming In Tech?Next