Our take on the market with a 2nd quarter review and a 3rd quarter outlook should be hitting your inboxes later this week. John Hutchinson lays out key support and resistance levels and what will be the items that will drive the market to those levels. We take a look at where the market went and then give you some ideas of where the market can go next quarter. You won’t want to miss that special report.

In the meantime, let’s take a look at the economic calendar for the week, and later we will continue our discussion by covering different options strategies you can use around earnings season.

Wednesday – CPI – This was the number that caused issues not too long ago, so all eyes will be on the report that comes out at 8 am Eastern. This report covers June and the consensus is a month-over-month increase of 1.1% and a year-over-year increase of 8.8%. However, if you remove energy from the CPI, the consensus is a year-over-year increase of 5.8%, which is actually less than May’s 6.0% increase. If we see this number start to come down some, it will be a sign to the market that inflation may start to be under control, but we still have work to get it even lower.

Wednesday – Petroleum Status Report – While lower inventories suggest weak demand, we would all welcome lower demand if that eventually leads to lower prices at the pump. Lower demand, as long as it’s not too low, would mean inflation could be easing.

Thursday – Jobless Claims – The general consensus is that we will have fewer jobless claims than the week before, once again showing how strong this market can be in the face of the headwinds facing the market. Last week we had 235k jobless claims and this week the market is estimating 234k new claims.

Thursday – PPI Final Demand – The Producer Price Index is expected to rise 0.8% for the month of June, which would match May’s increase. However, excluding food and energy, the increase of 0.5% is less than the prior month’s reading of 0.7%, showing that prices could be stabilizing.

Friday – Retail Sales – May’s numbers showed retail sales dropping 0.3%, but for June we’re expecting to see a month-over-month increase of nearly 1%. We saw the consumer discretionary sector had a bit of a bump up not too long ago, so it would be no surprise for us to see this report showing positive numbers.

Friday – Industrial Production – The consensus here is an increase month-over-month in both production and output from May’s numbers.

Ok, on to the education part.

Last week we talked about trading earnings by using a straddle strategy, in which you would buy both a put and a call at the money, assuming that the earnings announcement would make such a large move that the gains from either the call or the put would offset the loss from the other leg in the position. We used Netflix’s (NFLX) 25%+ moves around the last couple of earnings announcements as an example.

What if Netflix doesn’t move that much though? There could be so many reasons why that might happen. Maybe the market is expecting the numbers to be so bad and if they aren’t, maybe the stock doesn’t move at all. Or maybe you follow a stock that is fairly consistent and rarely has big moves around earnings.

You can use an Iron Condor strategy, which is made up of a bull put credit spread as well as a bear call credit spread.

I remember my friend, Gary, telling me about his success trading Iron Condors and I didn’t understand it at the time, but it has become one of my favorite market-neutral strategies and one to use during times of earnings volatility.

The reason is that the option prices have higher implied volatility during earnings, so the option prices become “overpriced” to their nominal value. You’re then taking advantage of that by selling two different spreads, collecting a premium for each spread. Once earnings are announced, the market has new, known information to dissect and you get what we call the earnings crush right after. The market doesn’t like unknowns, but as soon as earnings are known, volatility drops, and when that happens, you’re able to buy back your spread for less.

Since this is for illustrative purposes and not a trade recommendation, let’s keep going with our NFLX example.

Earnings are coming out on 7/19. If you were bullish on NFLX and wanted to trade a spread during heightened volatility, you could go out and place a bull put spread. Let’s say you set your spread up at a 1 standard deviation price level, you would look to trade an option with a delta of -.16. 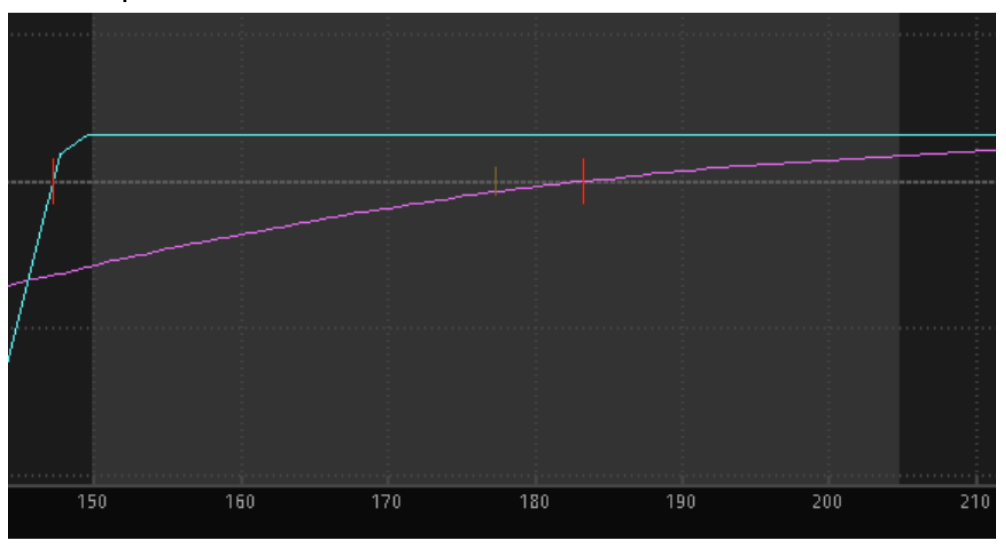 What if you also put on a call credit spread? The risk profile looks like this:

If you put on a bull put credit spread and a bear call credit spread, you’ve created an iron condor. You get to keep the premium from both spreads ($78 + $54) per spread. Your max profit is $132 per spread and as long as the stock stays within the range between your two sold options ($148 and $215), you would collect full profit at expiration.

Again, when you’re using this strategy around earnings, you want the hype machine to build up the option prices, but you want to trade stocks that historically don’t move much after earnings.

With NFLX trading at $177, the stock would have to move 16% to the downside or 21% to the upside before the trade would lose at the time of expiration.

Do you believe NFLX is going to have an earnings event that will drive the price MORE than 16% to the downside or 21% to the upside? If you answered yes, a straddle may be the best strategy.

If you believe NFLX has juicy option prices and there’s no way the stock can drop another 16% or go higher than 21% within a couple of days after earnings, then an iron condor may be the best strategy for you.

Your homework is to go look up one or two stocks that you like to trade and look back over the two-week period from one week before earnings to one week after. Review the last eight earnings announcements and see how much the stock moves during that two-week period. Did earnings typically have a larger move or have they mostly been muted? Now, when your tickers come up for earnings this season, paper trade a straddle and an iron condor and watch what happens.

It’s paper trading, so I encourage you to try placing both types of trades at multiple expirations so you can see how the stock moves during earnings, over time, for each strategy.

If you’ve used “OnDemand” on the ThinkorSwim platform, you can go back in time and analyze what happened during previous earnings announcements and paper trade that way.

Always test your ideas and strategies until you’re comfortable with them, but the Straddle and Iron Condor are two of many ways you can take advantage of heightened volatility during earnings.


If you have any questions, comments, or anything we can help with, reach us at any time.
Email: [email protected]
Phone: (866) 257-3008
Jeff
Guest Writer, Filthy Rich, Dirt Poor
Editor, Wealthy Investor Society
Receive the latest news