What a difference a day can make.  The Fed is back to making speeches that throw the market into a tailwind.  Channeling his inner Volcker on Friday, Powell said, “While higher interest rates, slower growth, and softer labor market conditions will bring down inflation, they will also bring some pain to households and businesses.”

Powell continued, “Restoring price stability will take some time and requires using our tools forcefully to bring demand and supply into better balance.”  That means the market is wrong in thinking that interest rate hikes are going to slow down anytime soon.  And it may mean more 75-point hikes in the near future.

This also means the chances of a recession are rising because forcing a recession seems to be the only solution to solving inflation, whether it be in the early ‘80s or today.  With the desire to bring inflation down to 2%, and core Personal Consumption and Expenditures (PCE) near 5%, the Fed has no other choice but to keep raising rates.

With the incremental adjustments the Fed is making, we can start putting a timeline together for different scenarios.

Keep reading to see where we could go by the end of the year.

Let’s look at PCE as a way of gauging inflation.  The historical average is 3.22%, but the average monthly move is about 0.2%.  That means going from 4.6% in July to 2% is going to take over 12 months.  Even if we can get a dramatic decrease of 0.5% a month, it’s still going to take 5 months to get inflation to the Fed’s goal. 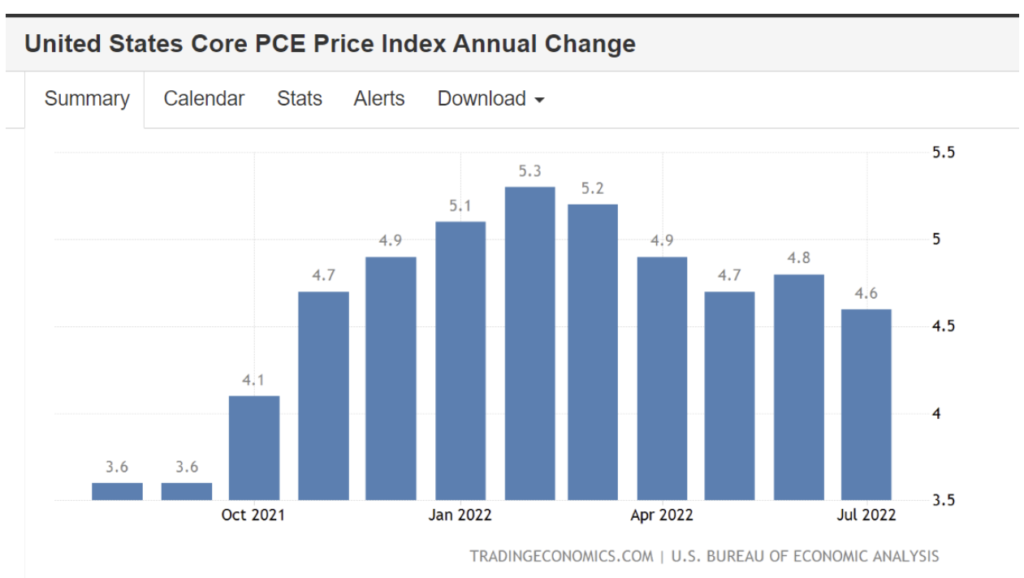 One scenario is that the market is going to return to heightened volatility like what we saw in June.  Here’s a chart of the volatility index, the VIX.  We could see volatility continue to rise over the next two months into the lower 30s.  The market typically acts inversely to the VIX.  We could see the average true range of each trading day could climb, as it did in June.  That means the potential to return to big daily swings in the market.

If you believe the market hates uncertainty and will be volatile until the end of the midterms, you can trade the increase in volatility by trading the VIXY, which is an ETF of the VIX.  Look for VIXY to go from $14.77 to just over $16 before hitting resistance. 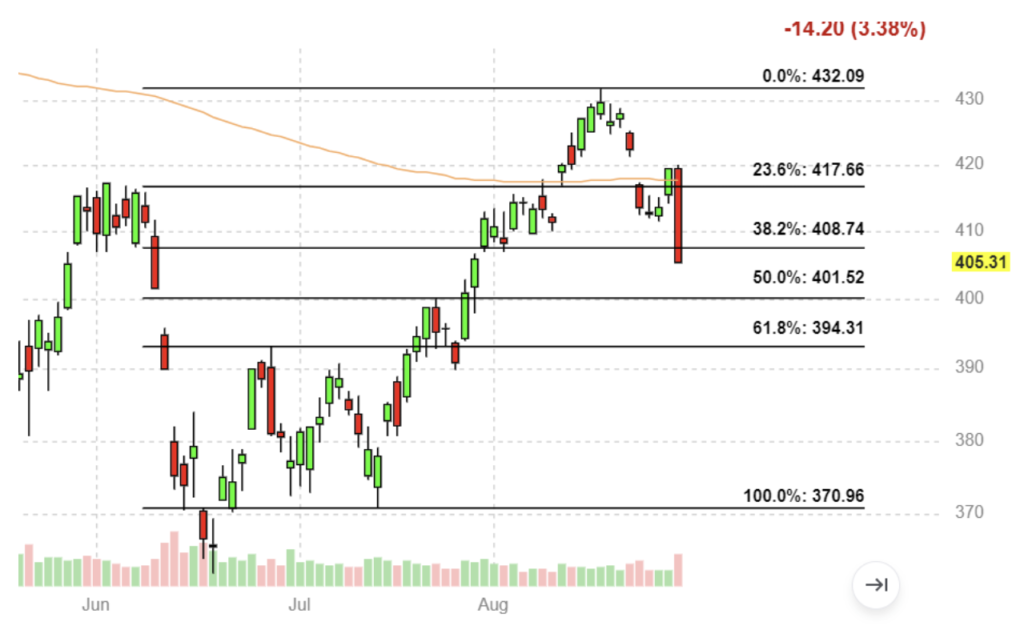 We need the PCE to start dropping and fast, but as long as it stubbornly hangs at elevated levels, the Fed will be forced to keep raising rates quickly. I don’t see an overall collapse in the market, but I do anticipate a rocky couple of months until we get through midterm elections and a few more PCE readings. That will be just in time for Q3 earnings! Never fear. Traders Reserve is here to help you no matter what the market throws our way. We have tactics to handle all types of market moves. If you have any questions, comments, or anything we can help with, reach us at any time. Email: [email protected] Phone: (866) 257-3008