We Warned You This Would Happen

Here it comes…the financial media has FINALLY realized that the Yield Curve is in the danger zone.

We’ve been telling you that for four months. Needless to say, and all puns aside, we’re ahead of the curve.

Let’s be clear RIGHT NOW: the economy is NOT flashing a warning sign. The warning sign happens when the curve inverts, not when it flattens.

Furthermore, economic data to date has shown no breakdowns in the economy. Job losses? Nope. Reduced manufacturing capacity? No. Lowered housing demand? Not a chance.

You’ll see in the days ahead copycat news stories. I wonder though, where were these stories last week when the curve hit the low of .21% or 21 basis points? Nowhere to be found.

The difficulty we all have with stories like this is that it creates another level of angst for investors who can’t stomach volatile markets.

While the 10-Year US note rose today to 2.14%, it’s important to realize that the 2% level is actually important as it brings in international investors who can’t get positive returns in most EU or overseas markets (in cash or bonds).

We need the rate of change in the 2-year yield to slow (it isn’t) to increase the gap and widen the yield curve.

The Fed meeting this week should lend some clarity to the bond market and the yield curve.

While still volatile on a daily basis, the S&P has settled into more orderly trading. That hasn’t changed the daily decline phase. The moment there is positive news out of Ukraine, the index bounces; and sells off when there’s negative news.

Any negatives – whether from the Fed this week or the Ukraine crisis, or economic data suggesting a slowing in the economy, and the S&P will trend down another 5-10% from current levels.

We’re dangerously close to moving down that next level. Here’s the table from the presentation: 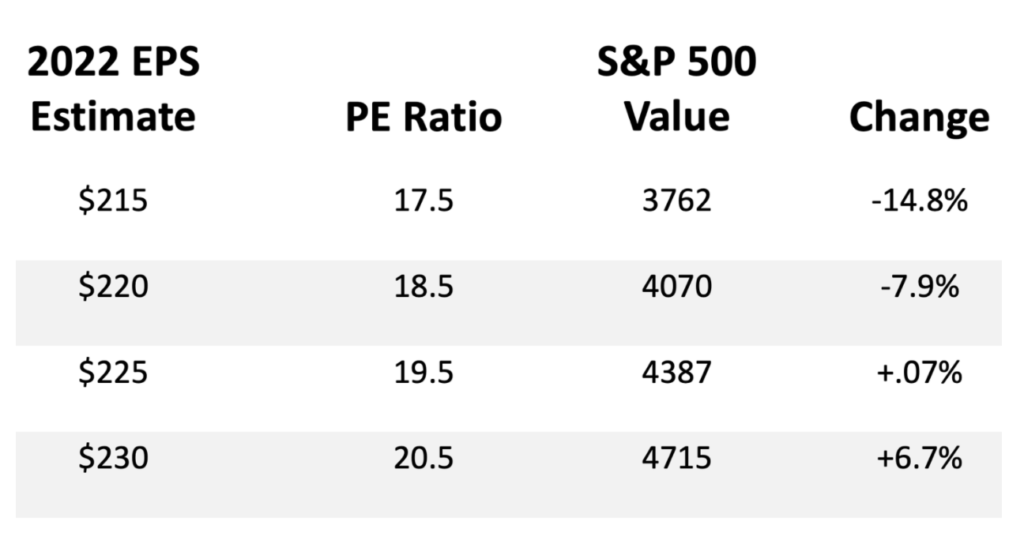 Wealthy Investor to Focus on Inflation, Interest Rates and Recession

Jeff is working right now on an additional first issue special report for Wealthy Investor members which will focus on stocks and ETFs which outperformed during that last recession, the last run of increases in interest rates (2016-18), and stocks which can beat inflation.

This report will be released later this week along with the Metaverse report and a new Wealthy Investor Member’s Website.