What Happened To Fridays? 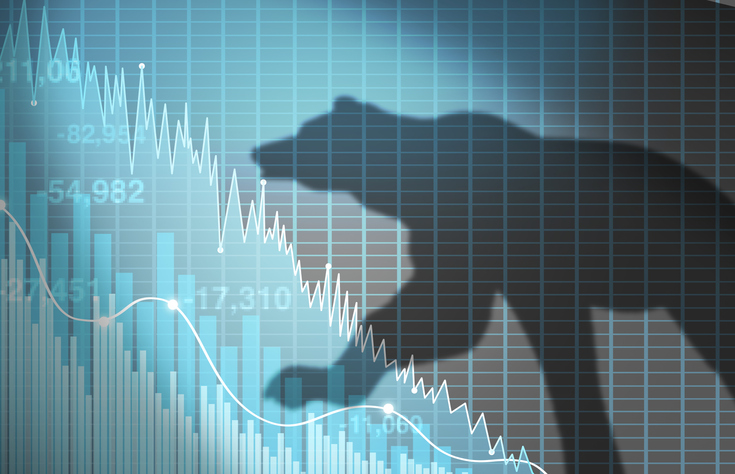 Have you seen the movie, What Happened To Monday? I feel like I should be asking the same thing about Friday. Is it just me, or does it seem like every Friday has big moves and is usually to the downside?

Tuesday continued the selling globally, but that’s not terribly surprising since the Asian and European markets missed the fun last week.

As the U.S. gets ready for the Labor Day holiday this weekend, I want to continue the discussion that we started yesterday and bring in a special guest for the second half of this article.

If the Fed leaves in place the 3.5% interest rate target and accelerates the time to get there, that means we’re probably looking at a .75% increase in September and a 0.5% increase in October. The market has already priced in interest rates up to 3.5%, so despite what happened last Friday, the idea of future rate hikes shouldn’t be a major shock to anyone.

The problem is that we still have a tight labor market and lingering inflation. We have the CPI report, another Fed speech, and the PCE report coming out over the next few weeks and something somewhere needs to indicate a severe drop in inflation, and fast!

What happens when the Fed’s incremental interest rate hikes don’t bring inflation down fast enough? The Fed will likely have to raise interest rates above their 3.5% target and guess what? That isn’t priced into the market yet! That is one reason why we saw the DJIA tank by over 1000 points in a day.

To put it more clearly – prolonged inflation will lead to interest rates above 3.5% and that hasn’t been priced into the market.

Co-CEO of Traders Reserve, John Hutchinson, is going to help me out and take you through what he’s looking for over the next few weeks. You will want to keep reading because he has a knack for being right about these macro events.

John, take it away…

Now we have to contend with the lower ranges in the S&P 500 (again):

If that fails to hold, we would likely retest the June lows (3650 or so), which is another -10% lower from current levels.

Much of this will depend on the CPI report in September and the Fed meeting. Another .75% rate increase was not priced into the market (market expectations were for a half-point, or 0.5% increase in September and October).

The 10-2’s Yield Curve currently sits at -35 basis points; the low in the curve was -49 and had been trending back toward the mid-20s (still inverted, but that was moving in the right direction).

Putting things together: the week ahead won’t have much in the way of ‘news’ that should move markets. That combined with lower trading volumes due to the Labor Day Holiday might be just enough to keep the S&P at or above 4,000, or at least in the range I’ve marked out on the chart above.

While there are positive signs for inflation – oil is much lower from June; gas prices are slowly declining, housing prices are declining, and supply chain prices are lowering – we need to have a 1% to 2% decline in the rate of inflation in the next month or two.

Come back tomorrow and we’re going to continue the discussion and talk about the three things you can do to protect yourself. Are you ready if we see another May-June? While we can’t tell you what to do, I will write about three ways you can get mentally prepared for different scenarios in the upcoming market.