What Used Cars Are Telling US About Inflation

Has anyone searched for a used car lately? It wasn’t long ago that I was able to make money from buying out my lease and selling my car as used. It was crazy. I was getting paid for them to buy me out of my lease.

The pandemic caused a surge in used car demand as shortages hit global supply lines. New cars were hard to come by and public transportation ceased in several cities. This presented companies like Carvana (CVNA) with an incredible opportunity, which helped rise their stock from $50 to over $350 in two years. They are a mess now and may go bankrupt, but they are a good example of just how wild the used car market was for two years.

The used car market was frequently blamed for the initial spike in inflation. The Manheim Used Vehicle Value Index (of course this is an index for such a thing) shows just how out of control things became during the pandemic.

As we discuss inflation peaking and heading lower, this index shows while that is true, we have a long way to go before reaching pre-pandemic levels, at least in terms of used car values. It’s also interesting to note that the index was flat from 2011 to 2017, but that’s a story for a different day.

Used car prices are only part of the inflation problem, but it is nice to see it moving in the right direction.

The auto market and the housing market show us quite a bit about inflation and when the Fed may start its pivot. Next up is the Housing market, which I’ll save for next week.

The trade idea for today is another seasonality play. With the end of the year and new year’s resolutions around the corner, it’s time to get in shape with Planet Fitness (PLNT). 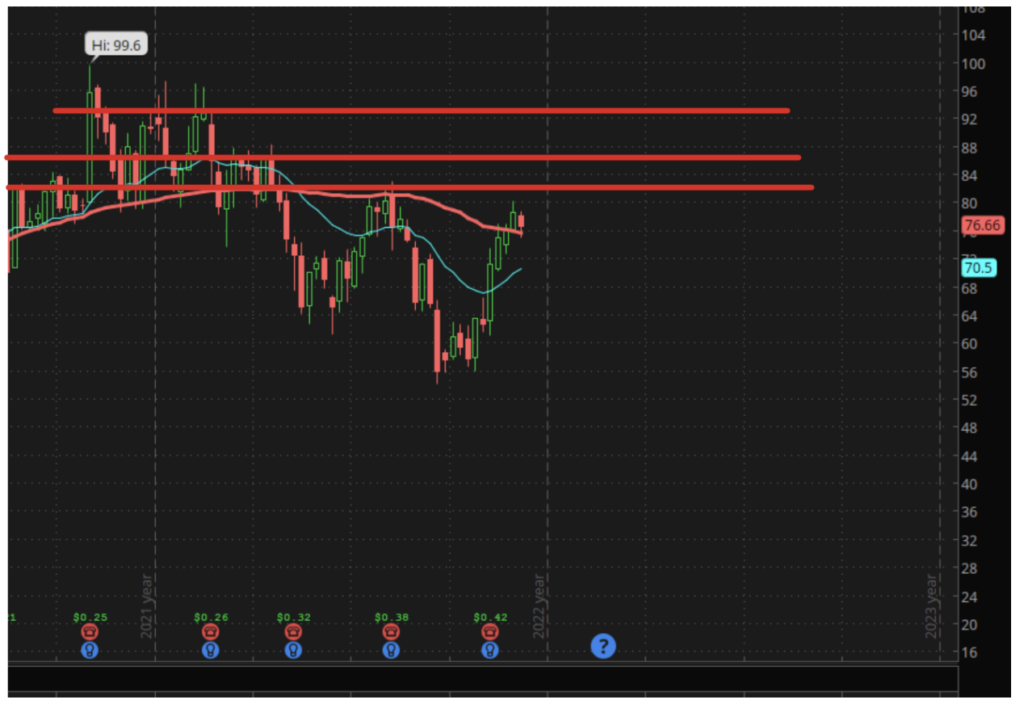 The stock is trading at $76.66 right now. If there isn’t a bounce of the longer moving average, I would expect the stock to come down to its 20-day moving average of around $70.50 – $71, which could provide a good entry point for this stock that historically rises over the next five weeks with an 85% accuracy and an average move of 4.5%

Since 5 weeks is right around the January expiration and options decay faster as they get closer to their expiration, I’d go out a month to the 17 FEB 23 $75 strike price. First, we need to see how it reacts to the moving averages, but a bounce could be around the corner prior to the new year.