Which Sector Is Most Likely To Beat Earnings Estimates? 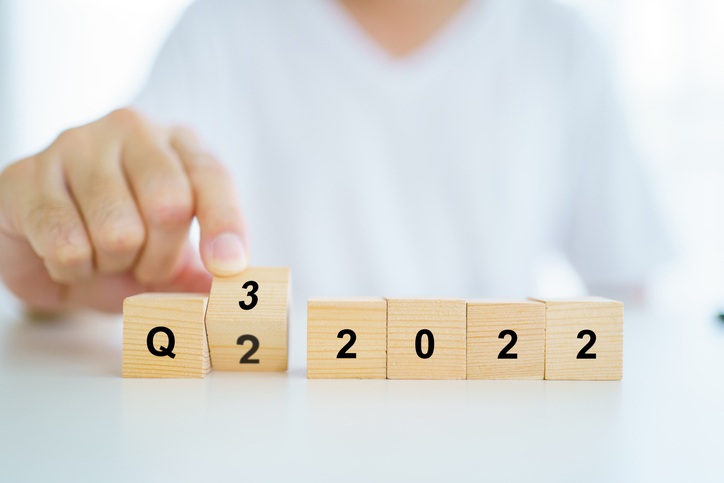 Inflation has taken over and that has put pressure on earnings. We’ve been talking about margin compression for a few months and we’re seeing that with earnings this quarter as companies are beating estimates but by less than average.

The good news is that we’re still increasing net profit margins over a 5-yr average and margin compression could finally let up in Q3 if inflation comes down. 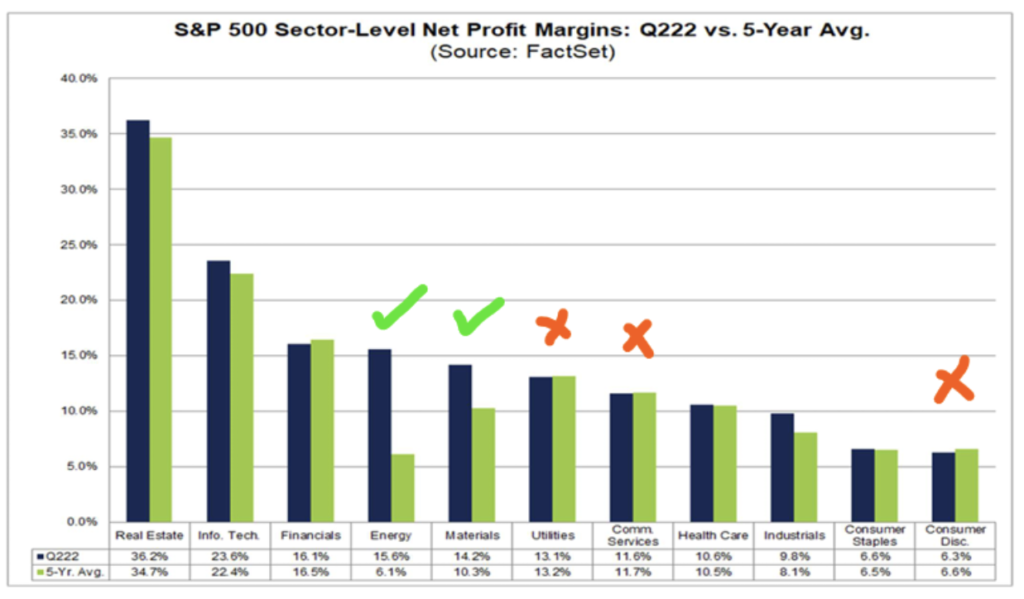 Just because a sector has tightening margins doesn’t mean stocks won’t beat their estimates. In fact, the one sector that is reporting the largest positive difference between actual earnings and estimated earnings has also had 100% earnings surprises so far, but is on par with their 5-year average net profit margin.

Keep reading to know some stats you’ll want to know before you place your next earnings trade.

Health Care is the best sector with 100% of their companies beating estimates so far and the Financial sector has fared the worst with only 42% of the reported companies coming in above estimates. So if you’re eyeing a company for an upcoming earnings play, you may want to look at the chart below to see if you’re more likely to have a positive earnings surprise. 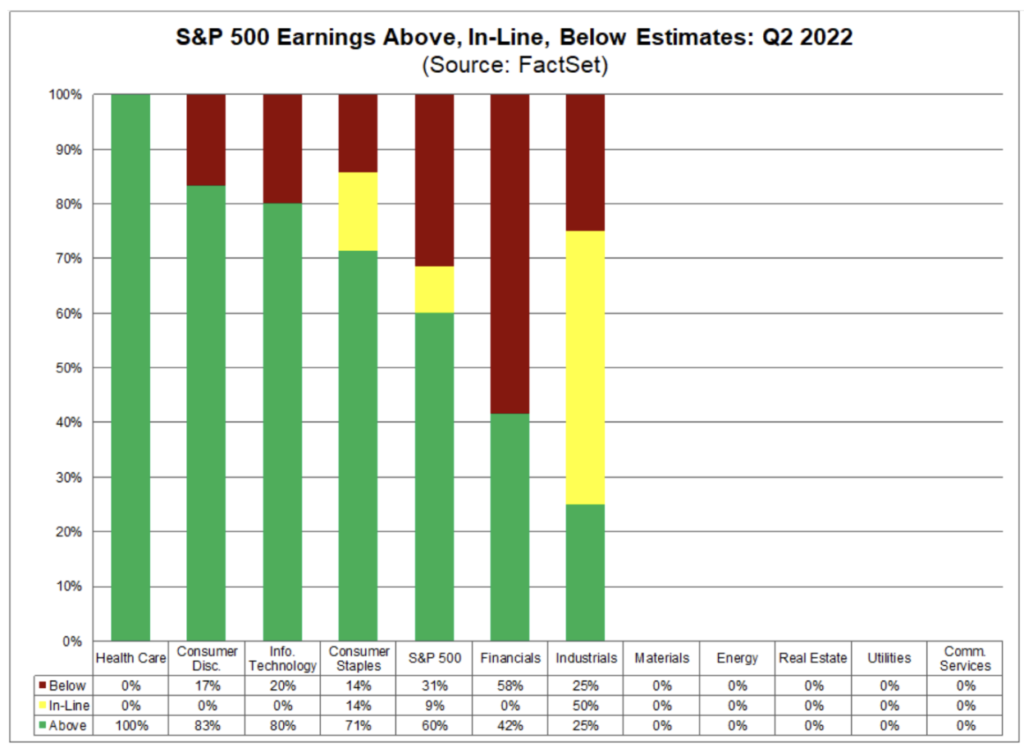 That said, the market is rewarding positive earnings surprises less than average. The market is also being kinder to companies with negative earnings surprises. That means while some companies could certainly be an outlier, it makes me more hesitant to put on a straddle than let’s say, an iron condor. We have seen Netflix (NFLX) rally by about 10% after earnings, but that’s a far cry from the over 20% drop last time and they rallied after losing more customers than the last time they reported on cancelations.

Looking ahead to Q3, we are seeing an above-average number of S&P 500 companies issuing negative EPS guidance, and yet the market has been rallying this week. Even as tech companies like Apple (APPL) and Alphabet (GOOG/GOOGL) announce hiring freezes, the market continues to push higher as more money is coming in from the sidelines.

Perhaps that is because the forward 12-month P/E ratio for the S&P 500 is 15.8, which is below the 5-yr average of 18.6 and the 10-yr average of 17.0. The trailing 12-month P/E ratio is 17.6, implying that stocks are at a discount to future earnings estimates, even if EPS guidance is lower going into Q3. We could see this rally have some legs as we beat previous swing highs. Watch for the pullbacks.

What do you think? Is this a bear trap? Did we put in the market bottom already? Or with lower guidance for Q3, are we going to have a mid-summer rally and face the music in Q3?

We’ll have to see how the market reacts to a 75-100 basis point increase announcement next week.